New Sensors Can Track Our Trees’ Response to Global Warming 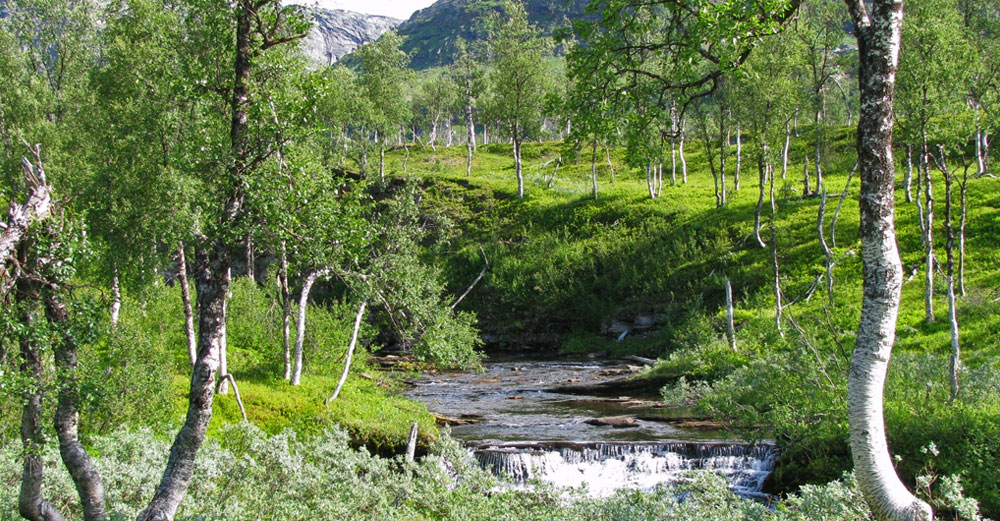 More pulp. More paper. More lumber. Could increased timber production as a result of a longer growing season and other factors be a silver lining to the dreaded phenomenon of global warming?

According to Andrei Lapenas, associate professor of climatology at the University at Albany, that is the hope of many, yet the dream may be nothing more than wishful thinking.

“You might expect that trees, in response to warming, would grow faster and that we would have more timber and everything would be just fine,” he said. “However, it appears that trees are using this warm period to invest more into fine roots instead of into timber.”

To find out for sure how trees are responding to warming, Lapenas—who studies coniferous trees in boreal forests—set out to investigate where trees are allocating carbohydrates, or sugars, which comprise the currency that trees use for growth and metabolic activity. Unfortunately, no instrument existed that could directly measure allocation of carbohydrates in trees.

That’s why Lapenas, along with James Castracane, professor and head of the Nanobioscience Constellation at SUNY Polytechnic Institute, are developing a sensor—modeled after the sap-sucking aphid—that directly measures changes in carbohydrates within individual trees in real time.

“The new device will give us the data we need to understand how trees are responding to climate warning,” said Lapenas.

From Kidneys to Trees

According to Lapenas, one of the problems associated with directly measuring tree carbohydrate concentration is the need to avoid the tree’s defense response. “Trees transport carbohydrates through the phloem,” he said. “But anytime you insert an instrument through the bark and into the phloem, the tree responds by sealing the wound to stop the flow of sap, the same way submariners seal off a place where they have a leak.”

In nature, Lapenas knew that aphids could bypass the defense response of trees, and he began to wonder if it would be possible to build a sensor that mimicked the insect’s capability.

He approached Castracane for help after learning about the researcher’s glucose microsensor, which monitors sugar levels in organs—especially kidneys—that have been harvested for transplant.

“We developed this microsensor using integrated circuit fabrication methods,” said Castracane. “We built it to be flexible for easy application to organs.”

The two scientists, along with a few other experts, decided to investigate whether the principles involved in the glucose microsensor would work to measure carbohydrates in trees. They started by writing a proposal to the SUNY 4E Network, which ultimately was funded for $135,000.

“A three-campus, interdisciplinary collaboration was enabled by the 4E Network grant,” said Castracane. “The funding allowed us to build a prototype to demonstrate ‘proof of principle’ in the lab. We used this prototype, which was very successful, to build preliminary data with which to apply for a bigger proposal from the National Science Foundation.” In December 2014, the team learned that the NSF proposal would be funded in the amount of $837,000.

The team built three sensors to measure glucose, fructose, and sucrose in trees. “That should take care of about 95 percent of all carbohydrates by total concentration in trees,” said Lapenas.

The sensors to be developed as part of the larger NSF project will contain silicon needles that mimic the proboscises, or trunks/noses, of aphids. “Aphids have biomolecules in their saliva that allow them to get around plant defenses and feed to their hearts’ content,” said Castracane. “The sensors we are developing will have the same capability. The silicon needles contain biomolecules that sense particular carbohydrates, as well as calcium blocker molecules that avoid the natural response of the tree.”

Castracane explained that behind the needles are reservoirs that contain an enzyme that produces an exothermic reaction—meaning it generates a little heat—when it comes into contact with carbohydrates. That heat is then turned into a voltage by sensor electrodes, and the voltage is directly proportional to the various carbohydrate concentrations.

So far, the researchers have tested the devices in the laboratory, and they have worked beautifully. The team’s ultimate goal is to deploy the sensors onto as many trees as possible in a particular forest and to then collect data on the trees continuously to learn about changes in carbohydrate allocation throughout the day and based on a number of growth-limiting factors, such as soil moisture and nutrients, and the amount of sunlight and temperature. This work will begin in spring 2015.

“The mathematical models we use to calculate future levels of atmospheric carbon dioxide are based on the assumption that trees will continue to allocate carbon into timber and roots at the same proportions, just as they did before the warming,” said Lapenas. “Such a scenario would lead to increasingly greater timber production, which would be good for our economy, but that doesn’t seem to be the case. Our new sensors will give us the clearest picture yet of how real trees will respond to climate warming.”