On February 3, 2015, Carl Heastie, Stony Brook University alumnus, was named speaker of the New York State Assembly, replacing Sheldon Silver and his 21-year hold on the position. Heastie becomes the first African-American speaker in state history. In his opening remarks, Mr. Heastie promised to bring a more inclusive leadership style to the Assembly and vowed to address the issues that brought trouble to legislators throughout the state, calling for an office of ethics and compliance that members can use as a resource. “Reform is just a must at this point,” Mr. Heastie said.

This alumni profile was originally posted on February 12, 2013: 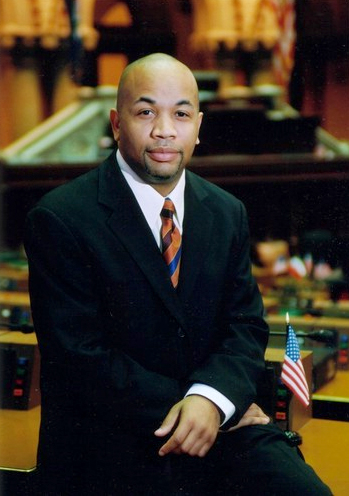 Carl E. Heastie, Stony Brook University ’90, was elected Assemblyman for the 83rd A.D. in Bronx in 2000. Assembly Member Heastie has been called one of the most active assembly members by his colleagues. He is the Chairman of the New York Assembly Committee on Cities.

Since taking office, Assemblyman Heastie has become one of the leading negotiators for the construction of the new schools in his district. He has secured funds for his district in the seas of housing, education, after school programming, health and human services, jobs readiness and computer training. 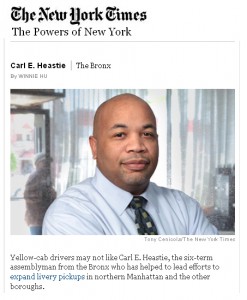 Assembly Member Heastie was the author of the Wage Theft Prevention Act which provided stiffer penalties for employers that steal wages from employees and passed a law that prohibited the sale of Nico-water to children under 18 years old.

He also authored a law to help victims of domestic violence be released from lease obligations if it is found that if they remain in the residence it would keep them in a dangerous situation.

Prior to taking office, Assembly Member Heastie was employed as a budget analyst in the New York City Comptroller’s office where he researched, prepared and authored reports on the City’s spending patterns. This experience in budget analysis is one of the strongest skills Assemblyman Heastie brings to the New York State Legislature.

Assemblyman Heastie is second to none when it comes to his ability to evaluate numbers. This skill was learned at Stony Brook University, where he earned a Bachelor of Science degree in applied Mathematics and Statistics and an MBA in Finance from the Bernard M. Baruch College (CUNY). Even as a child growing up in the New York City Public school system, he has always had a love for math.

Assemblyman Heastie continues his community involvement as a member of the Williams Bridge Branch NAACP, National Council of Negro Women and Grace Baptist Church. His involvement is not just limited to memberships though. On any given weekend, you will find him making his rounds to support block parties and street fairs, giving monetary donations and helping out whatever he can.

Assemblyman Heastie will continue to push his agenda; addressing education, economic development and furthering the interests of the elderly.