Blending Performance Across All Mediums, This Alum Stands Up At the Top 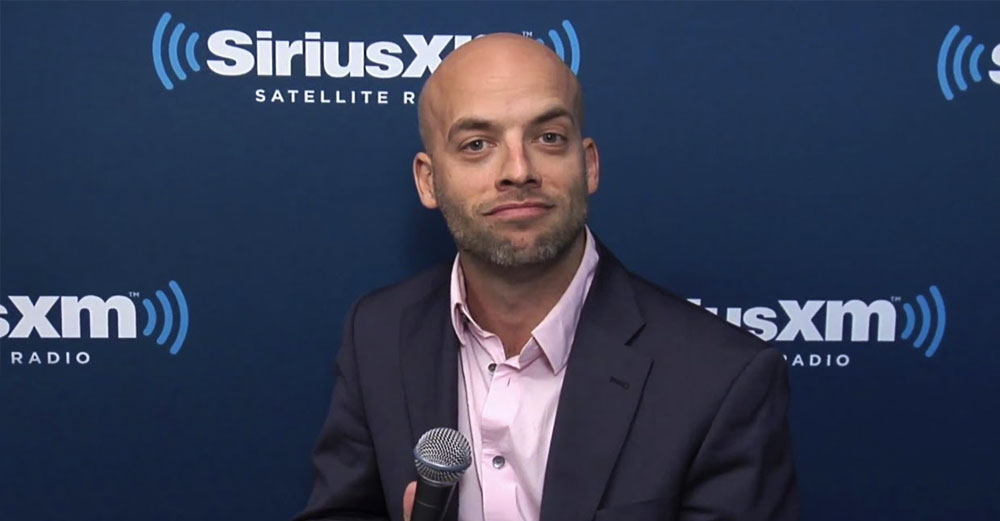 When Pete Dominick was just in high school, he knew that his goal in life was to make it as a stand-up comedian and performer. Now more than 20 years later that vision is a reality and more, as Pete is a known figure on the stand-up scene and also radio, as his voice is heard daily on Sirius XM’s Insight, where he is host of “Stand-Up with Pete Dominick.” With all of his success in comedy and media, he credits his time in college as the source of what made him what he is today as a performer.

Pete is a 1995 graduate of SUNY Cobleskill, where he earned a degree in Liberal Arts & Sciences and was also very involved in campus culture and activities. In college, he spent time as a resident assistant, lacrosse player, PA announcer for the basketball teams, participant in student government, theatre, and more. Although he kept himself busy throughout his time at Cobleskill, Pete looks back on his time and wishes he could have gotten involved in even more extra-curricular activities. Why? He says “whatever it is you might NOT be interested in, you never know when you might be. It’s kinda weird to me that students wouldn’t explore everything their school has to offer. If it’s there, take advantage of it.”

When asked about his biggest influence gained in college, he simply states that college provided him with many opportunities to meet different people and get involved and learn about groups and activities that he never could before. “The thing that mattered most to me about my college experience, and one of the most fundamentally important experiences of my life, was really just being immersed in the culture and having my best friends be African Americans from New York City. I didn’t have that diversity in high school growing up, and they taught me not only about a culture different than my own, but also about humor and comedy. I had nothing in common with these guys except for comedy, and that connection in humor brings people together. Being attracted to the diversity offered at Cobleskill that I didn’t grow up with was better than any course I took.”

These experiences helped Pete to become the performer and media personality that he is today. He admits that his first stand-up comedy performance was at a talent show at SUNY Cobleskill, which was a nerve racking experience. But the outcome must have been good, as since then he has performed live at more than 300 colleges across the country and still makes a yearly return to his alma mater to perform during student orientation in the fall. In addition to his stand-up comedy performances, Pete was recently addressed the graduating class of 2013 at Cobleskill as the commencement speaker:

Doing shows at comedy clubs across the country wasn’t the only path forward for Pete after graduation. Regularly discussing current events, politics and social issues, as well as his personal life in his live shows, Pete gained a reputation as an energetic and enthusiastic performer known for “working the crowd,” and talent scouts soon began to take notice. It wasn’t long before the opportunity for television work was offered, and soon enough Pete found himself as the audience warm-up for The Daily Show with Jon Stewart, which he then parlayed into a full time audience warm-up role on The Colbert Report which he held for six years. After his time with Comedy Central, CNN came calling for Pete’s talents, placing him as an “offbeat reporter” on John King USA, which later turned into his own half-hour news wrap-up show, What the Week.

Today, Pete’s performance skills have adapted to a different medium in radio, where he is the creator and host of Stand-Up with Pete Dominick on Sirius-XM radio. Based on political discussions, the show makes an effort to explore much more, including race, energy, education policy, veterans’ issues and even parenting. Today, Stand-Up is a show that carries a reputation as a powerhouse. The Huffington Post even called it “truly the best political talk show on the air today.”

“When I was in college, I didn’t really think about those things. I knew I wanted to be in front of people, and that I had a lot of empathy for people and a lot of curiosity about minorities and people from other countries and cultures. But I didn’t find myself as any kind of activist or anything. Today, I feel like what we’re doing is really unique and impactful.”

An outlook on the future

As a talk show host, comedian, and parent of two daughters, Pete carries a vested interest in education with him. He regularly performs at his alma mater and would even like to make a system wide tour through all of the SUNY schools something to accomplish in his career. While performing at the more than 300 college campuses he has, Pete says he is optimistic about our next generation. He says “a lot of people tend to criticize millennials because of the screens that are distracting them, but that’s a cop out. That’s just the world we live in. But it’s a great privilege to perform in front of these college students and getting to see what these kids are taking advantage of and learning, and I’m excited about the future. I’m constantly injected with a sense of optimism.”

As a graduate of the SUNY system, the optimism extends toward its future contribution to his family. “My daughters are only 10 and 7, but I find myself wondering about their college educations from time to time and how to pay for it. It’s always been kind of strange and interesting to me how the SUNY schools are seen as inferior to private schools in New York or elsewhere, but they’re just not. By every metric, they’re as good or better than so many schools in the rest of the country. And when I think of where my daughters will go to college, I certainly want them to stay local because I love them so much, but I I don’t ever think of my kids going to private school. I only think ‘What SUNY school will my kids attend?’ ”