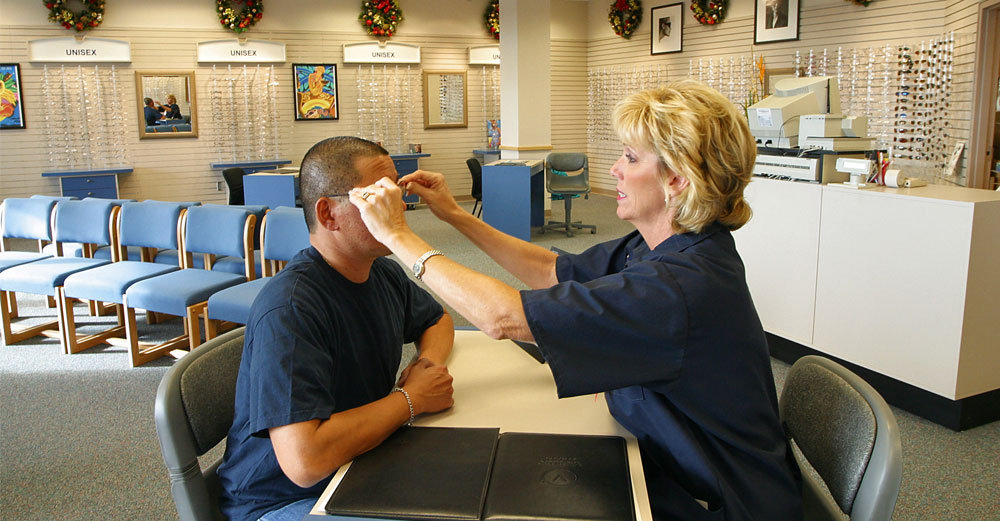 Michael Wallerich, a second year Doctor of Optometry (OD) student at the SUNY College of Optometry, is one of several students at the College who has taken advantage of a unique program that provides students with advanced knowledge of the business of health care. Michael’s interest in optometry and the ophthalmic industry began while he was still in high school and he started working in the eyecare center at Shopko, a retail chain that operates stores throughout the Midwest. After several years there Michael gained an understanding of the business of optometry—from the clinical to the retail and beyond—and his interest was piqued.

“I’ve spent a lot of time around the health care industry in general and I’ve always been interested in the clinical side of things as well as in research,” Michael  said. “But I’ve also become really interested in the business aspects of health care as well, and I recognize the importance of it as I pursue my career.”

Two years ago, SUNY Optometry signed an agreement with SUNY Empire State College to jointly develop and deliver a first-of-its-kind program among schools and colleges of optometry. The Advanced Graduate Certificate in Optometry Business Management, an 18-credit, six-course program, is also fully applicable to the MBA program offered by Empire State. The program was specifically designed to provide OD students at the College with the opportunity to expand their knowledge of business practices and theory as a way of complimenting their optometric education and, because the portion of the program that is taught by Empire State is done entirely online, it also provides flexibility for busy OD students.

In the fast-moving, ever-changing health care environment, the need for practitioners to learn and understand the business of health care has become an indisputable fact. Students are catching on to this reality. In fact, SUNY Optometry’s program was developed as a direct response to the increased level of interest from students, not only within optometry, but throughout the various health care professions.

Shortly after he arrived at the College in August 2013, Michael learned about the program and enrolled. While the extra workload hasn’t always been easy to balance with his optometric responsibilities, the flexibility of the program has helped him develop a suitable schedule for his studies. His drive to learn as much as he possibly can has been a strong motivator as well. In fact, Michael recently decided to enroll in the full MBA program at Empire State.

“I’m really looking to gain as much as I can from my experiences at SUNY Optometry,” he said. “I’m active in the New York State Optometric Association and I participate in other activities on campus as well. I see the MBA as part of the learning process that I’m engaged in while I’m here and it’s been enormously rewarding so far.”

Michael has found his interaction with other students in the program to be helpful, particularly because many of them have come to the program from a variety of different backgrounds and experiences. As a result, they regularly offer different perspectives on the issues being addressed.

“Optometry is in an exciting place within the health care right now,” Michael said. “And it’s important for those of us within optometry to understand as much as we can about health care and the world around it so that we can help lead our profession forward.”

Michael also recognizes that what he learns in his business courses now will help him later on when he’s delivering care to patients.

“As a practitioner, I believe that the more you know about the business of health care, the better doctor you will be,” he said. “Not only will this knowledge help doctors understand the big picture more fully—how the system works from broad and varied perspectives—but it could also help them get into leadership positions where they could effect change within the system itself. That’s something that’s very exciting to me.”

As SUNY takes aim at graduating 150,000 students per year by 2020, we are asking the State to #InvestinSUNY by enabling us to create for our campuses an Investment Fund to support the scale up of evidence-based programs known to support student success. We are also seeking an extension of NYSUNY 2020 and rational tuition. Students want a continued rational tuition policy so they can plan to finance the full, known cost of a full degree program – but they can only commit to their share if the state also does its part.