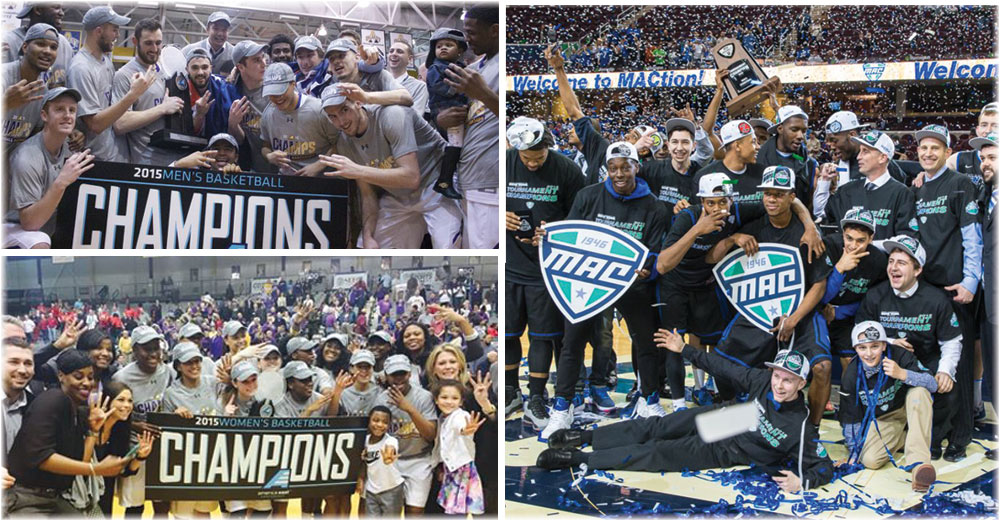 For the first time ever, The State University of New York is sending three basketball teams to the NCAA Tournament, or March Madness. For the third year in a row, the University at Albany Men’s and Women’s Basketball Teams are both slated to compete in the fierce bracket-style contest that takes place across the United States in March and April. They will be joined by the University at Buffalo Men’s basketball team who are off to the tournament for the first time in school history.

In 2014, the University at Albany sent both the Women’s and the Men’s Teams to their respective tournaments. The Men came out firing and won their first NCAA tournament game in school history. This year, SUNY is yet again thrust into the national spotlight when the competition begins this week.

The Seawolves, led by 2014 and 2015 American East Player of the Year, Junior Forward Jameel Warney, took the lead with 2:24 left in the first half and held on tight, dominating most of the second half. With seconds ticking down in the game, Albany dribbled down the court down two. Ray Sanders drove hard to the basket but was unable to connect, when players from both the Great Danes and the Seawolves fought for the rebound that was eventually tipped back into the hands of Junior guard Peter Hooley. With less than 2 seconds on the clock, Hooley released the ball and drained the game winning three-pointer. The shot landed Hooley and the Great Danes into the NCAA Tournament, and into the media spotlight, including ESPN’s top 10 plays.