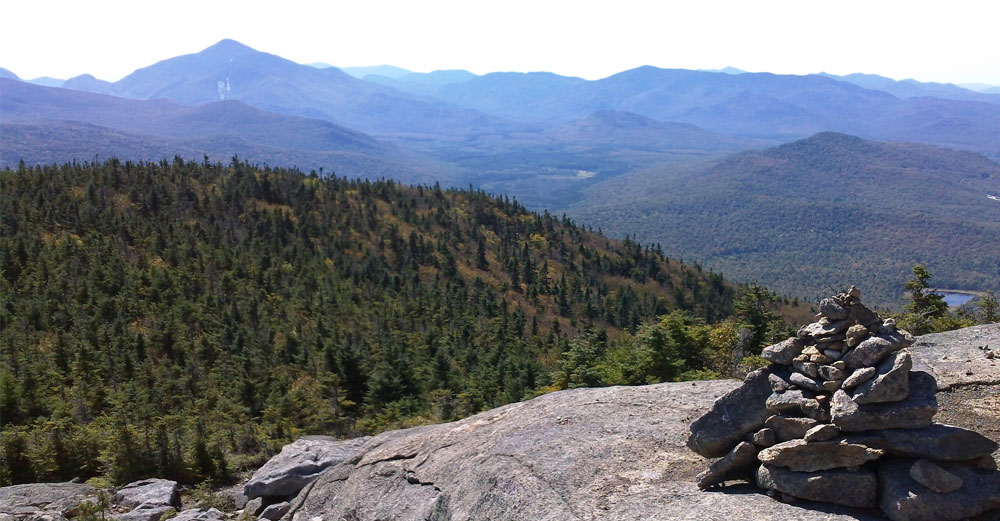 It’s a natural fit: Eric Leibensperger (SUNY Plattsburgh), Huiting Mao (SUNY College of Environmental Science and Forestry), and James Schwab (University at Albany) all live within a few hundred miles of one another, with the Adirondacks roughly in the middle. Each conducts research on regional atmospheric chemistry, and all three share concerns about long-term climate change. But it took a grant from SUNY 4E – one of six Networks of Excellence, focusing on research in energy, environment, economics, and education – to jump start their collaboration on Adirondack air quality and climate.

“With this first grant, we were simply aiming to form a partnership,” says Leibensperger, an assistant professor in the Center for Earth and Environmental Science. “SUNY 4E was the perfect vehicle, because it allowed the three of us to come together, spend two days discussing our research, and find out where our interests overlapped. We focused on the North Country and Adirondack region, talking about issues that are not only important from a scientific perspective, but also to policy makers, environmental planners, and anyone living in the region. By the end of the second day, we’d begun outlining possible projects, distilling them into a single proposal, and developing ideas for funding.”

Out of those discussions came an EPA grant application to study the effects of wintertime wood smoke on Adirondack air quality, using portable, low-cost sensors to measure community exposure to pollutants, especially ozone, carbon monoxide, particulate matter (PM), and volatile organic compounds (VOCs). Based on work being done elsewhere in the Northeast, there’s already a clear connection between wood heating, air quality, and asthma; what’s unique about this proposal by Leibensperger, Mao, and Schwab is their focus on the Adirondack region, where wood burning is the primary source of heat for many people, and where recorded data on climatic and atmospheric conditions dates back almost 50 years.

“This is a remarkable, far-ranging project and a great example of the collaborations we’re building with 4E,” says Dr. Neil Ringler, vice provost for research at SUNY College of Environmental Science and Forestry, who serves as one of the co-champions of the network. “This is my 40th year with the college, and in the last few years of 4E, I’ve seen more synergy and more SUNY-wide activity than ever before. These are multidisciplinary projects that include at least two of the four themes in the network, and faculty members are really embracing the concept.”

In the weeks since submitting their first grant application, Leibensperger, Mao, and Schwab have finished a second proposal that focuses more closely on using portable sensors to produce real-time air-quality data, accessed via App, that will inform community decisions about environmental policy, along with helping scientists analyze and model the long-term effects of anthropogenic climate change in the Adirondacks. In the upcoming months, they’re also considering a project to investigate the presence of mercury and persistent organic pollutants (POPs) in the Adirondack atmosphere, which is particularly vulnerable to contaminants traveling from distant coal-burning power plants, and investigating new opportunities from the National Science Foundation and the U.S. Environmental Protection Agency.

With the collaboration just beginning, all that’s certain is that the three intend to keep working together. “Until recently, there hasn’t been a lot of institutional support to break down the barriers between researchers at different SUNY schools,” says Schwab, a professor at Albany’s Atmospheric Sciences Research Center, which operates the Whiteface Mountain Summit Observatory. “With 4E, that paradigm is shifting, and at the same time, there’s an increased interest at the EPA in community air monitoring and at NASA in miniaturizing sensors. There’s a convergence in what federal agencies are looking for and our group’s experimental interests. The questions we’re looking at as a team are going to be around for a long while, and I expect this collaborative effort to keep going into the future.”

“Each of us is very strong at what we do,” adds Mao, an associate professor whose general research interests include regional tropospheric chemistry and intercontinental transport of trace gases. “And when the three of us work together, we become even stronger.” 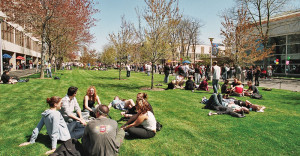 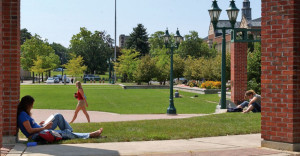 Next post 10 Tips for Living Green On or Off Campus