Believe it or not, each year more than 18,000 new species are discovered across the world. Some of these species are already extinct but many of them are alive and waiting to be discovered. In order to make sense of this vast number, a team from SUNY ESF’s International Institute for Species Exploration along with an international committee of taxonomists compiles a list of the top 10 new species annually.

Last year, we shared with you the top 10 species from 2014, featuring a 12-meter-tall tree, an anemone on ice and a wasp called Tinkerbell. This year, scientists have discovered a desert spider, a frog that gives live birth to tadpoles, and a 500 pound dinosaur “chicken.” Scientists hope that these species can help fill in the missing links in our evolutionary history.

Let’s see and learn about what was uncovered this year. 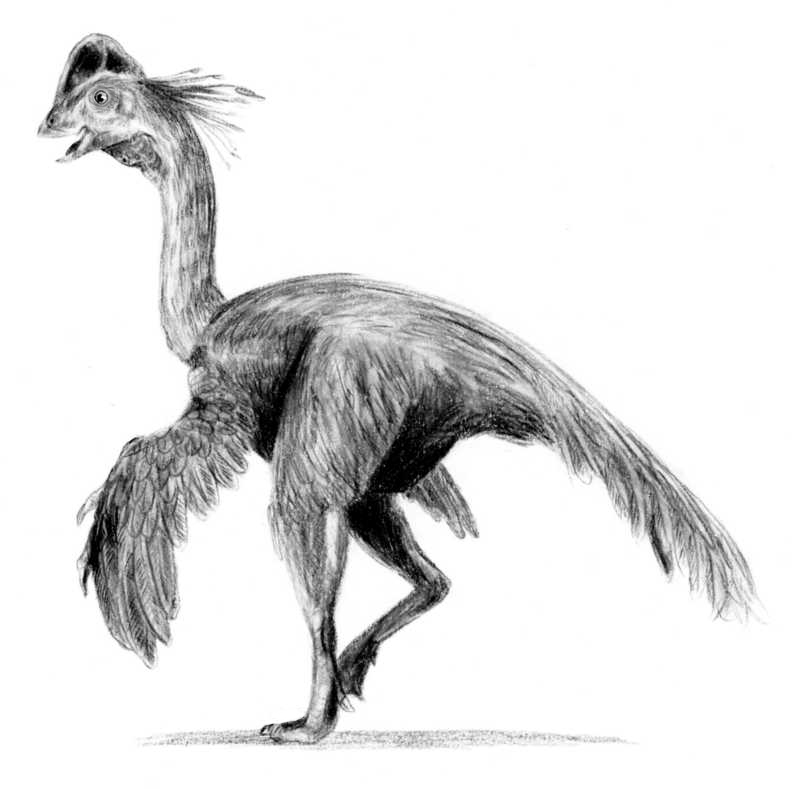 Affectionately nick-named the “Chicken from Hell” by paleontologists, this 5 foot, 500 pound dinosaur is “as close as you can get to a bird without being a bird” according to study leader Matt Lamanna. Living at the same time as the T-rex, this species had hollow bones and sat on it’s eggs until they hatched. Discovered in the United States, this caenagnathid kicks off the list.

Read more on the Anzu Wyliei 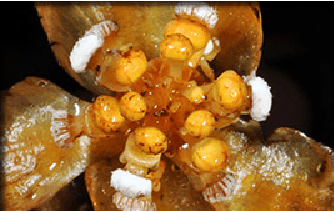 This parasitic coral-like plant was discovered in the Philippines. Parasitic plants are unable to produce their own chlorophyll so they must gather their nutrients from other living plants. Although it was only recently discovered, already it is considered endangered. There are less than 50 known plants so far and it was discovered on unprotected land. 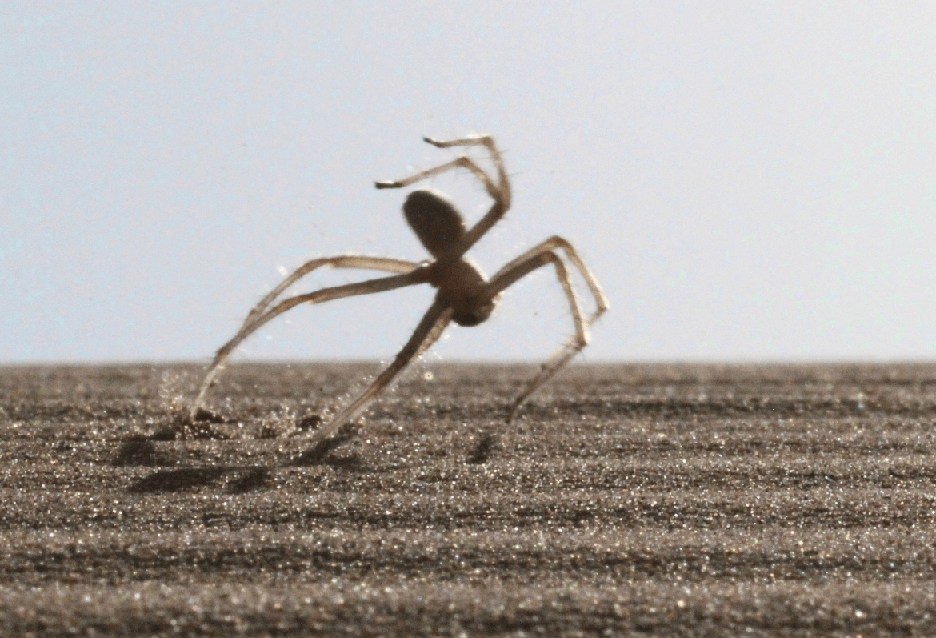 This desert arachnid has a very unique last line of defense. When this spider needs to it cartwheels towards its threat at high speeds. Unperturbed by hills and sand this newly discovered species rolls to frighten off predators only as a last resort. Residing in the Moroccan desserts, this bug is an acrobat not to be reckoned with. 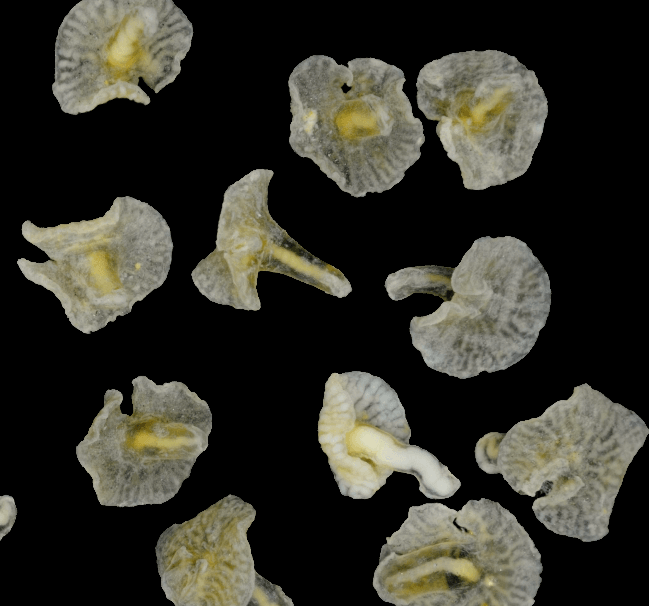 These multi-celled animals are best known for resembling mushrooms. Not only a new species, these creatures could represent a whole new phylum. Although there is evidence to suggest that these animals are related to the phylum Cnidaria (jellyfish, hydras, and sea anemones) or Ctenophora (comb jellies) they are missing several of the key identifiers of these groups.

Read more on the Dendrogramma Enigmatica

This wasp has a unique way of protecting its young. Like other wasps it makes a nest with several compartments. But unlike other wasps the mother of this species will leave one egg and one dead spider in each compartment for her young to consume for nourishment. But the real surprise is the nests last compartment which houses up to 13 dead ants. These dead ants release a chemical smell that wards off potential predators. And this method is effective. These bugs have significantly lower parasite levels than other wasps found in the same region of China. 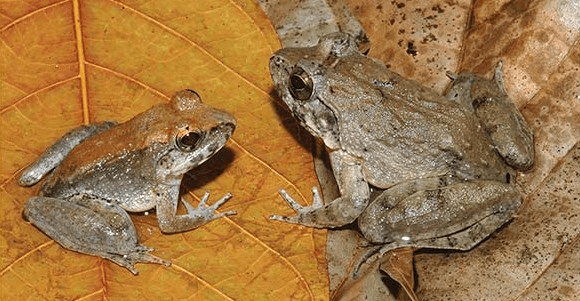 This unique frog was discovered in Indonesia. What makes them so special is that this is the only known species of frog to give live birth. Rather than lay eggs female frogs give birth to tadpoles. In one case a frog even birthed a tadpole into a researchers hand! These particular frogs can be found above flowing streams, in grassy vegetation, and rocky substrates.

This 9 inch stick bug is fairly common in the Vietnamese town of Tam Dao but it managed to escape the attention of entomologists until this year. This lengthy bug doesn’t even come close to the title of world’s longest which is held by another species of stick bug at 22 inches. This bug is, however, still part of a family known as giant sticks. This huge discovery leads scientists to believe there are many stick bugs left to explore. 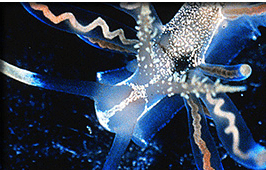 This beautiful sea slug was found off the coast of Japan. But beyond their unique appearance these slugs also serve a unique scientific classification. This creature is thought to be a “missing link” between sea slugs which specialize on corals and those that feed on hydroids. This new species is approximately an inch long. 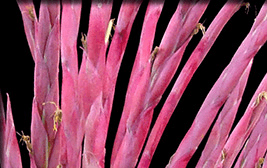 This bright pink plant is frequently used in Christmas decorations in it’s native Mexico. In spite of this, however, no scientist had ever document this bold botanical until just this year. The grow on cliffs and vertical walls and bloom from December to March. 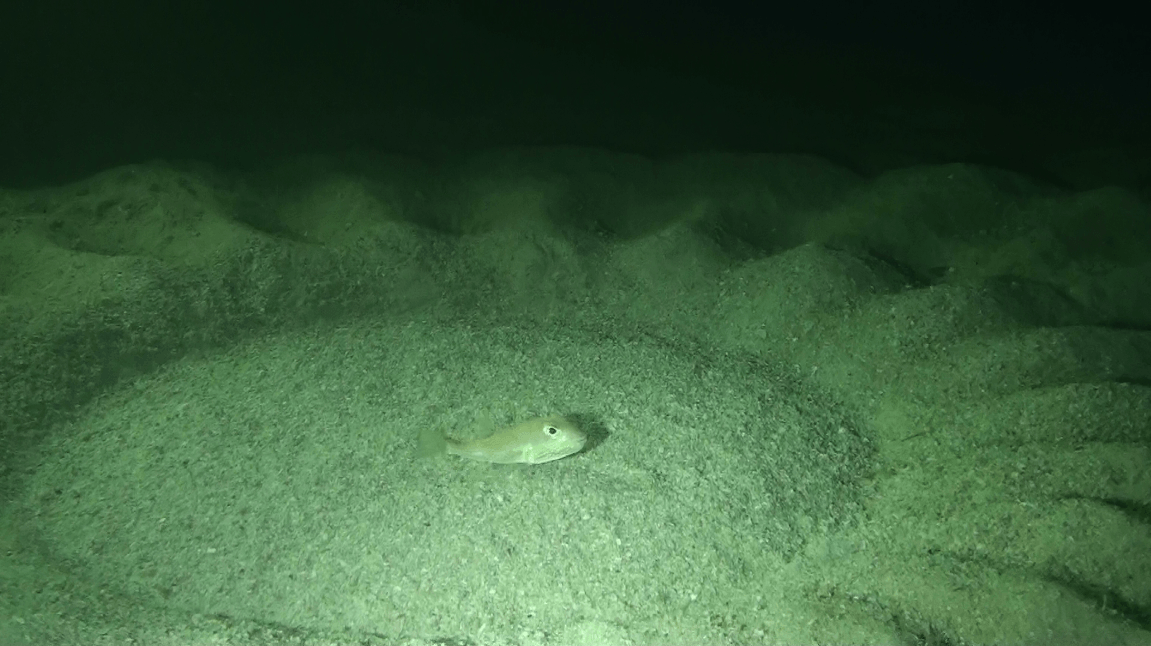 Long before this puffer fish was discover, its nest were. In 1995 these nests were as unexplainable as crop circles. That is until this year when this fish was discovered. Coming in at number 1, this unique spotted fish builds these elaborate nests in order to attract a mate and they are used only once. The sand edges of the nest serve to minimize ocean currents and create ideal mating conditions. The discovery of this new species is the answer to a 20 year mystery.