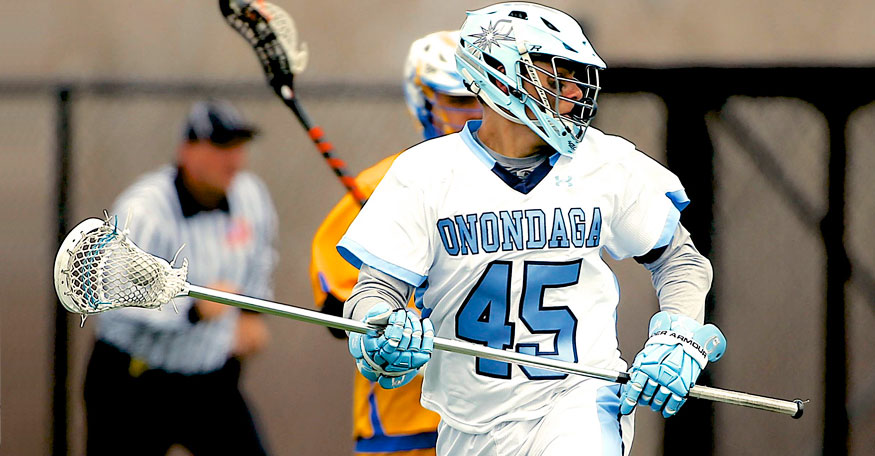 The Onondaga Community College men’s lacrosse team continued its decade of dominance with its seventh consecutive national championship, defeating the Community College of Baltimore County at Essex 16-8 on Sunday. The win closes the season with a perfect 18-0 record in which the Lazers outscored their opponents 448-56 while extending their winning streak to a NJCAA record 105 wins in a row. Congratulations Lazers! Go SUNY!

For a sport that has been around for hundreds of years, it took less than 20 years for a community college in upstate New York to become a consistent powerhouse as one of the best programs in the nation. The Onondaga Community College Lazers have been blazing quite the trail for themselves and the school over the last 5+ years as they have taken a strong stance against losing. The OCC men’s lacrosse team is currently in the midst of a 103 (yes, that’s one HUNDRED three) game winning streak that started on March 27, 2010. When the streak reached 98 consecutive wins on April 13, that set a new NJCAA all-time mark for consecutive wins across all sports and divisions. In addition to that stellar win streak, they have secured 11 straight NJCAA Region III Championships and 8 of the last 9 NJCAA National Championships.

MLAX: BREAKING NEWS – @OCCLACROSSE has received the top overall seed in the upcoming @njcaa Men’s Lacrosse National Championship on May 9.

How does a small school in central New York maintain this type of performance? Winning breeds winners, but the efforts at maintaining that tradition extend from the field to the coach’s offices. According to Sports Information Director Sean Farnsworth, the coaches spend much of their time recruiting through the northeast, but also venture north to Canada and as far west as California to find the best players available. The large mix of players brought in to play for the Lazers are brought in for both their skills and personalities, and it shows. Farnsworth says that the team is more like friends playing lacrosse, not lacrosse players forced to become friends. There is a “very close-knit team atmosphere in the locker room and on the field.” To bring talent from coast to coast that can mesh together so well says great things about the success and draw of the program.

The closeness of the team extends beyond the season and into the community both on and off campus. Each year during the summer, OCC holds a summer lacrosse camp for kids that provides them with opportunities to learn the game. The coaches, players, and alumni all take part by providing individual instruction of all phases of the game with the attendees in a spirited, fun-filled environment. It’s a great way to stay close to the game and reach out to the community to find more fans for all involved. 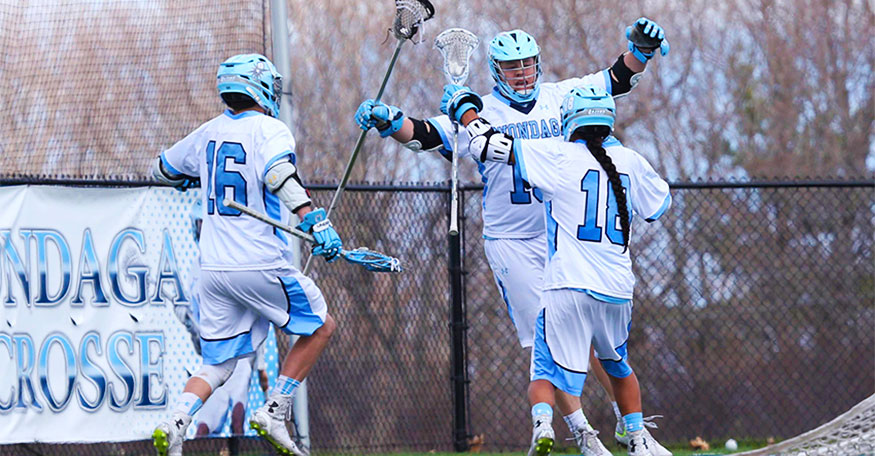 A Stepping Stone to Further Success

The success and recognition of the Lazers has spread beyond upstate New York through the streak as well. The team regularly fields All-American athletes that become honored alumni and continue their college playing careers at national powerhouse teams after their NJCAA time is over, and even professionally in the National Lacrosse League after that. To date, nearly 120 OCC alumni lacrosse players have moved on to continue playing elsewhere. The current Syracuse Orange lacrosse team fields 4 OCC transfer students as the #2 national ranked team in the NCAA Division I lacrosse tournament, and their statistics show why they were coveted:

The next challenge on the schedule takes place this weekend as the Lazers head to Baltimore for the 2015 NJCAA Men’s Lacrosse National Championships where they face off against fellow SUNY school Genesee Community College in the national semifinal on May 9th at 1:00. Having outscored their opponents 415-42 this season, the Lazers are in good position to make some more noise in this year’s tournament.

The games at the 2014 NJCAA Men’s Lacrosse championships can all be streamed online as they happen, so we can all watch to see if 105 wins in a row will be reached.

In addition to the men’s team, the OCC women’s lacrosse team is also competing for a national title this weekend as they host the 2015 NJCAA Women’s Lacrosse National Championship at Onondaga’s David W. Murphy Field. The OCC women are ranked #2 coming into the weekend, where they will face off against #4 Harford Community College.

SUNY athletics is indeed continuing a successful year with growth and recognition through the spring season.