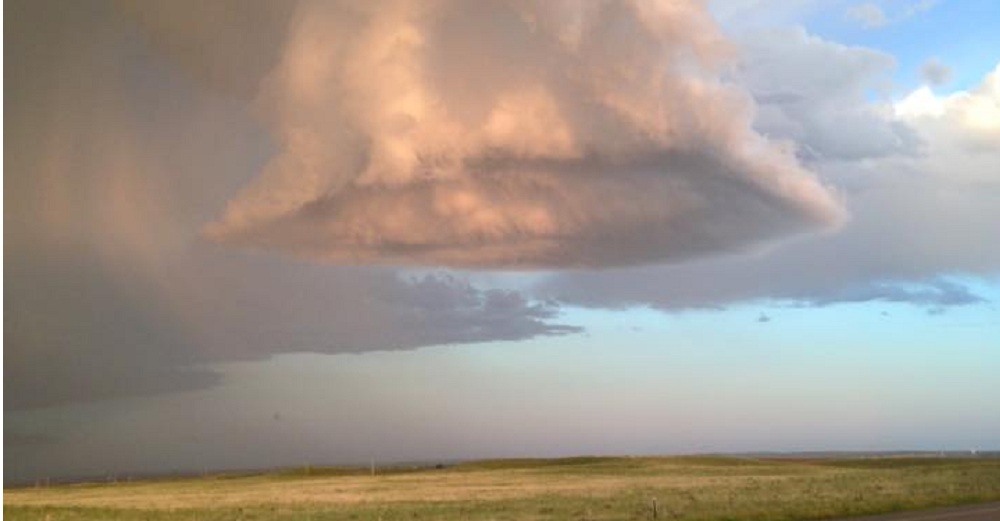 The start of June was also an important beginning of the hunt for the SUNY Oswego Storm Chasing Class. Started in 2007 as the “Storm Forecasting and Observation” class, this traveling fieldwork gives students real-world experience in observing weather patterns and predicting weather changes. In the course of this three-week program, students roam across the Great Plains, focusing on areas known as “Tornado Alley,” according to program coordinator Dr. Scott Steiger of Oswego’s meteorology program. They make a forecast every day, then set out to the location they most suspect will offer extreme weather conditions. At the end of the chase each day students compared their forecasts with the actual events of the storm. “By going out, looking at clouds, feeling the temperature and the moisture in the air, they are learning by observing,” Steiger explained.

While Tornado Alley doesn’t have clear boundaries, Texas, Oklahoma, Kansas and parts of Nebraska are considered its core — although the Storm Chasers use a very wide scope and consider anywhere they can make it to safely fair game for their next target. By the end of their first night, the Storm Chasers reached Rapid City, South Dakota, where they were able to watch a storm. On June 6, the team finally saw a tornado in Winona, Kansas. Participants in the program find the hands-on work extremely valuable toward their future endeavors, gain valuable networking experience and have stories that could amaze future employers in job interviews.

Last Thursday was their last day of storm chasing for the summer. To look at this years photos you can follow them on Twitter, Facebook, or on their storm blog.

A similar South Dakota storm was caught on time-lapse video at MSNBC.com to show the type of weather these Storm Chasers were dealing with:

These students escaped their walls and took the classroom from inside to outside where they were able to feel the atmosphere and see weather changes in real time. The trip is really a learning experience like no other.