An Understanding of Sub-Nano Materials Makes Miniature Even Smaller 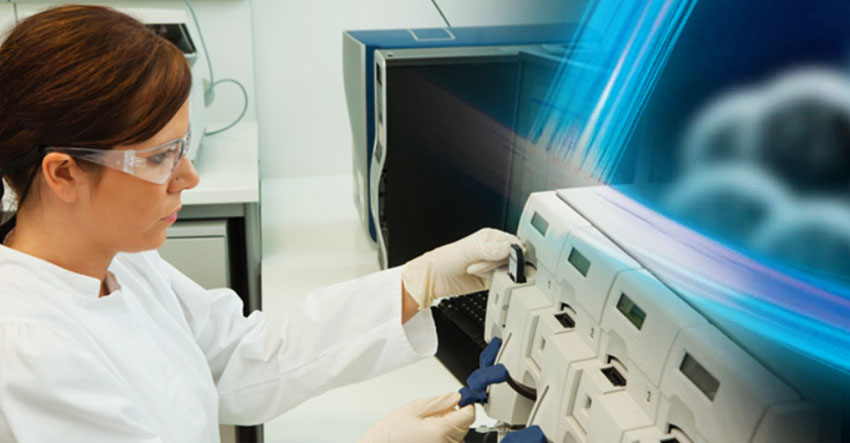 Can you imagine a device that’s able to measure the properties of something as small as a single atom? Not only does does this sub-nanoscale metrology system exist, but it’s expected to enter the commercial market this year. It’s called the PSi1™ system, invented at our very own University at Buffalo (UB).

Buffalo-based Precision Scientific Instruments, Inc. (PSi™) expects to start selling the premier edition of its new PSi1™ system in the third quarter of 2015. Principal investigator Jason Armstrong Ph.D., a faculty member in the Department of Mechanical and Aerospace Engineering at UB, developed the disruptive technology behind the PSi1™ with two colleagues, Harsh Deep Chopra Ph.D. and Susan Hua Ph.D. PSi™ holds the exclusive worldwide license. Armstrong and Gerry Murak, President and Chief Executive Officer of PSi™, collaborated to develop the premier commercial version of the PSi1™ system, which can isolate a material as small as a single atom and measure its electrical conductance properties with a very high degree of resolution.

PSi™ is also readying a Force Module with even greater capabilities, for a 2016 release. The Force Module will provide ultra-precise measurement of the mechanical properties as well as conductance. “The Force Module is targeted at a much larger market,” says Murak. “Even more researchers will be interested in its capabilities.” Scientists will use it, for example, to measure atomic reconfiguration and behavior under load. This means that the device will help track the distribution of electrons of an atom or molecule.

With PSi1™, researchers will be able to study the properties of sub-nanoscale materials with a higher resolution system. Why is this important to scientists who are developing new technological devices? When a material is that tiny (only one or two atoms!), it behaves very differently than larger samples of the same material. If scientists can understand materials at that small a scale, they can potentially develop new devices that are even smaller, lighter, faster and less expensive than what we use today.

The origins of PSi1

Most of the grant funding for the premier commercial version comes from the SUNY Technology Accelerator Fund (TAF), which invested $50,000 in the project in 2013 and, again, in 2014. Along with the TAF support and PSi’s own investment of over $300,000, the company has received $50,000 from a private investor to help commercialize the UB invention. That work is currently in progress. Via Technology of West Seneca, N.Y. designed circuit board assemblies for the base system, and SoPark Corporation Buffalo produced those complex assemblies. The two western New York firms are doing similar work for the Force Module.

As the PSi1™ approaches the market, Murak notes that the two TAF investments, made two years in a row, have provided a particularly important boost. “The sequential funding has helped us to shorten the time to go from the base module to the Force Module,” he says. The TAF awards have also helped the start-up attract additional support. “When potential investors see that we’ve received SUNY Research Foundation grants that provides tremendous credibility and validation.”

The EIRs help PSi™ mainly with a market research technique called “voice of the customer,” which uses carefully structured surveys to get feedback on a prototype system. “The surveys are targeting specific research scientists on both the academic and corporate side who are likely users of such a system,” says Murak. PSi™ has used the customer feedback, for example, to make the software interface even more user-friendly, he says.

One of the EIR grants allows Armstrong himself to serve as an EIR, bringing his special expertise to the survey work. “We need a scientist who understands this particular technology to interview the researchers,” Murak says.

As PSi™ prepares the base system and Force Module for market, it’s also developing a module that measures the behavior of sub-nano materials in a vacuum and extremely cold (cryogenic) conditions, and another for biological applications. The vacuum and cryogenic module will be especially useful in spacecraft design, says Murak. “Making materials lighter is very important to space exploration, because of the amount of fuel it takes to escape earth’s gravity.” Sub-nanoscale materials could hold the key to greater efficiency, but only if scientists understand how they will behave outside the earth’s atmosphere.

Such research boosts the chances for PSi’s success. “We want to make sure that when customer receives our system, they are able to use it in the way that best serves their needs,” says Armstrong.