From City Budgets to Fighting Fires, This Alum Does it All 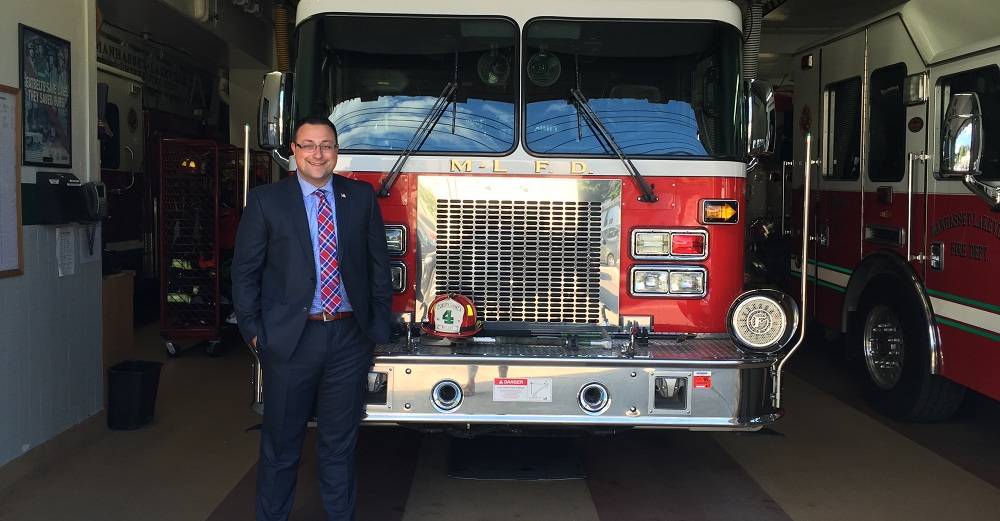 In a city of more than eight million people, there are a lot of services and programs that need financing in order to maintain a civic and social standard for residents. The New York City Office of Management and Budget oversees the city’s preliminary and executive budgets and advises the Mayor on issues affecting New York City’s fiscal health and the efficiency of those services and programs. That’s a responsibility of overseeing more than 78 billion dollars!

Joe Antonelli is the Assistant Director of the Mayor’s Office of Management and Budget in New  York City. This means that he oversees all of the criminal justice agency budgets (NYPD, Correction, Probation, District Attorney, etc.) for the city of New York. And if that didn’t keep him busy enough, he is also a volunteer firefighter, a Lieutenant in fact with the Manhasset-Lakeville Fire Department, on the side. So how did an alum from Stony Brook University rise to these positions? We were lucky to get that story right from the source. 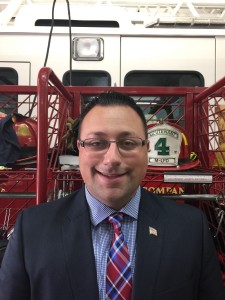 everything started with his parents. His mother worked for the federal government as an IRS agent and his father worked over 30 years for the NYC Department of Correction. Although he credits both his parents with instilling an interest in government work and civil service, in particular he credits his father with giving him a particular interest in criminal justice. His father started as a grants manager and worked his way up to the rank of First Deputy Commissioner, having also served a stint as Interim Commissioner under Mayor Bloomberg. “Having grown up around it, I developed a fondness for the subject area,” Antonelli said.

So Antonelli went on to pursue that interest. He went to college at Stony Brook University and studied Economics. While at Stony Brook he joined various extracurricular activities and was particularly involved in the student government. In his sophomore year, he was a Senator in the Undergraduate Student Government. By his junior year, he was the President of the Undergraduate Student Government, as well as the Downstate University Center Representative on the Executive Committee of the SUNY Student Assembly. And in his senior year, he was the Treasurer of the SUNY Student Assembly. And since Antonelli has always like to keep busy, in his senior year he was also an intern in the Students Accounts office.

After completing his BA at Stony Brook, Antonelli went on to get an additional MPA in Criminal Justice Policy and Administration from CUNY John Jay College of Criminal Justice. So, with a college education under his belt, Antonelli got ready to move on to the next phase of his life. From here he saw several career paths laid out for him. But in particular he pursued two of them.

“Given my interest in criminal justice/public safety, I saw 2 possible career paths; one on the front lines as a Police Officer, or on a more macro-level as a budget/policy analyst. While pursuing both paths concurrently, the job opportunity at the Mayor’s Office of Management and Budget happened first. I was hired as an analyst overseeing the Department of Correction in March 2011.” 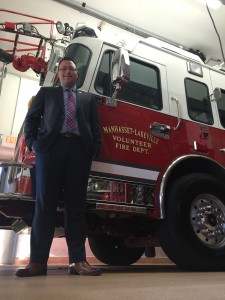 Following that initial appointment, Antonelli served in a variety of roles and most recently he was promoted to Assistant Director in July of 2014. In this role he is in charge of the Administration of Justice Task Force, which oversees the budgets of all NYC criminal justice agencies.

As for the volunteer firefighting? Antonelli says it was a no-brainer.

“It has given me the opportunity to be a first responder while also pursuing a career in budget/policy in similar issues. I joined shortly after I graduated from Stony Brook, when I moved back home in 2009.”

Last march he was elected 2nd Lieutenant of his fire company.

What advice would this accomplished alum give to current SUNY students? Well he says to get involved!

“My best advice to all students is to get everything they can out of their SUNY experience by joining clubs/organizations, get involved in student government, etc. as I did while I was at Stony Brook. The intangible skills I gained while in my various roles has done more than I could ever imagine to help advance my career. There is so much more to college than just the classroom experience and I would urge all students to do everything they can to be involved in extracurricular activities.”