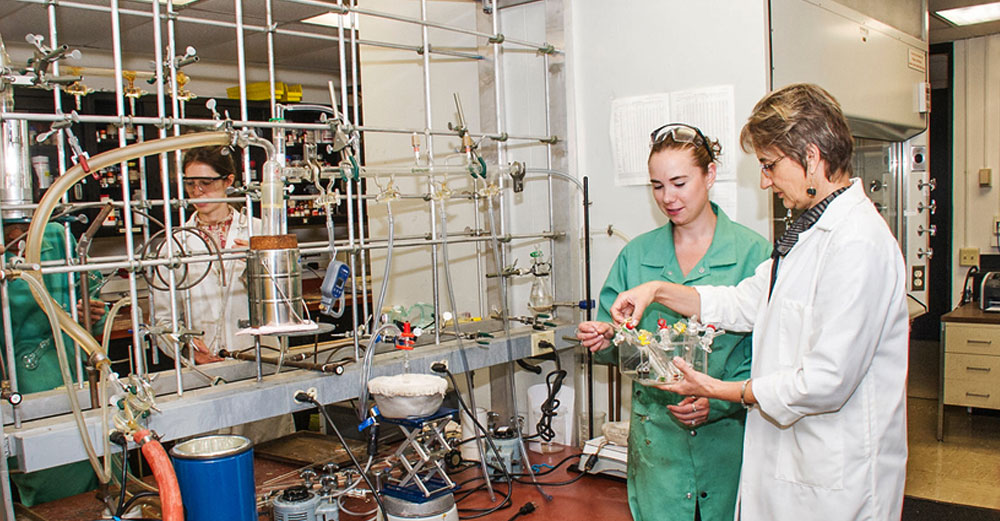 We’ve all been there before. You’re chatting with friends online or using your maps software to get directions to that new place in the center of town. All of a sudden, you get a warning of low battery on your phone. Wish that your cellphone battery lasted longer or even that your laptop computer wasn’t so heavy? Marina Petrukhina, professor of chemistry at the University at Albany, and colleagues at several SUNY campuses are working on some carbon-based technologies that could one day transform the way our devices store energy, making them more efficient, lighter, safer, and longer lasting.

With funding from the SUNY 4E and MAM Networks, the team is tackling the need for better energy materials with a two-pronged approach that includes theory and application. “Through funding from the 4E Network, we are using theoretical methods to design novel and advanced carbon-rich materials,” said Petrukhina. “And through funding from the MAM Network, we are using these designs to create new types of energy-storage devices, such as supercapacitors—devices that can produce high-power energy in a short period of time. Putting the theory and application pieces together is essential for solving some of the major issues related to new materials for energy.”

It starts with an idea. Can certain curved carbon-rich architectures convey properties that improve the efficiency and operation of a lithium-ion battery when incorporated into an anode, instead of the commonly used graphite? That is the type of question that Petrukhina and her colleagues are attempting to answer using theoretical analyses. In particular, the team is investigating the properties of bowl-shaped polyaromatic hydrocarbons, known as carbon bowls.

“Carbon bowls have emerged in recent years as promising new materials for important technological applications, such as batteries, optoelectronic devices, photoactive switches, and chemical sensors,” said Petrukhina. “Given the lack of studies on the various properties of these bowls, it is important and timely for us to carry out a careful theoretical investigation in order to understand their potential as active materials in organic electronic and energy-storage devices.”

According to Petrukhina, novel carbon materials could have an advantage over inorganic ones when used in electronics. “They can be low cost; they’re safer for the environment; they’re more flexible; and they have better compatibility with substrates,” she said. “Through development of theoretical methods with the groups of Roxana Margine at Binghamton University and Artem Oganov at Stony Brook University, we hope to advance them to the stage where they can be used to create organic electronics.”

Advancing the carbon bowls to the point where they can be used in electronics and energy-storage devices requires a major scientific leap. Petrukhina is an expert in synthetic, coordination, and structural chemistry, but to make the leap she needed collaborators in other fields to help take her ideas to the next level. “The Networks of Excellence grants are helping us to speed up our research, connect theory and experimental science, and jump to practical applications much faster,” she said.

One application she is working on with Vladimir Samuilov at Stony Brook University and Maria Hepel at SUNY Potsdam is designing and testing hybrid nanocarbon materials as novel advanced anodes for supercapacitors. So far, the team has found that some of their new nanostructured materials have a more advanced ability to hold a higher charge and have great potential for further developments. These studies are ongoing.

Petrukhina has high hopes that her team’s research will eventually lead to successful applications. She said that when that happens it will be because of the multidisciplinary makeup of her team.

“I would never be able to do this work on my own with my group,” she said. “We use synthetic and structural approaches in my group and have accumulated a good understanding of the fundamental properties of curved carbon architectures. But to build a device, we don’t have prototypes, and it would be impossible for us to build them. It requires a completely different expertise. That’s why it’s very important for us to have collaborators in other fields, and having close collaborations with several SUNY campuses gives us an advantage.”

Petrukhina’s collaborators aren’t just other experts. She and her team also work closely with several graduate and undergraduate students. “The networks are providing me with the unique opportunity to train students in multidisciplinary research,” she said. “Because of this, the students will have much better expertise overall; they will be able to see the broader picture about carbon-based materials for energy. I think this is one of the most important outcomes of the grant—that we educate the next generation of chemists who understand the issues and problems of materials chemistry and energy storage.”

The team plans to work together for the long term. “Basically, the Networks of Excellence gave us one year of seed money, but when you start this type of collaboration, you go beyond the seed money,” said Petrukhina. “We are applying for additional grants and plan to continue to collaborate beyond what was initially started. I was really excited to receive the grant, and I’m still really excited about continuing collaboration on this project.” 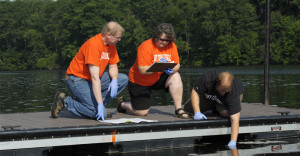 Previous post Research Asks – How Clean Is The Mohawk River? 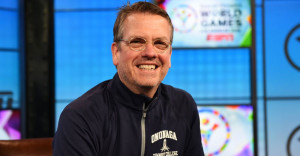