This past November, students and clubs from Rockland Community College held an International Luncheon to raise money for Alheimer’s research. The effort was led by Alana Coopersmith, a freshman senator with the campus Student Government Association. The Luncheon gave willing and interested clubs on campus $100 to spend on food from a distinctive ethnic culture. There we 12 clubs in total that participated with the Student Government, including Entrepreneurs Club, Filipinos United, Political Science/Pre-Law, Habitat for Humanity, and more. All of the clubs prepared food plates that were sold for $6 and raffle tickets for various prizes that were sold for $1. In total the Luncheon raised $1,150, all of which was donated to the Alzheimer’s Foundation to benefit Alzheimer’s research. 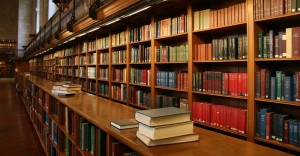 Previous post Looking for Something to Read over Winter Break?

Next post 30 Days of Giving 2015: Stony Brook Bike-A-Thon For Disabilities