Joining The Call To Action To Fight Climate Change 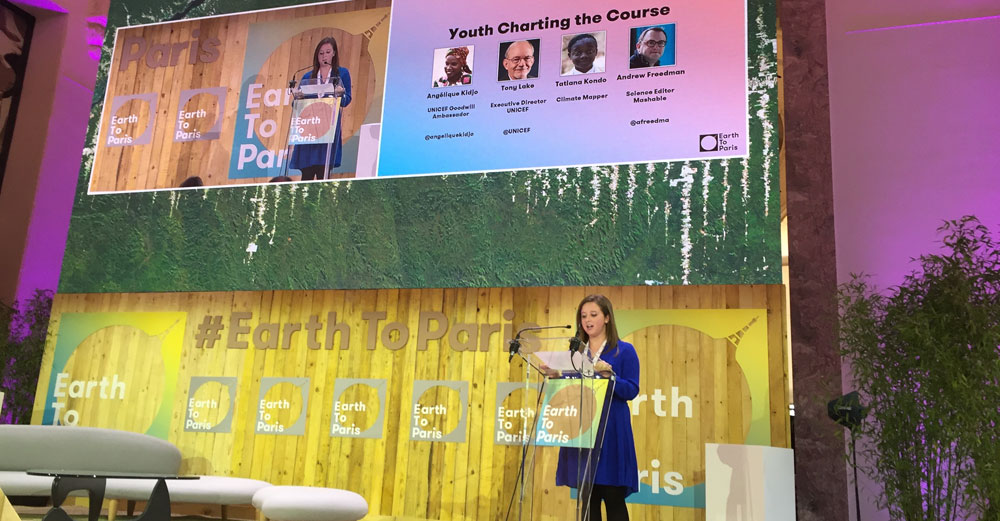 Morgan Wood of the SUNY Student Assembly gets ready to introduce Anthony Lake, the Executive Director of UNICEF, at the Earth to Paris event at COP21 in Paris.

Weather patterns change as the seasons do, which is something we’re all used to in New York. But the changes have been bigger and more evident over the last 20-30 years, not only in New York but the world over. Scientists all across the world have done countless amounts of research studying our changing climate and ecosystem. Data from NASA‘s Goddard Institute for Space Studies shows that the 10 warmest years in the 134-year temperature record all have occurred since 2000, and that global surface temperature has risen 1.4 degrees since 1880.

With this info at hand, sustainability practices have risen dramatically in recent times. Suppliers and users of energy are more aware of the side effects of their action and have produced significant changes in actions. This year’s COP21 at the Sustainable Innovation Forum (SIF15) in Paris had more than 750 attendees (the largest number of global stakeholders at any commercially-inclusive side event at COP21) from 43 countries. And among these attendees were representatives from SUNY, who recently, with the White House and colleges across the United States, have officially stepped in to the sustainability promise.

Colleges and universities across the country have already signed a White House American Campuses Act on Climate Pledge, demonstrating their commitment to carrying out their own sustainability goals and supporting strong action on climate change by world leaders. All of our SUNY campuses have joined this pledge to bring action on climate change and increase sustainability efforts across the country, which makes the system nearly 20% of the participating campuses. In coordination with this White House pledge, Defend Our Future launched a digital climate pledge that students can sign to demonstrate their support in taking action against climate change.

The State University of New York pledges to serve as both a model and a leader in advancement of research, education and community development for implementation of sustainable practices in New York and across the nation.

As part of this effort, SUNY has pledged to the following climate emissions reducing actions:

SUNY students, faculty and staff will continue to work together to meet the goals of New York State Energy Plan and the Governor’s Reforming the Energy Vision (REV) initiative. Teams of students, faculty, facilities staff and researchers will compete for three $1 million grants aimed at finding the most innovative and ambitious clean energy ideas and using the grant funds to bring the ideas to scale.

Additionally under REV, SUNY campuses will compete in advancement of campus initiatives in three categories: Energy and the Environment; Academics and Research; and Community Engagement. 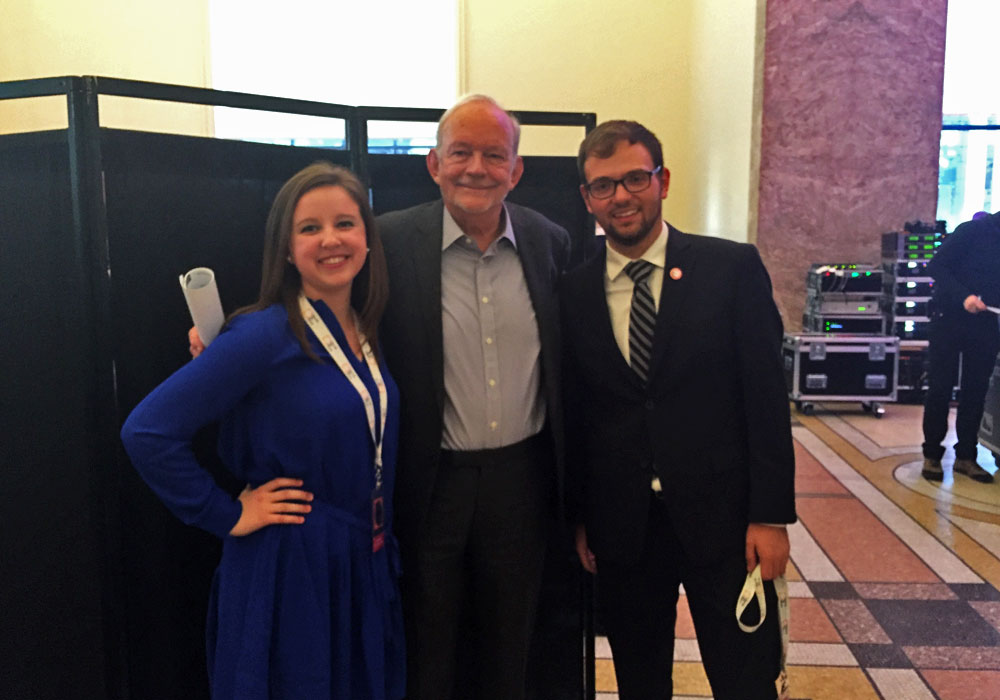 This year students from the Student Assembly attended the United Nations Climate Change Conference in Paris. One student, Zachary Beaudoin, wrote about the experience in his blog. Beaudoin wrote a day-by-day brief of the events he witnessed in Paris. “An underlying theme throughout the whole event was conservation, preservation, and reparation,” he wrote. “It was a call for halting destruction and ensuring that any new developments don’t exasperate the damage that we’ve already caused.”

Zach’s Student Assembly co-member Morgan Wood also attended the conference. She was lucky enough to be asked to introduce Anthony Lake, the Executive Director of UNICEF, at the Earth to Paris event’s Sustainable Innovation Forum.

Throughout the conference, Beaudoin and Wood gathered to watch world leaders, including President Obama, speak on one of today’s most pressing issues. “To begin the meeting, each leader was given approximately 3 minutes to give a speech on the grave danger that climate inaction will bring. Some of the most powerful quotes were Hungary’s János Áder, who talked of a reoccurring dream with his unborn grandson about growing up in a world of climate inaction. Ethiopia talked about how they have no incentive to lobby for carbon pricing, but see it as a collective action that all countries must take. Many leaders mentioned the figurative and literal eyes that are watching from around the world.”

In total, the event showed how action together can be a great bridge to change. And now with this new pledge, SUNY is working with these world leaders towards a more sustainable environment and a healthier earth.