what is the cost of cialis 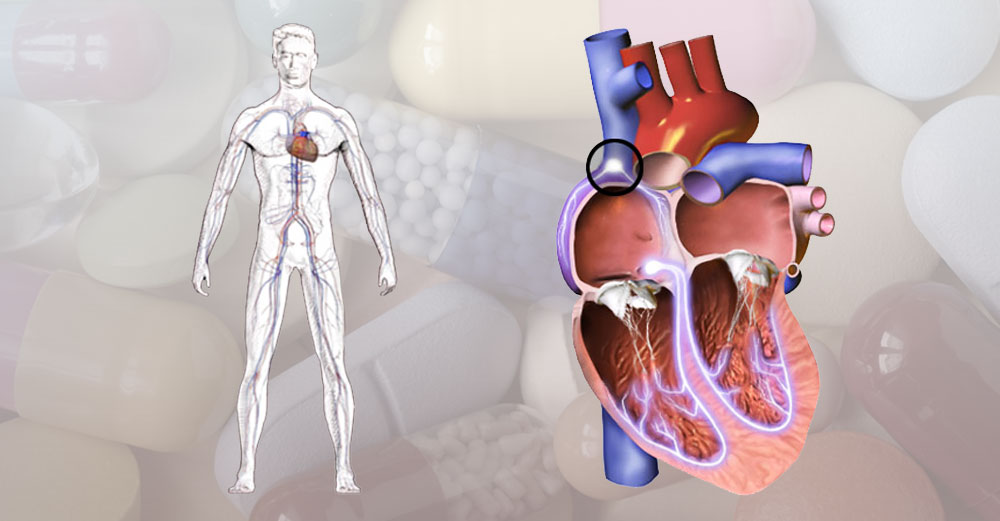 Dr. Glenna Bett brown bags every day – ham and pepper jack cheese on whole wheat no mayo. Monotonous lunch, so instead she spends her creativity on the conversation, frequently with Dr. Randall Rasmusson at the University of Buffalo.

They try to solve the world’s problems. She, the biophysicist, concocts new theories and ideas in medicine. He, the bioengineer, patiently picks them apart, one by one, returning her star-gazing tendencies to Earth.

Until, one day, he couldn’t. The result is a technique to replicate a better heart cell for research – one that can cut in half the time and money needed for pre-clinical trials.

The problem is this: Researchers studying a compound’s effect on heart tissue were limited, until recently, to either donated heart tissue (rare and not very rigorous) or animal heart tissue (close, but different enough that some potentially lethal problems won’t be caught until clinical trials.) 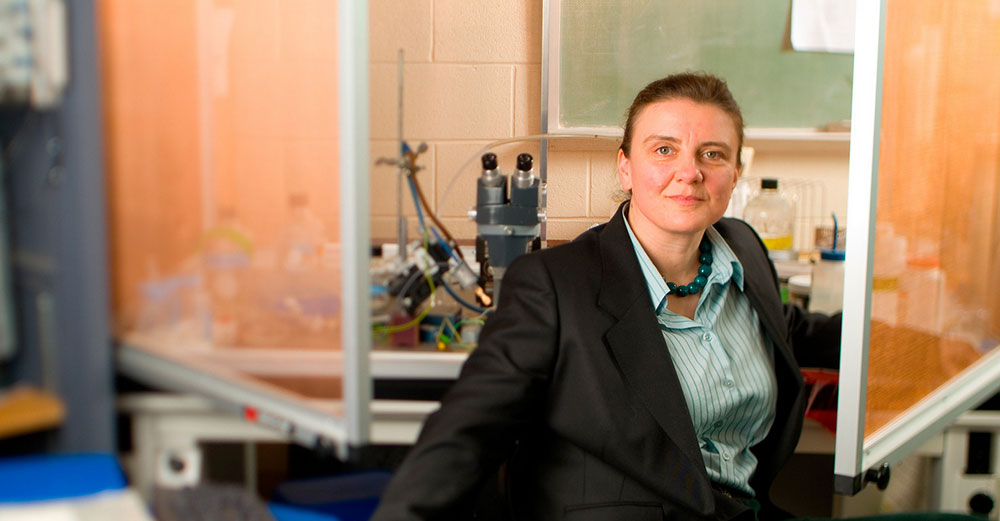 Glenna Bett, University at Buffalo biophysicist, in her lab.

However, technology now exists to create induced pluripotent stem cells by stripping human donor cells, typically skin, down to stem cell state. Then they are rebuilt as heart tissue. “They’re super, but they have one electrical current missing. And that has huge consequences,” Bett said. “They become unstable and start spontaneously beating.”

Normally, the only spontaneously beating tissue in the heart is the sino-atrial node, which acts as the pacemaker. In the rest of the heart muscle, spontaneous activity is considered pathological. The key to stability of heart muscle is a potassium current known as IK1, which is one of a half dozen potassium channels found in heart cells. IK1 is the current that Bett replaces using electronics and computers connected to cells.

Bett and her UB research team created a technique to provide that current. “They act beautifully,” she said.

Bett’s start-up company, Cytocybernetics, recently received a $240,000 National Institutes of Health Small Business Technology Transfer (NIH STTR) award to further develop the technique for replicating heart cells. A portion of the total award will be going back to her UB lab to support continued research in this area. The goal is to have a system that gives pharmaceutical companies a quicker path for introducing new drugs into the market.

Their technique also differentiates between types of heart muscle cell, which respond differently to stimulus. That differentiation is something existing technology cannot do. That means fewer false results to muddy the data.

But before their technique is approved, the federal Food and Drug Administration requires a head-to-head test against a specified panel of drugs. And that just isn’t in the budget. Funding for this type of proof-of-concept and validation study is note easily accessible, but SUNY stepped in with TAF.

“We are absolutely thrilled TAF is supporting us,” Bett said.

The payoff is huge. Each drug brought to market costs about $1.3 billion in research and development, about $500 million of that in the pre-clinical trial phase that Bett’s tissue would be used for. Using that tissue, she says, would cut up to two-thirds of the time and money, or more than $300 million per drug – and years off the timeline.

“The work of Bett et al is an important beginning and should serve as the basis for future studies of the physiology of human IPS (induced pluripotent stem) cells,” writes Dr. William Clusin of Stanford University in the December 2013 edition of the journal Heart Rhythm. “The present study certainly leads the way.”

Earlier this year, the company was accepted in the Start-Up NY program, which guarantees rent-free space for its lab, help from mentors and other tax-free benefits. On top of that, Cytocybernetics won $500,000 in the 43North business idea competition in October.

Not bad for a brain storm over a ham sandwich. “If you waste your time thinking about lunch,” Bett said, “you have less time to think about important things.”