Students Get Inside Look at New Hampshire Primary 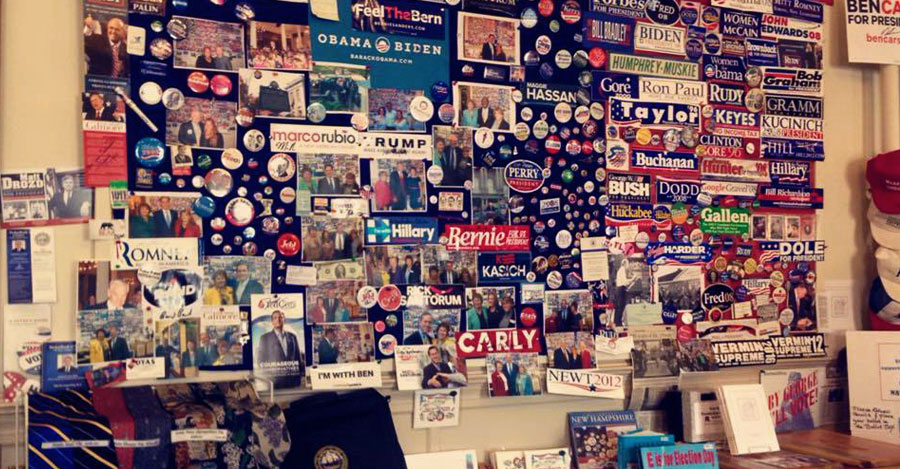 Fifteen SUNY Oneonta political science students got an inside look at the presidential election process during a five-day trip to New Hampshire that culminated with the first-in-the-nation primary.

The trip is part of a semester-long course, POLS 216: Presidential Election Campaigns, taught by Associate Professor of Political Science Gina Keel. While in New Hampshire, students have attended candidate rallies, town hall meetings and other events, witnessing firsthand the campaigning and media frenzy in the last days before the primary. Several students are also volunteering for campaigns.

To prepare for the trip, students discussed news stories on the campaigns and the candidates’ strategies. As soon as they crossed over the New Hampshire state border on Saturday, they noticed roadside signs for just about every candidate. One student, political science major Emma Cohen, even had a one-of-a-kind burrito, called “Feel the Bern-rito.”

Upon their arrival in New Hampshire, the students broke into groups based on different candidates and parties. One group canvassed for Bernie Sanders and Hillary Clinton; others volunteered for the Donald Trump and Martin O’Malley campaigns. 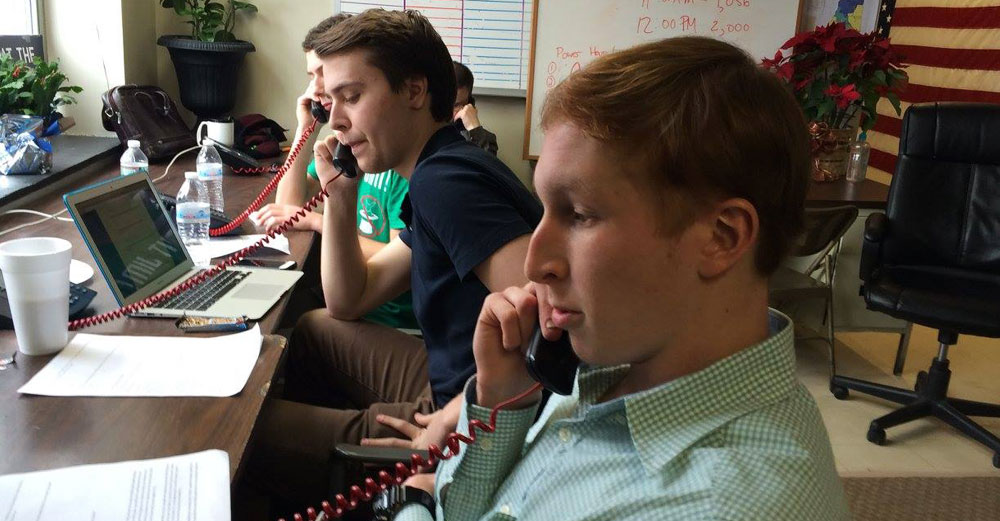 It’s been a busy week on the campaign trail. Highlights have included visits to the Sanders and Clinton campaign headquarters; a Marco Rubio town hall meeting; meeting Carly Fiorina at her pre-game Super Bowl party; a Hillary Clinton rally at Manchester Community College, where at least one student got to shake hands with Bill Clinton; a Chris Christie town hall event, and the Trump rally last night at the Verizon Wireless Arena in Manchester, where several students were able to get on the list for VIP seating.

On Tuesday, some students were involved in poll standing for Trump and doing get-out-the-vote activities for various candidates; others visited the Statehouse. All spent time eagerly watching and analyzing the poll results as they were reported.

Several students said they were excited about the opportunity to witness firsthand a community that is very active and vocal about politics, and get hands-on experience that goes far beyond a classroom setting.

“Being here in New Hampshire has really made me feel connected to the presidential race and has inspired me to do more grassroots and volunteering work,” said Cassidy Keane, a political science and mass communications dual major from Albany.

SUNY Oneonta alumnus Dustin Tropp ’15, an organizer working in New Hampshire, helped several students on the trip—as well as about a dozen other Oneonta students and recent grads–line up volunteer positions for various candidates. “Every campaign that I recommended Oneonta volunteers to said that they were the best volunteers they ever had,” he said.

Aaron Hass, who graduated from SUNY Oneonta in December with a degree in history, has been in New Hampshire for the past two weeks, canvassing for the Ted Cruz campaign.

“While many campaigns focus on phone calls, I spend every day for about 12 hours knocking on doors and talking to voters about what’s important to them, getting their input and learning what is on their minds,” he said. “This is the best part because it’s one thing to hear about a family struggling on some Facebook page and hitting ‘like,’ but it’s another to see them wearing winter coats indoors because they lost their jobs and can’t afford the heating bills.”

You can see more on student Emma Cohen’s blog: http://thecohencampaign2016.blogspot.com/ or view photos from the trip on this Facebook photo gallery.