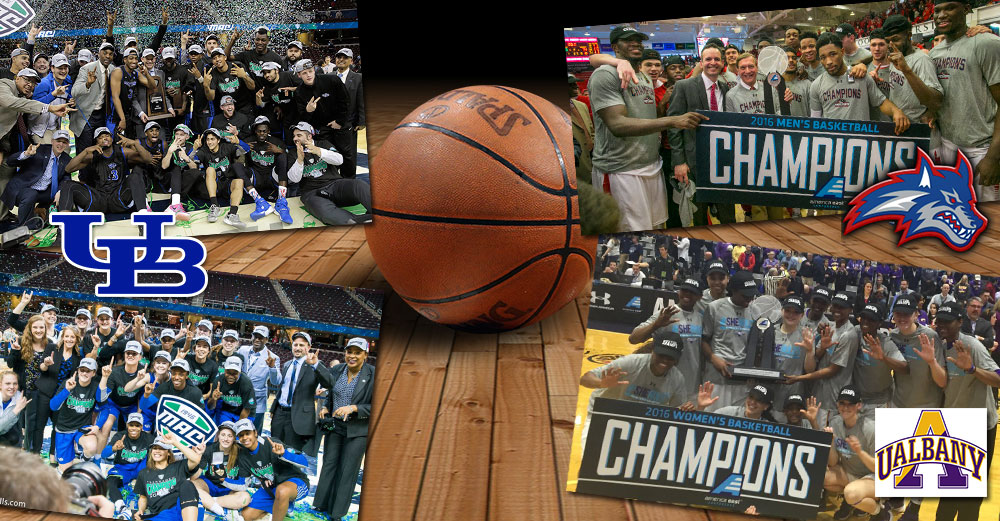 March is one of the biggest months in sports as the winter season nears completion with exciting playoff action. Basketball and hockey have big tournaments to find national champions in their respective sports. This year, history has been made again in New York as a record four SUNY basketball teams have been entered into the NCAA March Madness basketball tournaments. Following the success of last year, in which three teams made their way to the NCAA basketball tournaments, this year upped the ante. New Yorkers will have a lot to cheer for when the tournaments officially get underway this year as a record four SUNY teams make their way to the postseason tournament. The men’s teams from the University at Buffalo and Stony Brook University begin play on Thursday (March 17th) night, while the University at Buffalo women and the University at Albany women begin play on Friday, March 18th.

Let’s look back at our conference championship wins to see how we got here.

A dynasty in the making

The historic season began last Friday when the UAlbany women battled the lady Black Bears from Maine for the America East championship. The UAlbany lady Danes officially earned themselves dynasty status with their 59-58 victory, which claimed them their 5th consecutive conference title and trip to the NCAA tournament. They became the only team in America East history to accomplish five titles in five years. Led by All-Tournament MVP Shereesha Richards and her 31 points and nine rebounds, the lady Danes were able to withstand a last second game-winning shot attempt from Maine to seal the victory.

UAlbany begins its tournament run with its highest seed ever, coming in at #12 to face Florida on Friday in a first round game in Syracuse.

* Update: The UAlbany women’s success reached a new high when they claimed their first ever NCAA tournament win by defeating number 5-Seed Florida 61-59 in Syracuse. The lady Danes found themselves down by 17 points in the second quarter, and overcame a seven point deficit with less than seven minutes to play before sealing the win.

First trip to the dance

Next up on Saturday was Stony Brook’s battle for the America East men’s title on their home floor against Vermont. Stony Brook came back from a 48-33 second half deficit to capture it’s first ever America East championship and first ever trip to the NCAA Tournament. Tournament Most Outstanding Player, senior Jameel Warney and his 43 points, 10 rebounds and 4 blocks, led the Seawolves to the win. The team took the lead around the 15:00 mark of the second half and rode that to the end and the league title. The win gave Stony Brook a regular season total of 26 wins, which set a new Division I team record.

Stony Brook earned itself a #13 seed and will face off against perennial power Kentucky in Iowa on Thursday night in a game that could be an upset special on many people’s brackets.

Finally, the University at Buffalo men and women both played for MAC Championships on Saturday afternoon and evening. The women started things off on Saturday afternoon when they battled Central Michigan, seeking their first ever Mid-American Conference championship. Entering the tournament as the number 8 seed, the lady Bulls had quite the challenge in front of them. But its one they had no fears overcoming. In a tight, back-and-forth game, UB wound up upsetting second seed Central Michigan, 73-71, in overtime, to earn their first ever trip to the NCAA tournament. The game came down to the final seconds of the overtime session as UB sophomore Stephanie Reid hit a running bank shot at the buzzer to win the game.

The UBuffalo ladies begin their tournament with a #14 seed and will face off against Ohio State in Columbus on Friday afternoon. A challenge for sure, but seeing what they’ve overcome so far, its a game that they could make some noise in.

Then in the evening, the UB men’s team took on Akron, seeking their second of what would be back-to-back MAC Championships. Having controlled play through much of the second half, the Bulls found themselves trailing with 2:13 left after back-to-back three pointers gave Akron the lead. But it was a lead they fought back to overcome, as stellar team defense helped clinch the conference title for UBuffalo, capped off with a clutch Blake Hamilton three-pointer with just two seconds left.

The UBuffalo men begin their tournament run with a #14 seed to face off against the University of Miami in Providence on Thursday. With some experience under their belts, can the Bulls make a run this year?

Overall, this was a great weekend on the national stage for our SUNY athletes. The eyes of America now turn to these students to see what they can do in the big tournament against programs that have a history of success in competition. Can they continue to make history? Some think so, as President Obama has picked the UAlbany ladies to win their first round game against Florida. But perhaps all of our teams can make history on the national stage. We’ll all be cheering them on this year. Go SUNY! 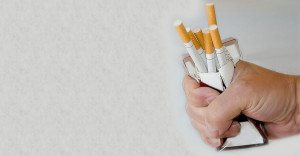 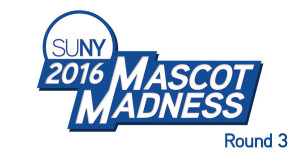