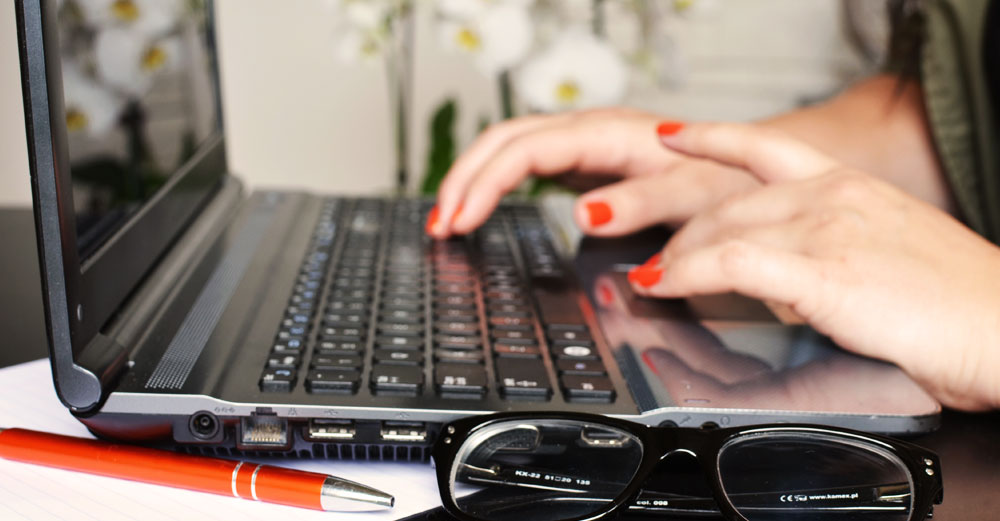 For alum Gina Valentino, it was love at first sight when she stepped onto the University at Albany campus. It only took halfway through the campus tour for her to declare to her parents, “This is where I’m going to college.” But Valentino, who initially applied to over 20 colleges in her search for schools, did not come to this decision easily. After considering several private universities, she began to realize the magnitude the cost of college can bear.

“I started receiving financial information from these schools in the mail,” Valentino said. “I saw the $60,000 per year price tag. As an 18 year old living at home, with no expenses besides the occasional trip to the mall or movie theater, I didn’t realize how exorbitant that was.” 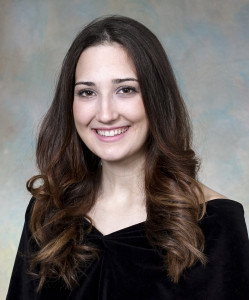 Valentino’s parents suggested her to consider SUNY, her father’s close friend having attended UAlbany years before.

“I was torn between the idea of going to college in the city and having Manhattan at my fingertips and having a campus experience,” Valentino said. “UAlbany’s location in the state capital and fountains on campus reminded me of NYC. A city feel with a campus life was the perfect combination for me.”

The rest is history. In 2010 Valentino began her freshman year at UAlbany, being admitted in the Honors College, led by Dr. Jeffrey Haugaard, and declaring journalism as her major to express her passion for writing.

“My professors at SUNY taught me how to become a more skillful writer, and about the importance of standing out in such a competitive field,” Valentino said. “One of my mentors in college was the director of the Honors College at UAlbany. His passion for his students and for higher education inspired me and encouraged me to be a better student and person.”

In addition to her professor’s guidance, Valentino was able to get real world experience in the journalism field through her participation on the university’s student run television station, Albany Student Television. There she was able to delve into the world of on-screen reporting.

“As a field reporter, I carried my microphone and hand-held camera and gathered stories on campus and in the city of Albany,” Valentino said. “I became an anchor for a university television show that reported on local and national news. I learned through ATV how to field stories and be confident on screen.”

Some of Gina’s work with
The Examiner News:

In addition to being on camera, Valentino also honed her print writing skills through an internship with The Examiner News, covering local events in Westchester County. She still contributes to the publication today as a freelance writer, even contributing articles about the value of SUNY schools and the experiences and opportunities they open up to students.

How studying abroad opened up opportunity

One of the biggest influences on Valentino was her semester spent studying abroad in Florence, Italy. Although initially nervous about spending a long time away from home, she learned to live on her own, made lifelong friends, traveled to five different European countries and embraced the Italian culture. Part of Gina’s experience included participating in the Italian Family Club, an extra-curricular club hosted by Florence University of the Arts that students could choose to join at the beginning of the semester. All the while, Valentino kept up her journalistic passions by becoming involved with the university’s journalism department.

“I spent four months interviewing students from all over the U.S. and Italians about their experiences getting to know each other, and published a two-page spread in Blending Magazine to promote awareness of the program,” Valentino said.

The Italian Family Club paired FUA’s American students with families who lived in and around Florence. During the semester, families invited their “adopted” students to have traditional dinner with them and their children, attend soccer games together, and visit local markets, among other activities. One of the program directors, Francesca Tassinari, was critical in helping students like Gina form these relationships. Over the course of a few months, opportunities to interview FUA students and the local Italian families about their experience with the program, what it was like to overcome the language barrier, and what they learned from being immersed in the culture, became widely available and helped Gina compose her article.

In addition, she wrote for several magazines, newsletters, and blogs while abroad. She also attended a writers conference, held entirely in Italian, where she was introduced to a few well-known Italian food bloggers.

“Writing internationally gave me a new perspective on the art and helped become a better journalist,” Valentino said.

Upon her return to the United States, Valentino’s desire to learn about other cultures inspired her to join the International Buddies Program, a SUNY program to help guide international students during their time at UAlbany.

“I knew what it felt like to be an outsider and out of my comfort zone at a new school in a different country and I was happy to help students get adjusted to life at UAlbany,” Valentino said.

After a jam-packed four years of incredible learning experiences, Valentino graduated UAlbany in 2014. From there, she landed herself a job at Trusted Media Brands as a market research analyst and has been there ever since.

Part of Valentino’s job includes reviewing subscriber’s feedback on nine U.S. magazines, including Reader’s Digest, Taste of Home, and The Family Handyman. She communicates with subscribers as a moderator through an online community board platform.

“I love being able to connect with subscribers on a personal level, as their opinions help shape our magazines,” Valentino said. “On the more technical side, I program and deploy hundreds of surveys, each to 25,000 subscribers, through an innovative survey software program called Qualtrics. I research new product development including book production, online learning platforms, and adjacent products.”

Valentino still keeps in touch with her SUNY roots through freelance writing for The Examiner. She occasionally writes articles related to SUNY, highlighting the benefits the system has to offer students statewide. One of the most important elements Valentino stresses in her articles is to make use of professors and mentors.

“As several students stated in my Examiner articles, SUNY professors care about their students,” Valentino said. “My professors have had an unbelievable impact on my success. When you know your professor believes in you and wants to see you succeed, you will strive to be a better student.”

The last bit of advice Valentino leaves for SUNY students today is to be as active as possible and to make the most of your student career, as she did during her time spent as a student at UAlbany.

“Your education does not end after college. Never stop learning,” Valentino said. “And most importantly, make the most out of your time at SUNY. Take advantage of all the opportunities the system has to offer. Join clubs. Volunteer. Take electives. Study abroad. Make new friends. Because before you know it, you will be referring to yourself as a proud alum, wishing you could go back and relive it all over again.”