Laying Out a Path to Success for Students and the University 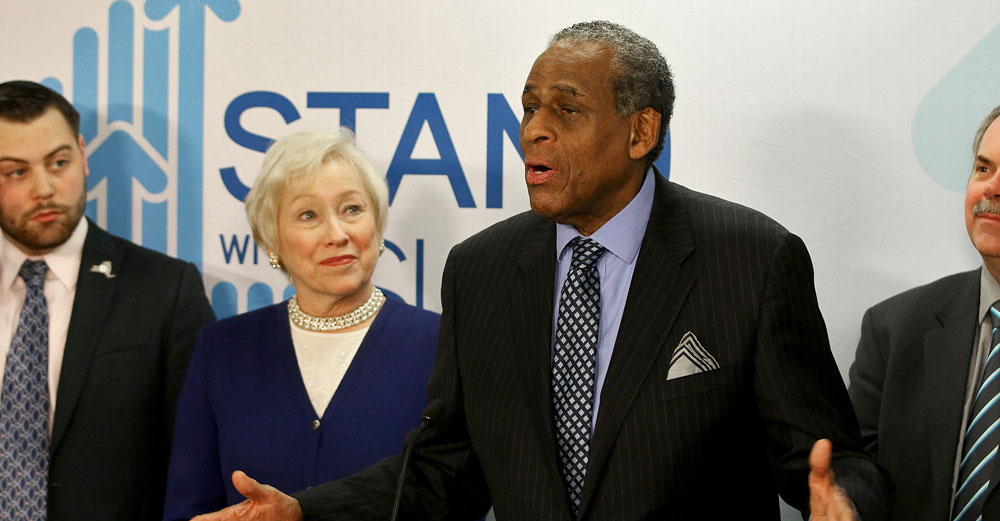 The buzz around SUNY’s budget this year has focused on one subject in particular: tuition. Over the past several weeks, students have expressed their concern over incrementally rising tuition rates. To address these concerns, the State University of New York Board of Trustees held a press conference on Wednesday, March 23rd in Albany to announce that, if the Legislature provides SUNY with $73 million in direct state investment, the Board can freeze resident undergraduate tuition at state-operated campuses.

“At a time when less than half of all New Yorkers hold a college degree and more than 70 percent of all jobs in our state will soon require one, the need for investment in public higher education cannot be overstated,” Chancellor Nancy L. Zimpher said. “SUNY is at the precipice of moving the dial on college completion to the tune of 150,000 graduates per year, but we will not reach our goal without sufficient support from the state.”

In 2011 Governor Cuomo and the State Assembly enacted NYSUNY 2020, an initiative meant to spur economic growth across the state through the strengthening of New York’s public colleges and universities. The mission: elevate SUNY as a catalyst for regional economic development and affordable education. To account for these enhancements to the education system, students have been asked over to invest more in SUNY, expecting that New York State would also do their part.

“Our students have increased their investment for the last five years, and the state hasn’t,” said SUNY Board Chairman H. Carl McCall.

McCall stated in the press conference that if Governor Cuomo, the Senate, and Assembly give SUNY $73 million in direct state aid, enough to cover projected mandatory costs for next year, a tuition increase can be eliminated. 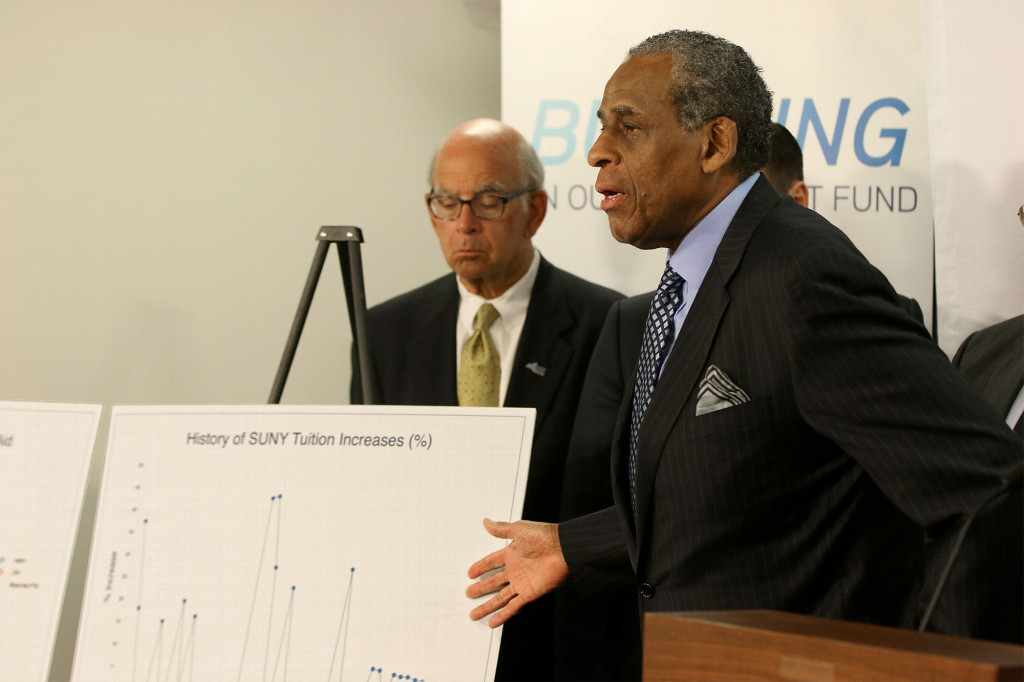 Carl McCall references a chart that shows uneven tuition spikes that came about when state aid dropped in SUNY’s history.

“If the state increases their share of direct support to cover SUNY’s $73 million in projected mandatory costs, we can take a tuition increase off the table…it’s what our students and our campuses deserve,” McCall said. “…we cannot afford to go backward on the critical reforms of NYSUNY 2020. We cannot go back to unpredictable tuition spikes like those of the past.”


In addition, SUNY is also calling for growth in Base Operating Aid for SUNY’s 30 community colleges, beginning with a $285 increase per student for the 2016-2017 academic year.

“This would provide state investment in these colleges approximately equal to the average increase in costs beyond their control, such as employee benefits, which grow annually,” said Trustee Hank Duella. 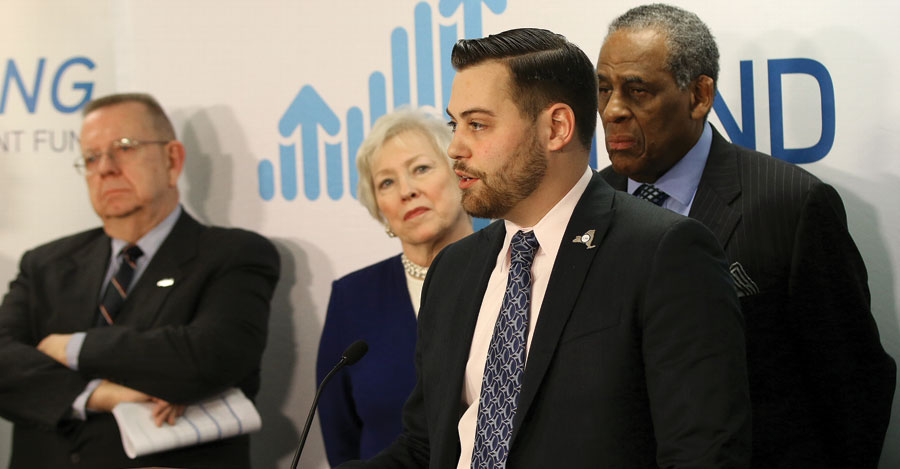 Thomas Mastro, President of the Student Assembly, member of the SUNY Board, and student at Binghamton University, commented on the benefits that NYSUNY 2020 has provided the state. Since its inception five years ago, the legislation has led to the hiring of 919 faculty, creation of 350 academic programs, and development of large-scale, high-impact projects on campuses. However Mastro, along with the Student Assembly, recognizes that the funding to pay for mandatory costs such as utilities, state-negotiated contracts, and investment in student services, needs help.

“We know that an education, and the infrastructure behind it, requires funding. And we know that funding has to come from somewhere,” Mastro said. “That is why last March, the Student Assembly voted overwhelmingly 59-4, to support the continuation of NYSUNY 2020.”

Chancellor Zimpher added that the issue at hand is not solely about tuition increases. The main goal of NYSUNY 2020 is to provide quality education and SUNY is trying their best to do just that for their students, as well as for the benefit of the state as a whole. A renewal of the legislation, which has been an economic development game changer for New York, will keep this successful momentum going.

“SUNY’s budget is not just about tuition,” Chancellor Zimpher said. “It is about ensuring that SUNY students have what they need to finish college and enjoy a successful living in New York.”

Showing support, Mastro endorsed the renewal of NYSUNY 2020 and assured that tuition authority should stay with the SUNY Board of Trustees. He also called upon the state to help even out these costs to provide the best education possible to students at all 64 SUNY campuses statewide.

“The Board of Trustees has provided the State a path to avoid a tuition hike at our State-operated campuses: paying their fair share and giving us the $73 million in funding that we need to squeeze by,” Mastro said. “No one, including the Board, wants to raise tuition if they don’t have to. On behalf of the 465,000 students of SUNY, I implore the State to fund SUNY at the level we deserve. Public higher education in New York deserves better.”