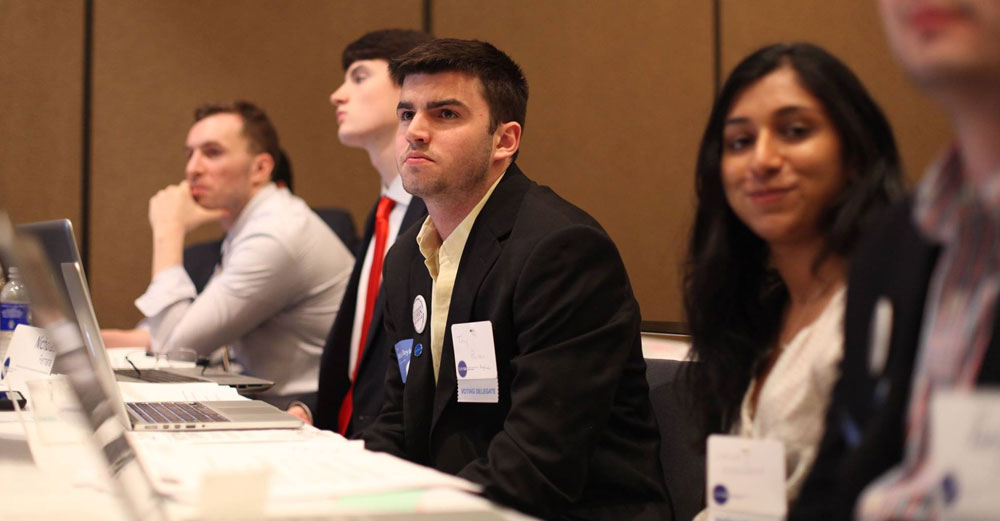 The season of Spring brings change all around us. As the semester comes to a close, the executive board that makes up the State University of New York’s Student Assembly must transition to newly elected students. Saratoga Springs, New York was abuzz with hundreds of visitors during the weekend of April 15. Over 300 attendees, ranging from students, presenters, SUNY administrators, and keynote speakers came together to hold the annual SUNY Student Association 2016 Spring Conference. The SUNY SA conference, which is held once every semester, allows students to advocate for student related issues, develop their leadership skills, and make connections with other student leaders across the 64 campuses statewide. In addition, election season for the new SA board made the weekend jam-packed with exciting news for the university system.

This year’s theme, Progress over Process, encouraged students to let go of the processes associated with student governance and advocacy, allowing for true progress to be made. The over 300 people in attendance beat out the Fall conference’s record 270 attendees. Keynote speakers included Chancellor Nancy Zimpher, President Thomas Mastro, mayor of Saratoga Joanne Yepsen, and Board of Trustee members Nina Tamrowski and Pete Knuepfer. 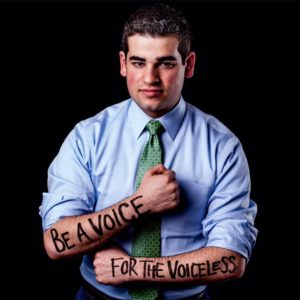 Current Chief of Staff and President-Elect of SA, Marc Cohen, poses for the Dear World campaign.

An interesting spin on this year’s conference was SUNY’s partnering with the organization Dear World, a social art project experiment that takes portraits of individuals with inspiring messages written on their arms. The award winning project has united people on a global scale to tell their stories, through their “message-on-skin” style. The SUNY SA conference was fortunate to welcome Jonah Evans, Dear World’s Executive Director for the weekend. Josh Altemoos, a candidate for the Masters of Education program at the University at Buffalo, introduced the Dear World initiative and shared how his difficulties in life were overcome by support and success from himself and others, propelling him towards achievement. “We all have stories, what’s yours?” prompted Altemoos. All SUNY students were encouraged to take pictures throughout the weekend. One such student who was photographed, Marie Jackson of Monroe Community College, wrote “Our future rests in the minds of our children.”

Chancellor Zimpher expressed her gratitude for all the hard work the Student Assembly has achieved throughout the semester, but also reminded everyone of the important task ahead: electing a new executive board. Unlike the SA conference held in the Fall, the Spring is an especially important time due to elections being held. Students were encouraged to fully engage in the election process to ensure the election of an effective staff for the next academic year. Elections Commissioner Jefferson Dedrick, former Director of Rules and current intern at the SUNY Federal relations office, oversaw the election process.

There were two nominated candidates for President including Marc Cohen of the University at Albany and Zach Beaudoin of Fredonia.  Five for Vice-President; Bridget Doyle of Fredonia, Nathanael Wilhelm of SUNY Maritime College, Arthur Ramsay of SUNY Empire, Tom Flynn of Broome Community College, and Colin Delgado of Finger Lakes Community College. One for Treasurer; Patrick Gareau of the University at Albany and one for Secretary; Morgan Wood of Broome Community College/Binghamton University. After much campaigning, the 2016-2017 executive board will be lead by Marc Cohen as the president, Bridget Doyle as the vice president, Patrick Gareau as the treasurer, and Morgan Wood as the secretary. The results and bios of the 2016-2017 Executive Board can be found on the SUNYSA website.

Other activities that took place throughout the weekend included a business meeting for voting delegates and workshops for non-voting delegates. These workshops focused on a range of topics including leadership development, the inner workings of student governance, branding and communication and current topics in mental health and sexual assault awareness.

Vice President Melissa Kathan chaired the meeting effectively and smoothly allowing for over 25 resolutions to be passed. These resolutions included Ban the Box which advocates for the eradication of the checkbox on college applications asking if the applicant has a criminal record, CORCRAFT which recommended that SUNY divest from investing in anything that purchases or supports the purchase of products made by low paid prison workers, and Fossil Fuel Divestment which urged SUNY to make moves towards the complete divestment of fossil fuels and coal by the end of 2017.

At the close of the weekend conference, President Thomas Mastro gave a review of all SUNY SA has accomplished within his administration. From strengthening ties and collaborating more effectively to the SUNY Administration, to making better effort to hear what SUNY Students have to say and keeping them in the conversation, the 2015-2016 board blazed a trail for the incoming board. President-Elect Marc Cohen and his administration are excited to continue this work, to ensure SUNY SA remains transparent, inclusive and effective, to maintain our strong collaborative ties to the SUNY Administration and to make sure of conference and SUNY SA as a whole continue as progressive organization.

Christopher is the Deputy Director of New Media for the SUNY Student Assembly during the 2015-16 academic year, focusing on SA branding and overall digital presence.