Study Abroad at the End of the Earth 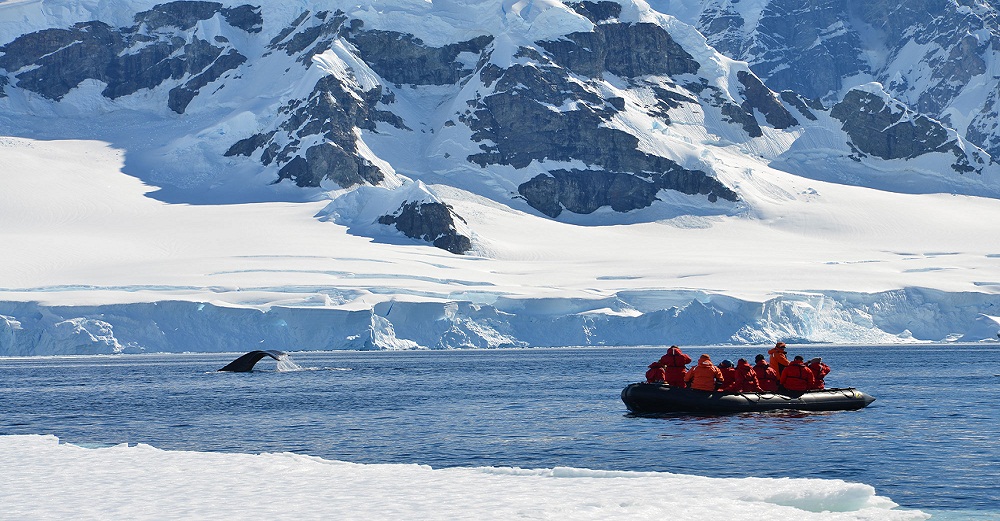 In the Northeast, people are familiar with freezing temperatures and cold winters. Snow and ice are common obstacles in getting around town near our SUNY campuses in the winter months. But compared to Antarctica, our cold could be thought of as warm. The average temperature during the coldest part of the year drops to around −81 °F. With that kind of cold, people can’t live there for long. Scientists instead spend periods of time at research stations there studying south polar oceans, ice, atmosphere, and birds and marine animals. Students involved with study abroad through The College at Brockport can also experience this incredible landscape and ecosystem first hand by travelling to and studying in Antarctica.

Brockport’s Antarctica Program includes a two week excursion in December (“summer” in Antarctica) aboard a modest-sized expedition cruise ship that begins in Ushuaia, Argentina, and sets off across the Drake Passage to the Antarctic Peninsula. This unique study-abroad experience has been a partnership between Brockport and Virginia Tech for six years, with the faculty leader flipping back and forth between those institutions every other year.

Students finish this course and study-abroad adventure with a heightened sensitivity to the global environment and to their own cultural values and sensibilities.

According to Brockport’s faculty leader Jamie Spiller, “While study abroad in other countries enables students to immerse themselves in cultures other than their own and thereby come to see their own lives in a fresh and critical way, this study-abroad trip matches that foreign immersion experience (while in Ushuaia, Argentina) with another rare experience—immersion in a non-human, alien landscape. This other-worldly encounter enables people to see human civilization itself in a fresh and critical light—and students see very tangible signs of the environmental effects of their own ‘eco-tourism’ and especially of global climate change.”

You can read more about this program in this month’s feature on SUNY.edu.