Working Together to Provide Hope for Domestic Assault Victims 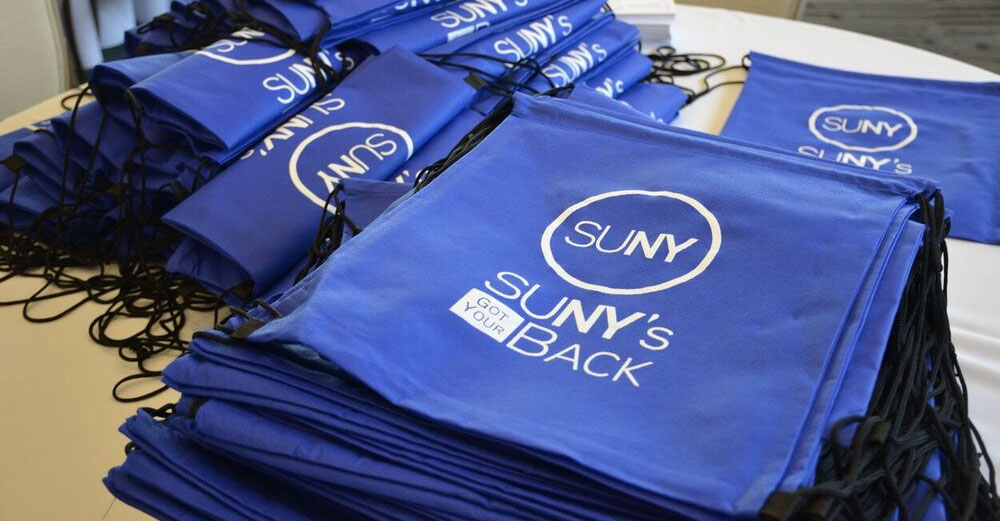 Every person has the right to their safety. However, too many women, men, and children suffer each year from acts of sexual assault. Thanks to National Sexual Assault Awareness and Prevention Month being observed this April, things are starting to change in New York and across the country.

“As their relatives, friends, neighbors, and fellow Americans, it’s on us to support victims and survivors by providing them with the care they need, bringing perpetrators to justice, and ensuring our institutions are held responsible and do not look the other way,” President Barack Obama said earlier this month.

SUNY has supported an effort of response and prevention for some time, and is now making an even bigger stand with our nation too. On Monday, April 4, Chancellor Nancy Zimpher announced the launch of “SUNY’s Got Your Back,” an initiative led by the university system’s Title IX Coordinators Association to support victims of sexual and interpersonal violence. The project plans to provide backpacks including personal care items for victims and survivors of assault which will be distributed to shelters statewide. 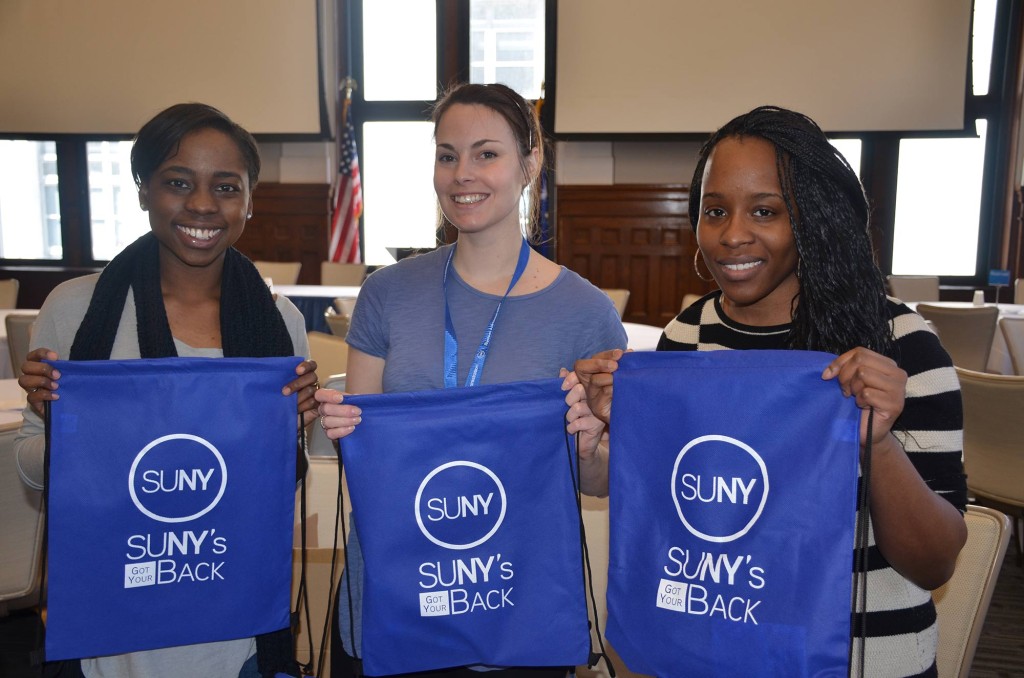 Volunteers filled more than 2500 bags with comfort items to give to SUNY campuses for the SUNY’s Got Your Back effort.

“Every day, men, women, and children seek assistance from rape crisis and domestic violence shelters across New York State, often with little more than the clothes they are wearing,” said SUNY Associate Counsel and Title IX Project Coordinator Joseph Storch. “The goal of ‘SUNY’s Got Your Back’ is to provide ongoing support for these individuals while also ensuring that more of the money shelters and other response organizations have can be spent on critical support and services.”

“Students, faculty, and staff at SUNY’s campuses across the state have been working to address issues of domestic and sexual violence in their communities in a variety of ways,” said Lisa Evaneski, Title IX Coordinator at SUNY Oswego and President of the SUNY Title IX Coordinators Association. “We are proud to build on those efforts and pull together now in this first united initiative.”

The SUNY Title IX Coordinators Association, which will be spearheading “SUNY’s Got Your Back,” includes a team of members across our statewide campuses to develop programming in prevention and response. Several other programs through SUNY have been launched to confront conflicts of assault head-on, including a web based Sexual Assault and Violence Resource (SAVR) tool. SAVR provides students with an easily accessible online list of resources and support, along with the ability to report crime to campus law enforcement. Additionally, SAVR for Immigrants was also released as a resource for multi-lingual and international students.

The initial goal of “SUNY’s Got Your Back” plans to distribute 2,016 backpacks from SUNY campuses to centers and shelters throughout New York. Each individual backpack includes shampoo, soap, and other personal care and comfort items helpful to victims and survivors. Item donations were provided by JM Murray of Cortland, and backpacks were sponsored by The New York State Police Campus Sexual Assault Unit. The program as a whole aims to unite both campus community members and local community-based advocacy programs in sending a positive message of support.

It’s On Us to Stand Up to Violence

In addition to the encouraging news of “SUNY’s Got Your Back,” SUNY Oneonta made a stand of their own. Oneonta Athletics, which is in Division III of the National Collegiate Athletic Association, won the NCAAD3 “It’s On Us” video contest earlier this month. The “It’s On Us” campaign, launched in 2014 by President Obama and Vice President Joe Biden, encourages people to pledge a personal commitment to put an end to sexual assault on college campuses. Oneonta Athletics participated by creating their own video in support of the cause, which was recognized as the contest winner.

The video encourages Oneonta students to make use of the on-campus sexual violence prevention resource, Know Violence. It is estimated that one in five women have been sexually assaulted during college age years, of which only 12 percent are reported. The video effort makes a strong effort to engage and educate the campus community on the importance of violence prevention with students speaking directly to students.

A Collective Effort to Help Victims

With the help of SUNY students, faculty, staff, and local communities, the implementation of “SUNY’s Got Your Back” is another proactive step towards protecting sexual assault victims.

“As a national leader in the prevention of Sexual Assault and Interpersonal Violence, and a public university system with a physical presence in every New York State community, SUNY is compelled to do all it can to provide comfort for victims and survivors as they cope with what can be a tragic, life-changing event,” said Chancellor Zimpher. “The SUNY Title IX Coordinators Association is an innovative, resourceful, and committed group. Thank you to the many campus representatives and volunteers, and our partners, for making this project possible.”

No matter what happens, survivors can always find hope, even in the form of a backpack.