Crawling, Flying, Human-Like? These Are The Top 10 New Species for 2016 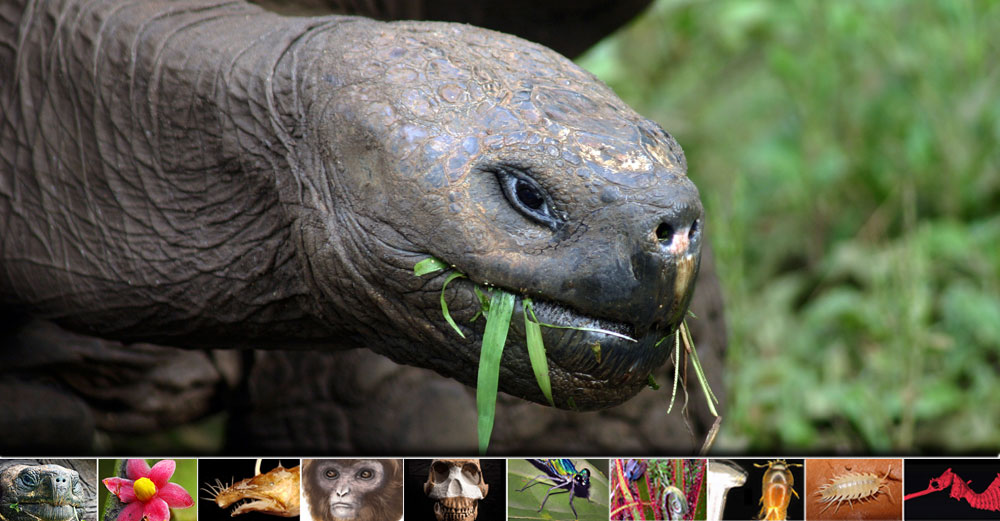 Every year, thousands of new species are discovered and SUNY’s own College of Environmental Science and Forestry finds itself at the forefront of many of these efforts. Since 2008, ESF’s International Institute for Species Exploration has released its list of the Top 10 New Species, chosen by a panel of taxonomic scholars from over 18,000 different species that were discovered last year.

Dr. Quentin Wheeler, the President of ESF since 2014 who previously founded IISE and still serves as its director, has spoken extensively on the need for continuous discovery and classification of new species. “Knowledge of what species exist, where they live, and what they do will help mitigate the biodiversity crisis and archive evidence of the life on our planet that does disappear in the wild,” President Wheeler remarked earlier this week.

The 2016 list was released Monday, the 309th birthday of Swedish botanist Carolus Linnaeus, who is widely considered to be the “father of modern taxonomy.” This Monday, the following species were named as the “Top 10 New Species of 2016.” Each description is adapted from an ESF press release earlier this week. 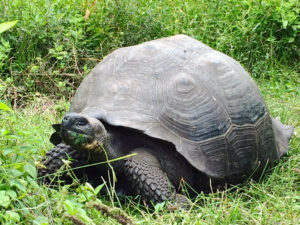 No animals are more immediately associated with evolution or Charles Darwin than the giant tortoises of the Galapagos. Small differences had been noticed between eastern and western populations of giant tortoises on Santa Cruz Island that were assumed to be simply genetic variation within the known species, porteri. A careful analysis of both genetic and morphological data, however, shows that the smaller eastern population, with perhaps as few as 250 individuals, is a distinct and new species. The new species was named in honor of a park ranger known as “Don Fausto,” who worked 43 years to conserve the giant tortoises of Galapagos. 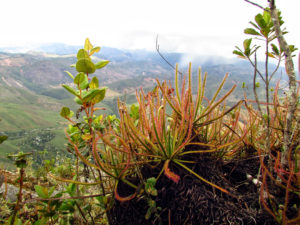 This is believed to be the first new species of plant discovered through photographs posted on Facebook. Like other sundews, this carnivorous plant secretes a thick mucus on the surface of its leaves that entraps unsuspecting insects that are then digested to compensate for the inadequate nutrition available in the soils in which it grows. Although it is new to science, this sundew is considered to be critically endangered. It is a microendemic, known to exist only at the summit of a single mountain in Brazil, 1,550 meters (5,000 feet) above sea level. Although locally abundant, its habitat is isolated, limited and fragile. 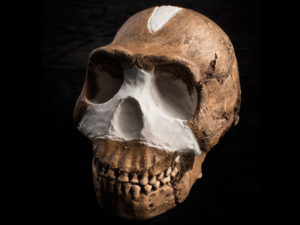 Anatomical features of this new hominin found in South Africa are a mixture of those of Australopithecus with other Homo species, combined with several features not known in any hominin species. Similar in size and weight to a modern human, and with humanlike hands and feet, the new species has a braincase more similar in size to earlier ancestors living two million to four million years ago, as well as shoulders, pelvis, and ribcage more closely resembling earlier hominins than modern humans. The exact age of the remains, once determined, will have implications for the early history of our genus. 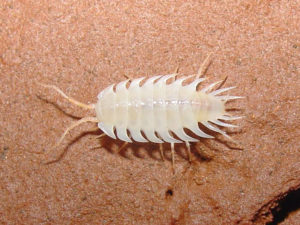 This might be the 15 minutes of fame that isopods have been waiting for. This isopod has a behavior never seen before in its family: It constructs shelters of mud. This isopod, just over one-third of one inch in length, builds spherical, irregularly shaped shelters in which it molts. While shedding its exoskeleton, it is especially vulnerable to predators. The new species is unique among its Brazilian cave-inhabiting relatives in having tapering plates at the base of its legs that give it a spiny appearance. 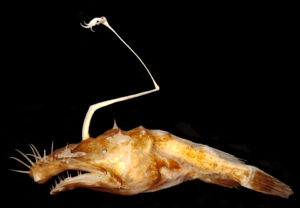 This species of anglerfish was discovered in the Gulf of Mexico during cleanup efforts after the Deepwater Horizon oil spill in 2010. Different species of anglerfish can be distinguished visually only by details of the unusual structure called the esca that is projected over their heads. This organ is located at the tip of a highly modified, elongated dorsal ray. Rays are the spines that add support to the dorsal fin. The esca in some anglerfish is home to symbiotic bacteria that are bioluminescent, producing light that is a rare commodity in the depths of the ocean and is presumed to attract prey. Either way, these are among the most unusual features of any Mish in form and function. 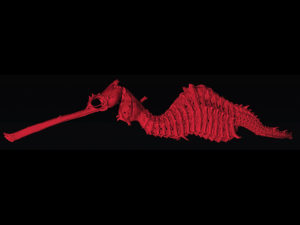 Seadragons are related to seahorses and are a unique combination of beautiful and bizarre. This new kind of marine fish is a striking shade of ruby red with pink vertical bars and light markings on its snout. Only the third known species of seadragon, it is found in slightly deeper and more offshore waters than the other two known species. The discovery was made off the coast of Western Australia. Aside from its spectacular appearance, it is a reminder of what we have yet to discover about marine diversity. If ruby red dragons nearly a foot long in shallow waters have escaped our attention, what else do we not yet know? 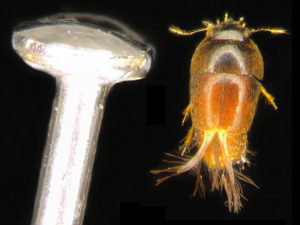 You may have noticed this beetle’s Latin name doesn’t sound very Latin. That’s because Phytotelmatrichis osopaddington was named after Paddington Bear, who you may have seen on the big screen in 2015. The researchers who found it gave it its name because like Paddington, the beetle comes from Peru, and because they are hoping to shed light on the fact that the bear species Paddington was based on, the Andean spectacled bear, is now a threatened species. This beetle is unique because of its small size and because it lives in the pools of water that collect in plants. When these beetles were discovered, they had made their home in a non-native host plant. Researchers still have questions about the tiny beetle, which means there is much to learn about this species. 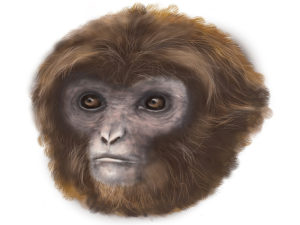 Laia—nicknamed by her discoverers after the patron saint of Barcelona, Eulàlia—was a female ape who lived approximately 11.6 million years ago. She lived before the advent of humankind, and this 9–11 lb., foot-and-a-half tall ape appears to be a relative of humans, gibbons, and great apes. Laia’s discovery is significant because her lineage suggests that humans could be more closely related to the gibbons than the great apes. 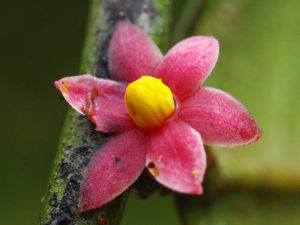 This flowering tree species hid in plain sight just outside of the already thoroughly studied Monts de Cristal National Park in Gabon. This tree is unique in that it’s very dissimilar to most of its closest plant relatives; its closest relative resides in Africa, over a thousand miles away. The flowers on the tree may also pollinate via buzz pollination. Bees buzz around the flowers in order to sonicate—or agitate via sound energy—the parts of the flower that contain pollen, thereby allowing them to extract and spread it. This flowering tree would be the first of its kind to use such a pollination method. 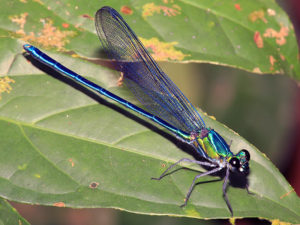 This new damselfly is just one of a staggering number of newly discovered dragonflies and damselflies from Africa. Sixty new species were reported in a single publication this year, the most for any single paper in more than a century and a surprising leap forward in knowledge for one of the better-known insect orders. Most of the new species are colorful and so distinct they are identifiable from photographs alone, emphasizing that not all unknown species are small, indistinct or cryptic in appearance or habits.