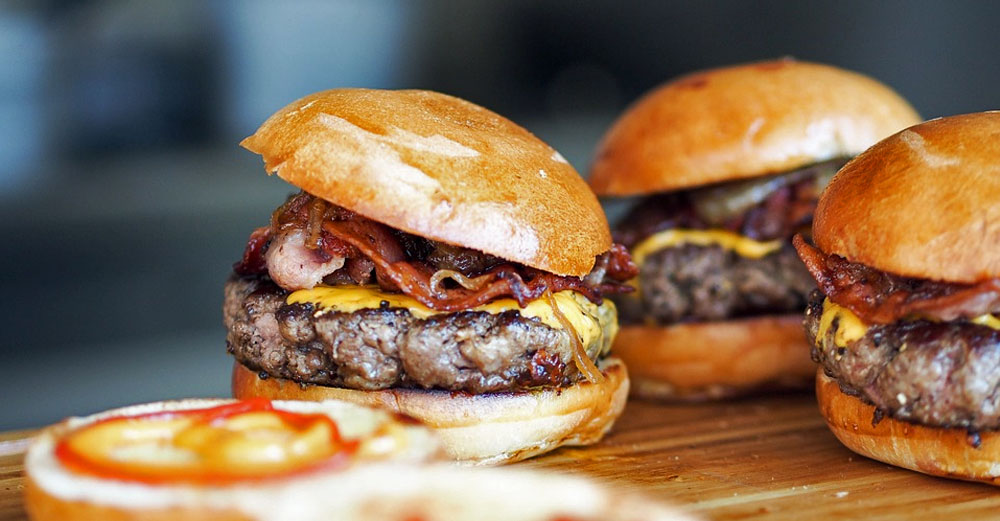 Burgers, pizza, fried or fast food. We all love one type or another of these foods. But too much can be a bad thing. According to the CDC, more than 32% of Americans have bad cholesterol. Among this group, the people with high total cholesterol have approximately twice the risk for heart disease as people with ideal levels. That’s a lot of risk. But this is something that can be prevented, and researchers and doctors are on the case to help us find solutions.

For a decade, clinical physicians at SUNY Downstate Medical Center squirreled away data on their patients, storing facts like so many nuts and seeds, waiting for that warm spring day when seed gives way to tree.

The patients came from the neighborhoods around the Brooklyn hospital, nearly 300,000 of Brooklyn’s 2.5 million residents, many of them low-income. After 10 years, the database of patients with high cholesterol levels had passed 700.

That’s a lot of seeds for cellular biologist Dr. Xian-Cheng Jiang to plant – and he did. Now watch them sprout.

Using that database and a culture that encouraged digging into the pathogenesis, or the manner of development of a disease, of atherosclerosis – ailments and degradation of arteries – Jiang has developed a new way to treat high cholesterol. His treatment could potentially be easier on the body and perhaps healthier than current statin medications which help patients lower cholesterol.

It’s a development that could help 300,000 patients around Downstate and tens of millions of people in America.

Note these facts from the federal Centers for Disease Control and Prevention:

But here’s the conflict: Cholesterol is naturally produced in the liver, and a certain amount of it is essential for life-sustaining cell renewal. Too much and one risks a heart attack or stroke. But according to the Mayo Clinic, low cholesterol has been linked to cancer, hemorrhagic stroke, depression, anxiety and low birthweight babies.

Existing statin medications prevent the liver from manufacturing cholesterol, and side effects include inflamed or weakened muscles that can lead to kidney damage, nausea, vomiting, headaches, dizziness and gastrointestinal discomfort.

Jiang’s treatment works differently. Rather than block cholesterol production in the liver, it prevents absorption of LDLs, triglycerides and phospholipids in the small intestine. That means one doesn’t get cholesterol from food, but the liver still produces the cholesterol the body needs. 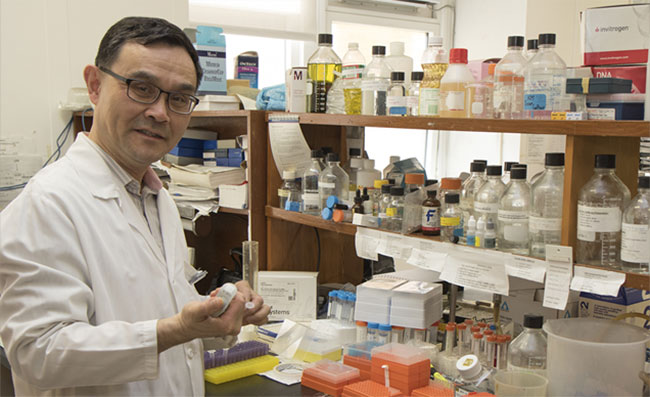 His findings, based on studies in mice, were published in July in the online edition of Gastroenterology.

“We have a really powerful database here. It’s really huge,” Jiang said. “It guides us to general questions: What kind of genes cause obesity, high blood pressure and high cholesterol?”

“This is a critical problem here,” Jiang said. It’s a core mission for SUNY Downstate, which started in 1856 as a free dispensary serving poor immigrants. “You can get a lot of junk food here. You can eat, eat, eat.”

SUNY Downstate’s commitment to critical health-care issues and its environment supporting cellular biology and atherosclerosis research inspired Jiang, who has spent 25 years researching the biology of lipids in the blood.

After those decades of research, he grew curious about how the gene lysophosphatidylcholine acyltransferase 3, or LPCAT3, helped metabolize LDLs and triglycerides. Funding from the Veterans Administration and National Science Foundation helped Jiang play with the gene.

“But the bottom line is this: If we can develop a way to inhibit the small intestine solely, we can minimize the side effects,” he said.

That’s for future research, and that will take time, studies and funding. So the days of getting a prescription for it from your doctor remains years away.

But it’s a new mechanism to keep cholesterol in check. “LDLs are not just a marker of bad health,” Jiang said. “It’s a really bad guy.”