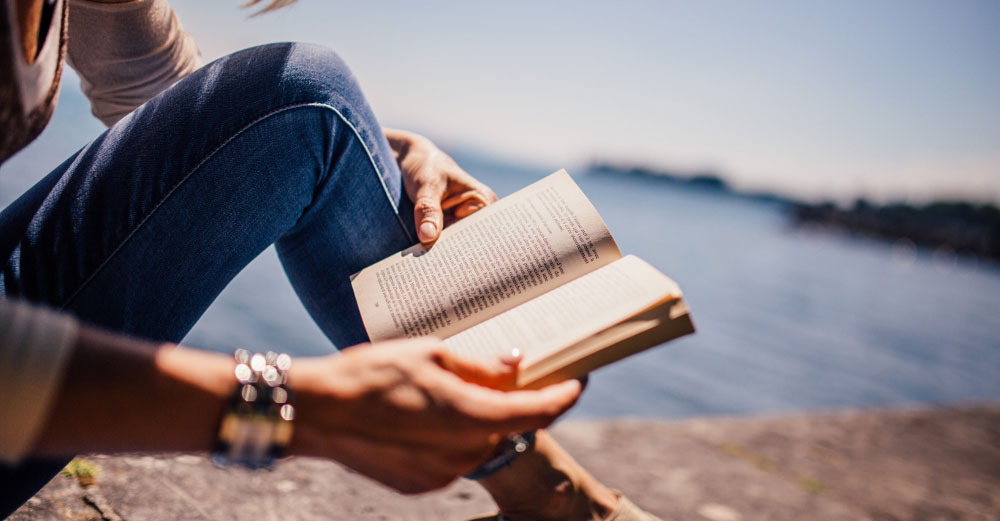 Summer is a great time to curl up with a good book, outside in the sun or inside in the shade. More free time gives us the opportunity to catch up on all those must reads we’ve been meaning to get to. What’s on the list this year?

The books everyone is talking about this summer aren’t just lie-back-in-the-sand and relax reads—they’re much more interesting than that. So we’ve compiled a list of gripping and unpredictable novels and nonfiction books to keep your attention during Summer 2016.

Before the Fall (Noah Hawley)

Noah Hawley, award-winning creator of the TV show Fargo (inspired by the classic Coen brothers film of the same name), just published this thriller in May. When a tragic plane crash ends with only two survivors—a painter and a four-year-old whose high profile and wealthy family just perished in the crash—the two find themselves in the midst of a highly publicized media storm as the circumstances of the crash suggest foul play. This is bound to be a great summer read (unless you happen to be flying somewhere on vacation).

You’d think a vacation to the Spanish island of Mallorca wouldn’t pose anything more dramatic than the decision of which swimsuits to bring, but Emma Straub refutes that idea in this novel. The Vacationers follows a period of great change for the Post family as their secrets are spilled on a vacation none of them are thrilled to be on in the first place.

The Girl on the Train (Paula Hawkins)

Read this #1 New York Times bestseller before it comes out in movie theaters. In The Girl on the Train, newly divorced Rachel becomes obsessed with the lives of a married couple she sees every day when her commuting train passes by their home. When the wife disappears, Rachel plunges into the investigation, believing she may have information that could help find her.

So, this is technically not a fiction book—but everyone is talking about this play based on J.K. Rowling’s beloved series. The new play follows Harry ‘s adult life as a Ministry of Magic employee, and his son Albus’s struggle under the weight of the Potter name. Unfortunately, you’ll have to wait until July 31 to sate your curiosity about what everyone’s favorite boy wizard is up to now.

This first novel from a young author explores a 1960s Californian cult and the girls who are members of it. These girls draw in 14-year-old Evie, who narrates the novel as an older woman reflecting back on her life in the cult and what it meant to be a girl in the ’60s.

This new sci-fi novel comes with a recommendation from Bill Gates. Seveneves establishes an apocalyptic world where humans must escape Earth before a meteor shower lasting thousands of years will render the planet uninhabitable, and traces human choice and will over millennia.

Page, an alumna of Binghamton’s English & Creative Writing program, writes about her spiritual journey as a Lutheran pastor in the Capital Region, including touching family narratives, a desire to connect with her community, and struggles she encountered along the way.

You may know Aziz Ansari from his portrayal of Tom Haverford on the TV show Parks & Recreation. Now, the comedian has decided to take on a major research project addressing the trials and tribulations of finding love in the Information Age.

A Thousand Naked Strangers: A Paramedic’s Wild Ride to the Edge and Back (Kevin Hazzard)

This memoir is from a former salesman and reporter who wanted to push himself to his limits, and did exactly that when he spent a decade as a paramedic in Atlanta. A Thousand Naked Strangers serves as an account of his experiences cleaning up the chaos of violence and accidents.

This biography of arguably the most Internet-famous Supreme Court Justice tells the story of how RBG became a feminist icon. Informative, funny and compelling, Notorious RBG closely examines Justice Ginsburg’s life and achievements and brings her to life on the page.

Snagging tickets to Broadway’s hottest musical this season (and perhaps this decade) is next to impossible without spending a small fortune, but this book is definitely not! This full-color tome has lyrics for every verse in the musical, along with historical notes, interviews with Broadway icons like Stephen Sondheim, and an interwoven history of how the musical itself came into existence.

The book that inspired the musical has skyrocketed on Bestsellers Lists since the Broadway debut, and Chernow makes the history of the “ten dollar founding father” accessible to a wide audience in his magnum opus. It’s a bit lengthier though, spanning over 800 pages!

Which is your favorite book from our list? Do you have any interesting titles to add?