A Conversation About Diversity With Leadership That Strives For Equality 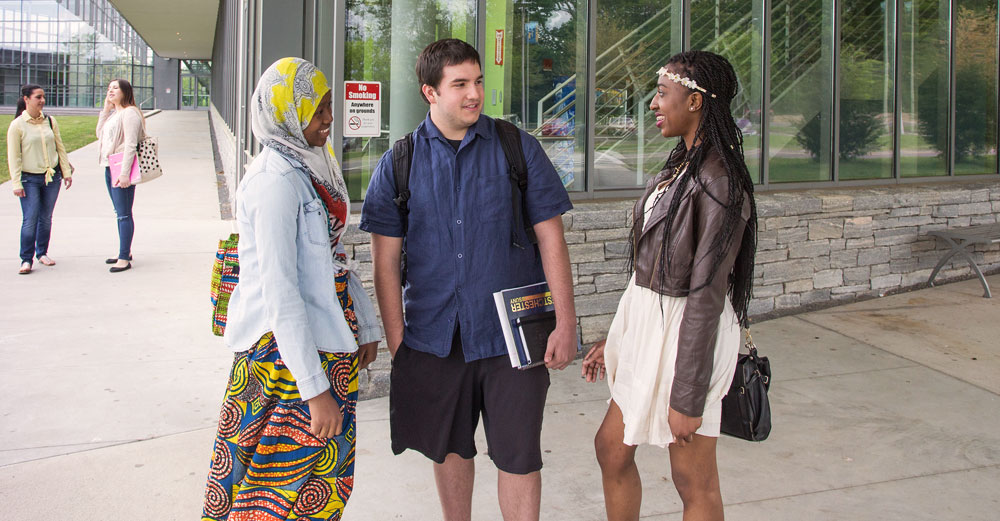 We recently wrote about the legacy of diversity, equality, and inclusiveness that has led SUNY to participate in the New York City Pride March for the first time this coming Sunday.

A huge turnout is expected for the event, which SUNY will be a part of as those marching with SUNY will represent over 25 campuses from around the state. SUNY Vice Chancellor and Chief Diversity Officer Carlos Medina recognizes the significance, stating that “This event will be a major show of support for what happened in Orlando.” It’s a milestone event for the largest system of higher education in the country that offers access to higher education for all students. It is also an event that helps us look deeper into the equality and diversity efforts we see and hear about so frequently.

After the shocking tragedy of the Orlando shooting at Pulse night club, one borne of hate and intolerance, it becomes more clear than ever that actively fighting discrimination and supporting marginalized populations is vital to every community.

We live in a world that has proven over and over that progress does not come without a struggle.

Carlos Medina understands this better than most. He helped create the SUNY Office of Diversity, Equity & Inclusion in 2007, and has been uplifting diversity in the SUNY system ever since. He recently spoke with us about his work and the efforts to create an atmosphere of equality and diversity not only across SUNY, but throughout the country.

“For a system this size, this work will always be a challenge,” he says, explaining that “systems of higher education inherit the equality challenges of society at large. The heart of this work is always about equity and social justice. Our individual campuses have done quite a bit, and this office has done a large amount too. But being a part of an event like NYC Pride is a great example of the system coming together to show support for a great cause.”

Medina stresses that “Diversity is not just cultural, but sexual, urban vs rural, and more.” He identifies one big issue in higher education as the gap in opportunity to succeed between low-income and high-income students—”well-to-do kids have a legacy to pull from, so they have help navigating through college, while first-generation low-income students often do not. Studies show that if you come from a wealthy background, your chance of going to college is near 90%. But if you come from a poor family, those chances fall to near 20%. That is a huge gap.”

Having been born in Puerto Rico and later coming to Brooklyn with his single parent family, Mr. Medina knows first hand the struggles that come with a disadvantaged path forward. He says providing resources that can help these students navigate their way through higher education would help narrow the gap.

A Raised Profile of Diversity on Campus

From the Stonewall Riots to the Black Lives Matter movement, minorities and marginalized populations have made their voices heard through protest, and struggles like these have made their way onto college campuses. Most notably, in the fall of 2015, students began protesting on the University of Missouri campus to draw attention to racism and other forms of discrimination they experienced as students there. Protests, which Medina says “highlight persistent social inequities,” spread to other campuses closer to home, such as Yale, Princeton, and Ithaca. “You can look at higher ed as being a microcosm of society,” says Medina. “So we inherit those issues too. We have students that come from all these different communities that are affected.”

However, only a few months before these protests had gained traction, SUNY had adopted a new diversity policy that Medina says “showed forward thinking by SUNY leaders.” The policy states that a Chief Diversity Officer would be placed on every SUNY campus and gives students the option to self-identify with their sexual orientation, gender identity, and other factors such as military status and whether they are first generation college students. The aim is to make sure students who may be at a disadvantage are receiving the same opportunities as their peers.

Mr. Medina pointed out that unlike changing staff, funding, and leadership, a policy is permanent. “There is no other system in the country that has taken that very bold step forward,” he says.

How Can We Do Our Part?

To follow this directive, Medina offers words of wisdom: “I often think that leadership and legacy are really important… You may feel like you have to be president to leave a legacy, but we should all think about the legacy we want to leave, personally. Thinking that way makes you really take stock of what you want to do and how you want to make a difference. Think about how to be authentic in what you do, so you can make a difference for your friends, or those people around you that are in need.”

Issues surrounding race, class, gender, sexual orientation, and so many other factors often intersect, and sometimes at a disadvantage to individuals.

Despite these challenges, and the challenges presented by a society resistant to change and a young student body that demands it, Medina says that the future of diversity at SUNY will see continuous evolution.

“I want us at SUNY to continue to be a resource throughout the nation, and for the work we do to be respected,” Medina says. “I want people to see that this office is state of the art, that we do viable research, that we recognize all aspects of diversity, and that we know that all people have a place… At SUNY , we are built for greatness, and moving forward, we can really be something bigger.”