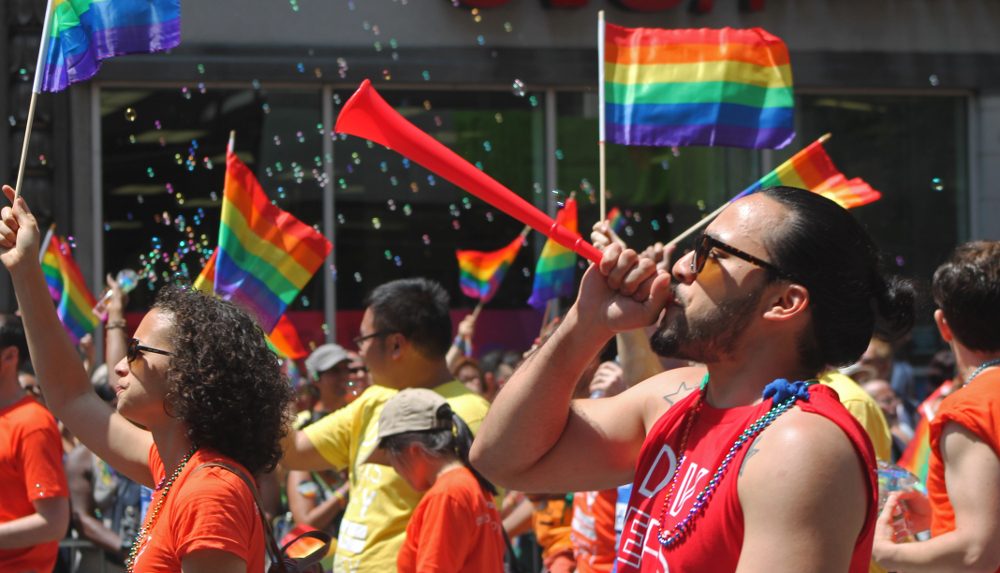 The costumes, the floats, the countless rainbow flags in just about every hand—there are lots of reasons to be excited about the 2016 New York City Pride March. Beyond that are even more reasons to be excited: this year, the annual march will take place on the one year anniversary of the historic Supreme Court marriage equality decision. And for the first time, SUNY will be marching as a contingent in the parade to celebrate the legacy of equality and diversity that it was built upon.

The State University of New York was founded in 1948 on the principles of equity and inclusion. Diversity within our communities at large enriches lives and the educational experience for us all. It is something that should be celebrated. And we can certainly celebrate the progress that has been made in equality for the LGBTQ community as of 2016, even as more changes continue to be made.

LGBTQ pride was borne out of a struggle that still continues today. The first Pride March was held in 1970 to commemorate the Stonewall Riots of 1969—a series of demonstrations held against New York City police, and a response to bar raids that targeted the underground LGBTQ community. Current Pride Marches strive to remember the Stonewall Riots, as well as the tragic and harmful rise of HIV/AIDS among the gay community in the 1980s. The shockwaves of these events are remembered and still felt in the 21st century, even with the progress America has made.

That progress means continual change and adaptation. The Supreme Court decision that made gay marriage legal nationwide last year was a victorious step forward, and one certainly worthy of celebration in the form of this parade down Fifth Avenue.

Governments and educational institutions alike have a responsibility to protect and support their diverse communities. Last year, a new diversity policy went into effect for SUNY campuses. It promotes diversity, equality, and tolerance among students and faculty. It also means SUNY students can now self-identify with their gender identity, sexual orientation, and other factors when registering for classes so that SUNY schools can ensure diverse populations of students are all receiving the same opportunities for success. These efforts and policies are key to creating the learning environments needed to develop tomorrow’s extraordinary leaders who will succeed in an increasingly culturally diverse and globalized society.

All of these reasons and more have led SUNY to become involved in this important celebration of LGBTQ pride. You can join SUNY at the Pride March and continue honoring diversity and equality. To get involved, register for the march and RSVP to the Facebook event! 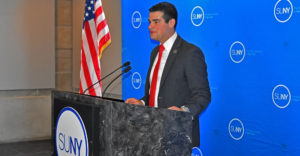 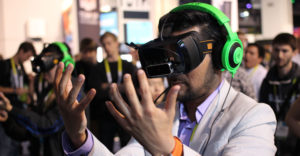 Next post Building a Virtual Reality Footprint In The Capital Region

Julie Maio
November 23, 2020November 24, 2020
Prior to the pandemic, an increased need for more healthcare professionals to join the workforce already existed. With the added...
Anissa Williams
February 11, 2020
In our educational experience, students are continuously informed of the importance in immersing themselves with extracurricular activities, enrichment classes, and...
Zach Percy
August 22, 2018August 24, 2018
Making communities a better place in which to live and learn has been a major priority at SUNY for decades....
Taras Kufel
September 5, 2017September 11, 2017
**Update: In this effort, the SUNY Impact Foundation raised more than $30,000 for Hurricane Harvey and future disaster relief. Read...
Big Ideas
June 19, 2017June 19, 2017
[caption id="attachment_33544" align="aligncenter" width="1000"] Two large “scrims” are affixed to 48 Hudson Avenue, or the Van Ostrande-Radliff House, the oldest...
Taras Kufel
August 2, 2016
Both a landmark and home to the administrative end of the SUNY System, the D&H Building in downtown Albany, or...