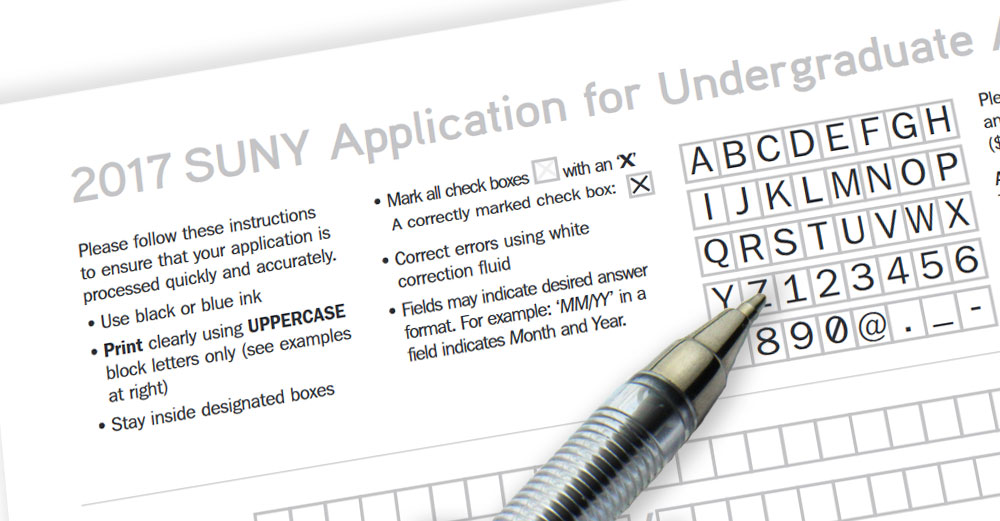 The United States is a land of opportunity, and that includes second chances for those who make mistakes. With the right attitude and commitment, people can find ways to improve their standing in life in any number of ways. And The State University of New York holds a commitment to this right in its mission statement.

“The mission of the state university system shall be to provide to the people of New York educational services of the highest quality, with the broadest possible access, fully representative of all segments of the population in a complete range of academic, professional and vocational postsecondary programs including such additional activities in pursuit of these objectives as are necessary or customary.”

To a segment of the population (those with criminal records), the ability to seek out a path to higher education has been difficult and almost exclusionary. A report stated that 62.5% of candidates who were asked to disclose prior felony convictions, regardless of what kind, on SUNY admissions applications did not complete the application process.

But last week, the SUNY Board of Trustees voted to approve a new policy – one of the first of its kind in the nation – to resolve this issue and prohibit campuses from asking applicants about prior criminal history.

Back in 2016, President Obama initiated a “Fair Chance in Higher Education” initiative seeking to reduce unnecessary barriers facing people with criminal histories who seek to improve their lives through higher education. The federal government requested that colleges and universities not ask about or evaluate applicants’ criminal histories until later in the admission process in order to allow these prospective students to be considered based on their qualifications. Support for this pledge was present and students and administrators got to work.

Policy talk at SUNY originated with students from the University at Albany and SUNY New Paltz, who proposed a resolution to “Ban the Box” to the SUNY Student Assembly. The resolution was approved by an overwhelming majority at the Student Assembly’s 2016 Spring Business Meeting, which led to continued work with the Board of Trustees to refine and make things official, which occurred at the September Board meeting held at SUNY Cortland.

“Today’s policy revision is a milestone achievement for SUNY, one that positions our university system as a leader in what has become a national movement to expand access and educational opportunity for individuals with a felony history,” said Chancellor Nancy Zimpher. “Thank you to the many students, faculty, and staff across SUNY whose critical feedback led to today’s resolution.”

Trustee Marc Cohen, who is also President of the Student Assembly, has shown time and time again how supportive of the resolution students across SUNY have been. “I am proud of the hard work and dedication my colleagues have put into eliminating convictions from the general admission process,” said Cohen, adding that he feels that prospective students deserve the benefit of the doubt that comes alongside the recent change.

Numerous groups and agencies have come out in support of the change over the past year, including the New York State Bar Association, the Center for Community Alternatives, and the US Department of Education. Governor Andrew Cuomo, who noted in his State of the State Address this year the need for re-entry reform, commended the work of SUNY and its Trustees, stating that “every New Yorker deserves a fair and equal chance to achieve their goals” when it comes to earning a college degree.

The decision was hailed as a “major victory for the ban the box movement,” and the New York Times Editorial Board called the vote as an example to be followed nationwide.

SUNY required all applicants to disclose prior convictions before this policy was adopted, and will continue to do so until the policy takes effect next July (2017). Once it becomes system-wide policy, campuses may only ask students about previous convictions if they want to apply for on-campus housing, certain internship programs, or other specific reasons.

These notable changes continue to expand on the mission to offer the highest quality higher education to all comers at SUNY.