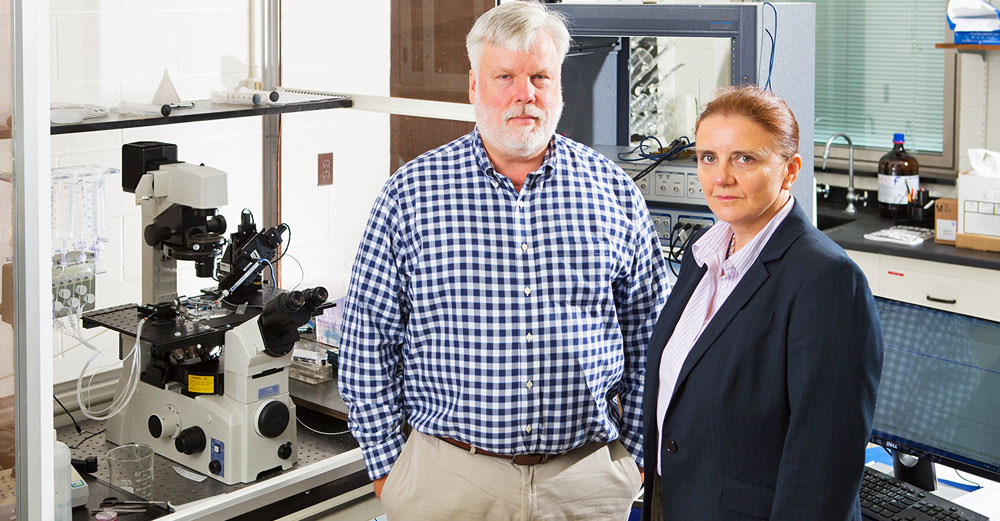 Before the U.S. Food and Drug Administration (FDA) lets any new drug come to market, developers must prove that the product will not cause heart attacks in patients. A start-up company, born at the University at Buffalo, now gives drug companies a better way to conduct this crucial safety test, slashing development costs for a new pharmaceutical by hundreds of millions of dollars.

Cytocybernetics grew out of research conducted by Glenna Bett, associate professor of obstetrics and gynecology at UBuffalo, and Randall Rasmusson, professor of physiology and biophysics. Founded in 2014, the company has taken off quickly with help from several New York State initiatives.

Bett and Rasmusson first developed the technology to aid their own research involving human heart cells. Techniques already existed to transform adult human cells—often from skin—into stem cells, and then into the cells that make up the heart. Those lab-made cells are identical to cells in a real human heart in every way but one: they’re missing an electrical current known as IK1 (inwardly rectifying potassium current) . “You can’t do some of the key tests without that component,” says Bett, CEO of Cytocybernetics.

Bett and Rasmusson built a computer-driven device called the Cybercyte, which supplies IK1 to the cell. After Bett gave a paper on their invention, other researchers started asking for Cybercytes of their own. “So we formed the company to sell them,” Bett says.

At first, Bett and Rasmusson planned to market the Cybercyte strictly as a tool for scientific research. Then they brought their business plan to the Buffalo Pre-Seed Workshop, a coaching event for entrepreneurs sponsored by UBuffalo, Empire State Development’s Division of Science, Technology and Innovation (NYSTAR) and the Western New York Innovation Hot Spot. “They absolutely tore us apart—which we needed,” Bett says.

In the past, drug developers have used a technique called the hERG screening assay to learn if a compound might trigger heart arrhythmia, a condition in which the heart can beat too fast, too slow, or with an irregular rhythm. But that test gives incorrect results 30 percent of the time. A more accurate test, using heart cells made from adult stem cells, could save years of work and more than $300 million by knocking unsafe compounds out of the pipeline early on, Bett says. But that test will work only if the cells contained the crucial IK1 current—which the Cybercyte supplies.

According to Bett, the current annual global market for cardiac safety testing is $9.9 billion.

Along with $241,933 from the National Institutes of Health (NIH), Cytocybernetics also gained crucial assistance from several New York State programs. A $30,000 matching grant from the UB Center for Advanced Biomedical and Bioengineering Technology, plus a $50,000 SUNY Technology Accelerator Fund (TAF) grant, helped the company prepare the Cybercyte for commercial production and verify its value in drug safety screening. “The TAF money also helped to put us in position to apply for a Phase 2 NIH grant,” Bett says.

As part of the TAF program, Cytocybernetics received a critical review of its business plan and technology from a panel of experts. “Even if we hadn’t gotten the money, that document alone would have been worth a lot,” Bett says. One panel member, a drug company executive, later became a customer.

Cytocybernetics also was accepted into START-UP NY, the program that provides tax incentives to eligible businesses that partner with certain colleges and universities in the state.

Not only did those programs provide direct assistance, but they gave Cytocybernetics strong edge when it entered 43North, a Buffalo-based business plan competition. In her pitch, Bett pointed to the earlier awards as proof that the technology was ready to go to market. Cytocybernetics won $500,000 from 43North, plus mentoring services and other support.

“Both START-UP NY and 43North exposed them to a whole new range of potential investors and experts,” says Christina Orsi, associate vice president for economic development at UB. “One of the challenges we’ve seen across upstate New York is that, although we have a lot of wonderful life science technology developments, we’ve seen very little private capital investment. START-UP NY and 43North are starting to secure the interest of outside investors and significantly raise the profile of our startup companies.”

Today, Cytocybernetics has four employees. They include two recent hires: a Buffalo native who returned to his home town from Silicon Valley for the job, and a former intern from SUNY Buffalo State who stayed with the firm after graduation. The company is selling Cybercytes and developing versions of the device for other applications, such as work with neuronal cells. It’s also performing drug screenings as a service.

“We could not have done all this without the incredible support we’ve received,” Bett says. “The resources are just tremendous.”

One thought on “$300M Savings on Drug Development? A New Device Made From SUNY Research Could Do It” 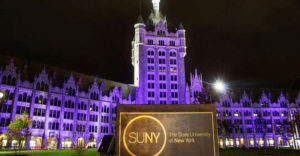 Previous post During Domestic Violence Awareness Month, We Can All Step Up To Stand With Victims 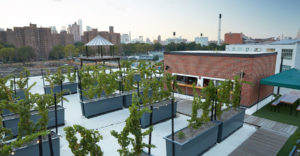