During Domestic Violence Awareness Month, We Can All Step Up To Stand With Victims 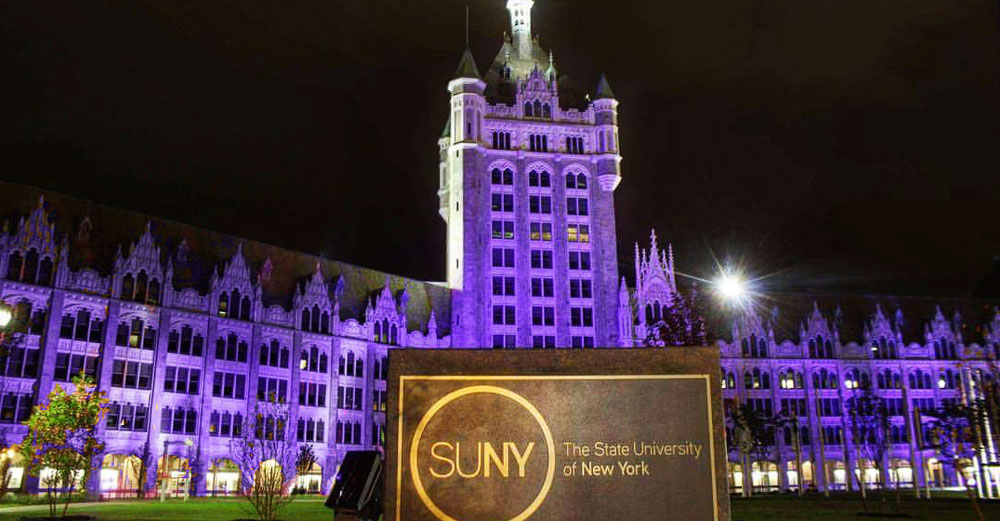 It is often said that a problem can’t be eliminated without first fully recognizing that it exists. When it comes to domestic violence and sexual assault, the studies show us that this is still a prevalent problem in our homes, businesses, and schools. But when some people don’t see it first hand, it’s on the others to help bring the issue to light.

This is why October is designated as Domestic Violence Awareness Month, a month dedicated to raising awareness about domestic violence and helping people join in the efforts to end violence in society. SUNY and our campuses are fully involved in bringing this cause to our students and faculty throughout New York.

It’s been more than a year since the release of the SUNY Sexual Assault & Violence Response resource kit was made available to all of New York. This first of its kind tool was built to offer response, support and reporting resources throughout New York for victims and survivors of sexual assault. Those who need it can find medical centers, shelters, legal resources, and more in a single page web resource.

But the efforts to end domestic violence on campus don’t stop here. There are countless efforts taking place across all SUNY. Let’s see some examples below.

What are our campuses doing?

The week of October 16 through 22 is the national week of action. Our campuses have organized different events as part of the SUNY’s Got Your Back campaign. SUNY’s Got Your Back is a year-long project to collect comfort kits for victims and survivors of sexual and interpersonal violence who come to shelters and centers across New York. The initial goal was to get 2,016 bags filled, but we have far surpassed that goal are just shy of 10,000 through the end of September!

Jefferson Community College  is one campus, among many, that has taken action to make survivors of sexual assault feel comfortable and supported as well as teach their campus community how to advocate against these unacceptable actions. JCC donated drawstring backpacks for the county Victims Assistance Center as part of the SUNY’s Got Your Back Campaign.

As well, SUNY Maritime just completed their own bag drive in which they gathered more than 300 comfort bags for four domestic violence shelters in the Bronx.

And campuses are involved in more than this one effort during Domestic Violence Awareness Month.

Every campus can get involved in some way, so make sure to check out your local campus and see what you can do.

What are our student leaders doing?

It’s On Us is a pledge you can take to recognize, identify, or intervene in situations of sexual assault on your campus and to create an environment in which sexual assault is unacceptable and survivors are supported. The entire SUNY SA executive board has vowed to take the It’s On Us pledge before the end of their next committee meeting.

Student leaders are asking students from all our campuses to join this effort to prevent sexual violence. Simply take SUNY SA’s pledge to prevent sexual violence on campus. Once done, there are many different ways your campus community can get involved and how the Student Assembly can help you. The link provided features different ways your campus can host events and promote the efforts of SUNY’s student leaders.

What can you do?

Whether you’re a student, parent, faculty, or citizen, you can take a pledge to end domestic and relationship violence and let the community know you support survivors this month. Wear purple on October 20th, during the National Week of Action, to express your support and take a stand against domestic violence. Through it all, you can show everyone how you, with SUNY, have got New York’s back.