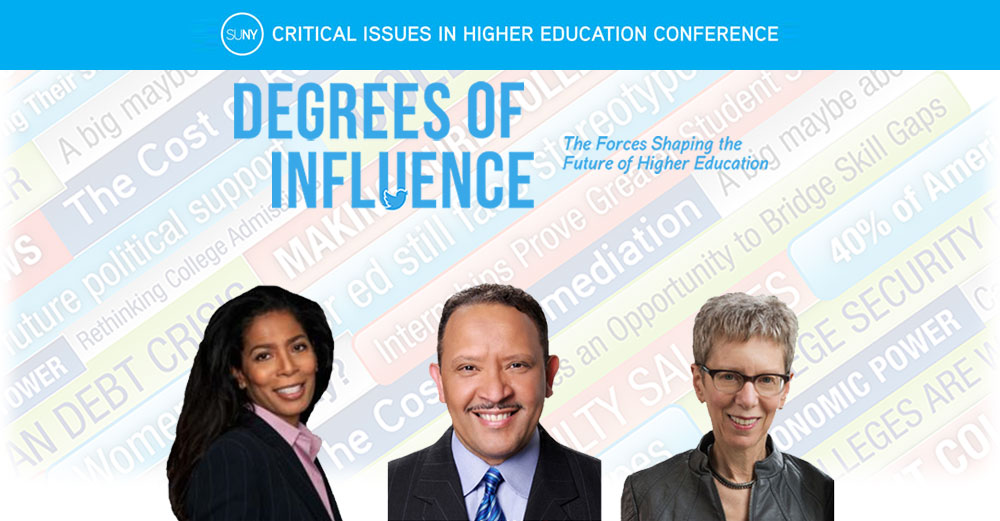 We’ve brought you a background on SUNYCON 2016 earlier this year and what the theme will cover. Degrees of Influence: The Forces Shaping the Future of Higher Education is a topic that many can make themselves familiar with. To help us bring this to life, we have three very engaging individuals confirmed as keynote speakers for this year’s event. From crisis management to civil rights advocacy to intimate conversations of culture and the human experience, these three individuals are sure to present some fascinating viewpoints and things for us all to think about in the world of media and public perceptions as we move forward.

Let’s learn a little more about our keynote speakers for SUNYCON 2016. 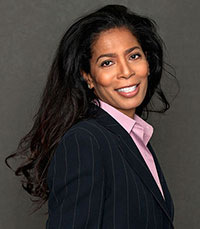 Judy Smith is a real-life political fixer and the inspiration for the Shonda Rhimes’ show, Scandal. She has had quite a career handling crises such as the Monica Lewinsky scandal, the cyber-attack on Sony Pictures, and the Los Angeles Riots. Before she opened her crisis management firm, Smith & Company, she was the Special Assistant and Deputy Press Secretary for President George H. W. Bush. She has worked in both the public and private sectors, building a reputation all of Washington can respect. Smith has created a name for herself in a world full of scandal.

Back in the 90s, when Smith was handling the previously mentioned scandals, social media was nowhere to be found. But in the late 90s and growing exponentially ever since then, the smartphone revolution has changed the way crisis management must work. Here, in a video from 2013 from CNN’s Piers Morgan Show, Judy gives some insight into how social media has changed her line of work: 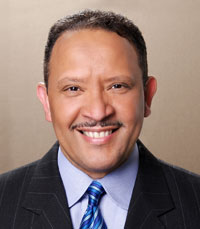 Marc Morial is the current president of the National Urban League, the nation’s leading historic civil rights and urban advocacy organization which advocates to enable African Americans to secure economic self-reliance, parity, power and civil rights. In his long, professional career, Marc has held many prominent leadership roles, from entrepreneur to lawyer, professor, legislator, mayor, and CEO, including serving as Mayor of New Orleans from 1994-2002.

In recent years, with the rise in racial tensions across the country, the National Urban League’s mission may seem more prominent than before. And Marc Morial has been the leader at the forefront of response to the news-making events we’ve seen on TV and online. See Marc talk about fighting racial tensions on the CBS Morning Show earlier this summer:

Terry Gross is heard by millions of people across the country and world on NPR’s Fresh Air radio show. Terry has been on the show since 1975, providing us with more than four decades of material and memories. Terry is known for her calm yet incisive approach to her on-air conversations. With her thorough research, her interviews will often take an unexpected path, leading to thoughtful discussions of topics that are interesting yet rarely covered.

In September 2016, Terry Gross received the National Humanities Medal by President Barack Obama at the White House. The Award cited “her artful probing of the human experience. Her patient, persistent questioning…has pushed public figures to reveal personal motivations behind extraordinary lives – revealing simple truths that affirm our common humanity.” The video of the award ceremony may be seen below:

These topics are ones that effect all of us who are in and around higher education in some way. Be sure to register for SUNYCON 2016 and be a part of the discussions that are set to take place.