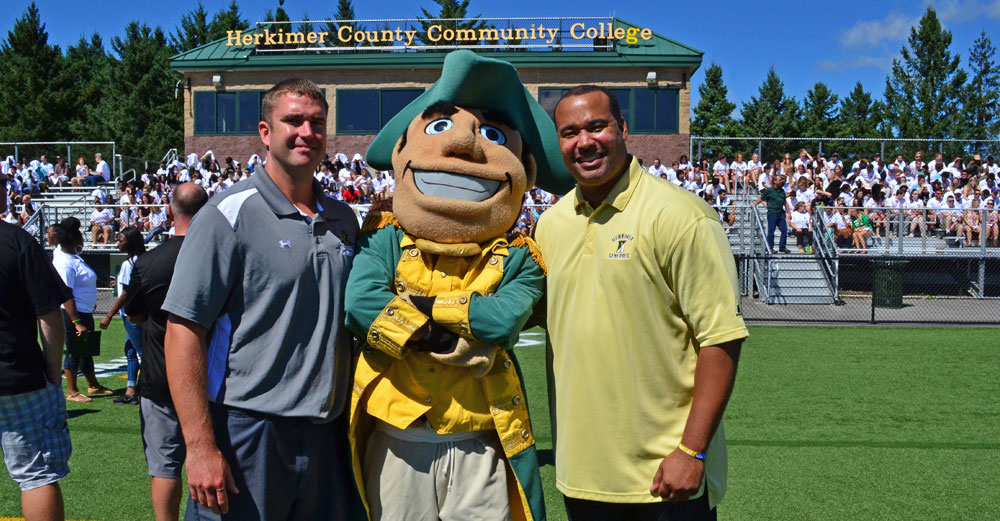 Dartray Belk grew up in housing projects in South Jamaica Queens, NY, finding himself in middle school with no knowledge of how to read or write. Fast-forward a few years and he’s a college graduate with a bachelor’s degree, a sworn officer for the New York City Police Department, and can claim more volunteer experiences and community projects than many have in a lifetime.

Belk is a community affairs liaison officer with the 26th precinct in Harlem, NY, the Manhattan trustee for the NYPD Guardians Association, member of the Free Masons fraternal order, and catalyst for change wherever he happens to be. His mantra has always been perseverance and determination, and he recognizes it stems from his upbringing.

“I grew up with my grandmother; she is the reason I am the person I am today. She taught me to do what I need to do and stay on it until I get to the top,” Belk says confidently. Unfortunately, this confidence did not come naturally, and his lack of education was the key factor. “I was told around 7th grade that I couldn’t read or write, and that was the pivotal point of my life,” he recalls. “I really turned it around and started to push myself.” From that moment on, he worked every day to improve his mind by reading the newspaper: comic strips, the sports section, anything to get him started. With no one to help, it was up to him to make it happen. 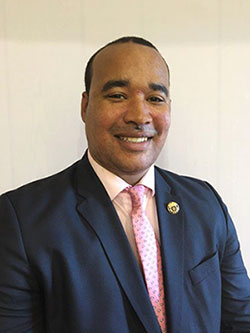 Dartray joined the Boy Scouts of America around the same time. Integral components of Boy Scout activities are volunteering and community service, sparking his interest in philanthropy. Even as a young boy, he would give his summers over to the local Veteran’s Affairs hospital and get to know the men and their history. With such ambition and hard work, Belk’s obvious next step was to get into college. But without proper guidance, where to begin?

“I was just about to go into the military,” Belk says. “I stepped outside and they were waiting for me to get in the vehicle to sign over my life to the military. As I’m about to, my phone rings. It was somebody from Herkimer!” He chuckles, “I kid you not, two days later I got accepted, and that’s where it all started.”

Belk entered Herkimer College in 2003 as a member of the basketball team. He cites his professors and coaches as his main supporters and mentors during his journey through Herkimer. Looking back at his struggles with literacy, he credits Assistant Professor of English Andrew Devitt in particular for his help. “I came across Professor Devitt in a writing class,” he says. “I loved writing more and more every day. With him opening that door, it opened me to a lot of things in life. He taught me how to be free. Whatever you write on paper, you express it and you express yourself.” His academic development took off at that point, and Belk began to improve in all areas of the classroom. “I owe all praise to Herkimer, that’s where it all began for me. They took the time out to understand me. I don’t know if they saw something in me, but they worked with me.”

“Dartray was one of my first students and I can still remember the writing he did for my class,” says Devitt. “What I remember most about him, aside from his work ethic, was how focused he was. He knew what he wanted from life, and I never doubted he would succeed.”

After graduating from Herkimer College in 2006, Dartray moved on to the University of Hartford in Connecticut to play basketball and, of course, continue volunteering. One of his projects, Stomp the Violence, put focus directly in schools. He was interacting with and educating the students as well as pushing for community grants while even continuing his own studies. Picking up an internship shortly after, Belk worked closely with community leaders and the local police department on the Weed and Seed project, an initiative to ‘weed’ out negativity and ‘seed’ positive, productive action in the community. That internship led him to a spokesperson position for the 1 Percent Plan push, a funding effort for community improvements. “It’s a high-poverty area, Hartford. The community was very violent and being given the opportunity to work in there, I became a difference-maker.”

Difference-maker is a title that Belk has worked hard to earn. Even now, his goal is to improve community relations between its members and his police department in Harlem. He has organized events from basketball games to rock climbing, educational clinics to community dinners. In his capacity as an officer, he calls it “bridging the gap” between the department and the people. His focus is to nurture those relationships and create a thriving community of active citizens.

As our country continues to shine a light on dissent between public and police force and increasing violence on all fronts, Belk offers insight from both sides of the fence. “I can break it down like this: The national unrest depends on your neighborhood. You have to see it on a different scale,” he explains. “I’ve lived it both sides. I lived in a heavy area. The only way the community can stop this violence is to become active in it. I tell people all the time, you can’t rely on the community leaders. You are the community leader. You make a difference.” His mission has always been to give his communities the resources to be proactive.

Belk’s story is laced with personal hardships, but he hopes that others can learn from his experiences and be inspired to take action wherever they are. “From being a little kid who didn’t know how to read to being very successful in my craft, it has been amazing,” he says. “Give it back, that’s the main thing. Give it back.”