Surgery Didn’t Slow Her Down, It Opened New Doors to Success 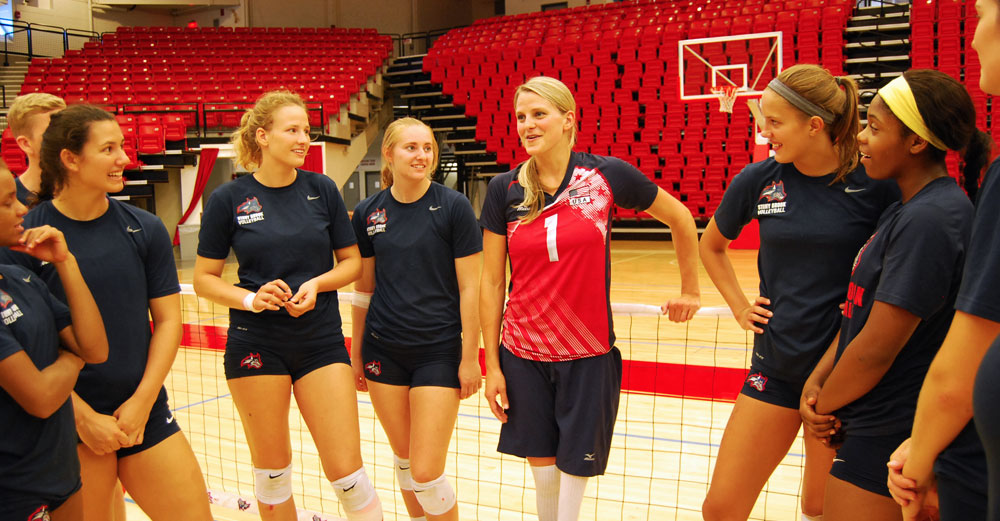 When Lora Webster was eleven, unusual knee pain prompted her to see the doctor. One week later, she was undergoing her first round of chemotherapy. The pain had been caused by a tumor, as she was officially diagnosed with osteosarcoma (bone cancer). The doctors gave Lora a choice: she could either have a full amputation or she could undergo an operation known as a rotationplasty.

Knowing that the choice would forever impact their daughter’s life, Lora’s parents allowed her to make the decision. She chose to undergo the rotationplasty. The cancerous bone was removed and her lower leg was rotated 180 degrees before being surgically reattached. This allowed her ankle joint to serve as her knee joint. She was later fitted for a prosthetic. Choosing this route allowed Lora to be more active.

Lora had been a volleyball athlete growing up, and continued to play standing volleyball throughout high school. In her junior year, she was asked if she wanted to be a member of the Sitting Volleyball team in the U.S. Paralympics. Lora was initially hesitant as, up until that point, she didn’t see herself as being ‘disabled’. However, after being prompted and encouraged by various people, she joined the team as the Middle-Blocker.

Following her victory, Lora received a congratulatory video from the standing volleyball team at Stony Brook University. The Paralympian has been attending Stony Brook on and off since 2010, working toward a Bachelor Degree in Sociology which she is set to complete in the Spring. According to Lora, the professors have been remarkably helpful and flexible, allowing her to juggle her life as a renowned athlete, her life as a college student, and her life with her family.

Lora has three wonderful children and a husband who has supported her every step of the way. Following her recent victory in Rio de Janeiro, Lora hopes to “take a breath” and spend some well-deserved time with her family.

Listening to Lora describe her journey allows us to truly grasp the lengths that SUNY students with disabilities go to and the obstacles that they overcome to reach success. Across the state, at all 64 campuses, there are students with disabilities who are breaking barriers everyday, whether on the court, in the classroom, or somewhere in between.