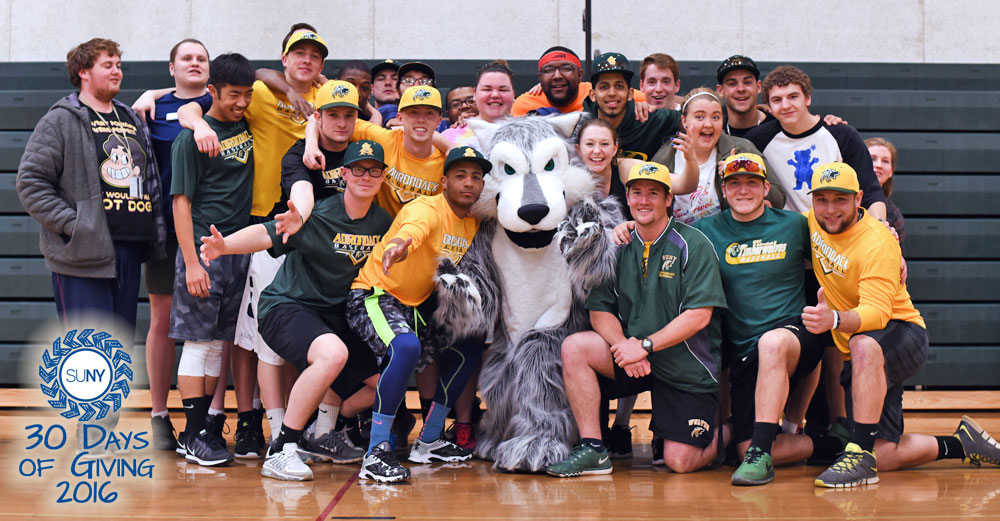 In April of 2016, the SUNY Adirondack campus came together in support of a former student, Otto Miller.

Miller transferred to another college where he was recruited to play hockey and was anticipating the start of the spring semester. He was living off-campus and while shoveling snow off the roof after a big snowstorm, when he slipped and fell, landing on his back. Otto found himself in the University of Maryland Medical Center, paralyzed from the chest down.

Otto and his family found themselves in need of money to cover the cost of rehabilitation, hotel and transportation expenses, as well as renovations to make their home handicap accessible.

Along with the rest of the community, SUNY Adirondack came together to raise funds to help alleviate some of the financial stress the Miller family was now faced with so that they could focus on Otto’s recovery.

Students, faculty and staff organized a kickball tournament where teams competed with the same goal – to help a friend and former student. Each player paid a fee to participate. SUNY Adirondack President, Dr. Kristine Duffy and SUNY Adirondack mascot, Eddy Rondack joined in the effort as well. The college raised a total of  $1,877 for Otto and his family.