On The Way To Beating Cancer, Doctoral Students Land Their First NIH Grants 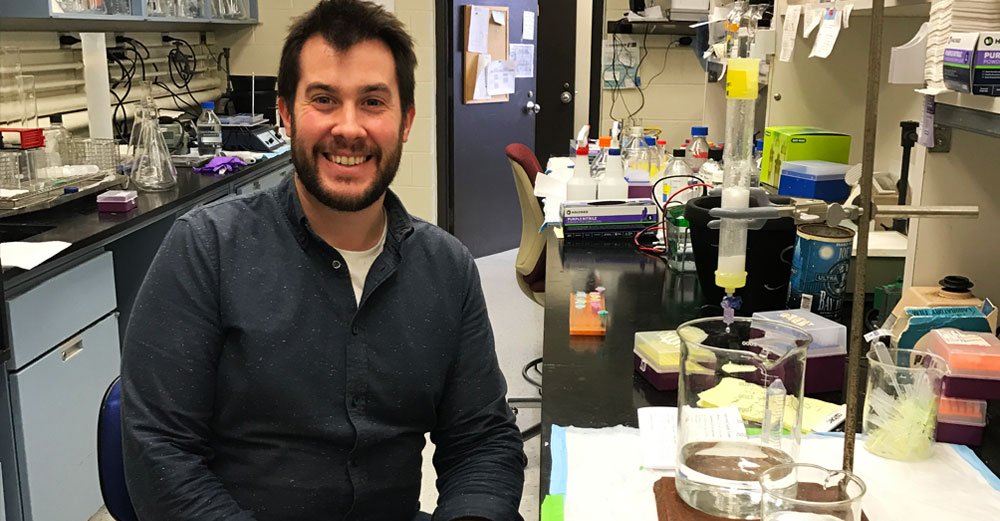 When Alex Bott describes his friends Matthew Elmes and Christian Ruiz, he talks about their shared enthusiasm for research, their desire to communicate about science, their commitment to helping people.

They’re all doctoral students at Stony Brook University, they’re all part of the fight against cancer, and after competing against researchers from all over the United States, they now have one more thing in common: With help from the Graduate Student Research Proposal Incentive Program, all three received 2016 grants from the National Institutes of Health (NIH).

“Writing grants isn’t easy, which is why this is such a great program,” says Bott, who received a three-year award to study a regulator gene called Myc, which is amplified in a wide range of cancers, including his primary focus, breast cancer. “For students who are on the fence about applying for a grant, providing an incentive can make all the difference. The act of sitting down, thinking, and explaining why your research matters is absolutely essential, even if you don’t want to make your career in academia. If every student could talk about their work in the simplest terms, without jargon, we’d have a tremendous effect in promoting scientific literacy.”

Like Bott, Ruiz studies the metabolism of cancer, exploring the biochemistry behind KRAS, a drug-resistant oncogene that helps tumor cells divide, proliferate, and metastasize. “Oncogenes are the drivers of cancer, the captains of the ship that help tumors become metastatic,” says Ruiz, who worked closely with his faculty advisor on this application to study non-small cell lung cancer (NSCLC), which accounts for the vast majority of lung cancers. “The oncogene gives the tumor instructions on how to grow, which are critical to the tumor’s survival. If we can understand these metabolic changes, we can learn how to attack the oncogene. Because up to this point, we haven’t been able to touch it. It’s been almost completely untreatable.”

In the past year, Ruiz has been making progress studying how KRAS uses sugars to stimulate growth, while Elmes has been researching ways the body metabolizes cannabinoids, which has become increasingly important to understand with the rise in medical marijuana use. In a 2015 article in the Journal of Biological Chemistry, Elmes identified a new mechanism for transporting tetrahydrocannabinol (THC), the active ingredient in marijuana, within brain cells. Now, with this two-year NIH grant, Elmes can begin focusing on the liver, where the body metabolizes THC, which could lead to a deeper understanding of the drug-drug interactions experienced by cancer patients. 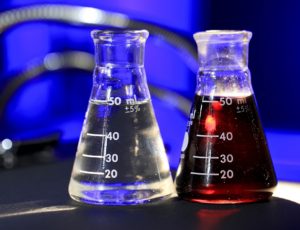 “This is first and foremost a basic science question about how THC works in the body, and if we can find the answer, we can improve the efficacy of the medications people are receiving,” says Elmes, who arrived at Stony Brook after working for three years as a researcher at Mount Sinai School of Medicine. “I find the whole topic really fascinating, and with this grant, I’ll have funding to continue till the end of my PhD. Living on a graduate student stipend, this grant is a real financial help for me, and I don’t think I would have applied without the incentive program. That’s what motivated me to get in gear and start writing.”

Now in its second year, the Graduate Student Research Proposal Incentive Program is a working collaboration between the Research Foundation for SUNY and the University Faculty Senate, emphasizing the importance of grant-writing as a foundation for building a career in science. SUNY doctoral students are offered a $1,000 incentive for completing an F30 or F31 grant application to the NIH, with step-by-step support provided throughout the process from books, seminars, and training sessions on the keys to successful grant-writing.

“The university faculty is very supportive of our students, and we want to promote the great research they’re doing,” says Rosalyn Rufer, interim associate dean for graduate studies at Empire State College and chair of the Graduate and Research Committee for the University Faculty Senate. “We thought that if we could increase the number of grant applications, we could increase the number of grants, which is exactly what’s happened.”

Rufer noted that over a hundred students engaged in the writing workshop. “They’re learning that there’s more to successful grant-writing than just the research itself. It’s about how well you put together your application, which is why we’re so pleased to see Stony Brook students receiving such substantial grants.”

“It’s about life-saving research,” says Kathleen Caggiano-Siino, vice president for human resources at the Research Foundation, who serves as a member of the Graduate and Research Committee. “”When you talk to these three graduate students, you see how they’re trying to save people’s lives. For me, to be part of something that’s much bigger than one college or one university, working toward the greater good, has been enormously meaningful. It’s personal, not just for me as a cancer survivor, but for all of us.”