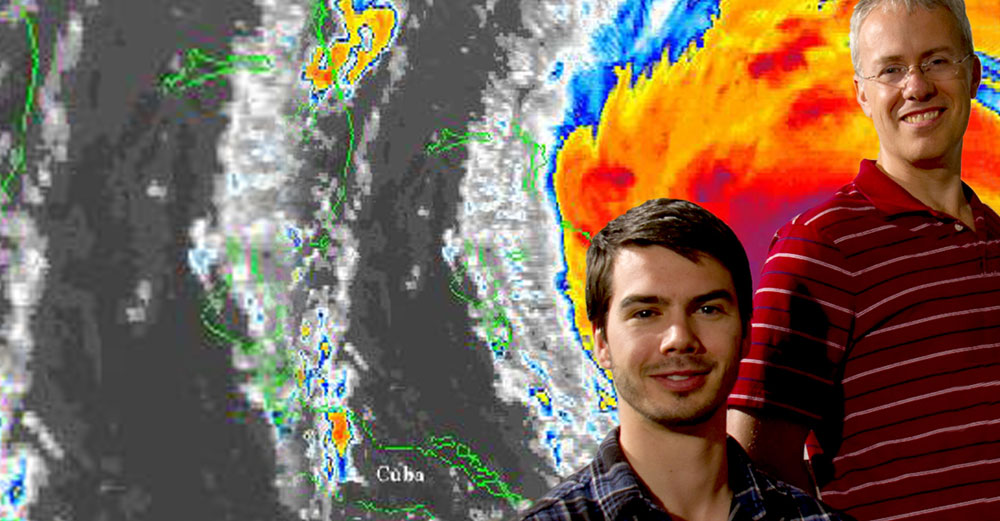 In October 2016, Hurricane Matthew became the most destructive hurricane to hit the United States in more than a decade, killing 49 people and causing $1.5 billion in damage along the Eastern Seaboard. In some ways, Matthew was atypical, with a “blob” of thunderstorms to the east, a southward turn toward Venezuela, and a series of large-scale electrical discharges called “lightning sprites.” But in other ways, Matthew clearly fit a pattern that Alan Brammer has seen before, starting as a tropical wave off the coast of Africa two weeks earlier, when meteorologists began following its progress, and moving rapidly across the Atlantic.

“The wave that later spawned Matthew initially struggled to intensify while it was over the Atlantic,” says Brammer, a post-doctoral researcher in the University at Albany’s Department of Atmospheric and Environmental Sciences (DAES), where he studies these African easterly waves and tropical cyclogenesis. “As it reached the Caribbean, the surrounding environment became more favorable and it was able to intensify into a major hurricane very rapidly and passed over Haiti a couple of days later.”

“Getting data early on can give us a good sense of how and if a hurricane is going to develop,” he continues. “If we can improve those early forecasts, we can give emergency management people on this side of the Atlantic more time to prepare. That extra day or two can potentially save a lot of money and a lot of lives.”

In his 2015 dissertation and in his work with department chair Chris Thorncroft, Brammer concentrates on the days leading up to cyclogenesis, as these tropical waves begin to travel west from the African coast. As the atmospheric waves leave West Africa, they can encounter dry air from the Sahara or from the mid-latitudes, which hinders the waves’ ability to intensify. But about 10 percent of the systems are strong enough to defend themselves against the dry air, and instead of diminishing in strength as they cross the ocean, they can build into a tropical storm or hurricane.

“We’re trying to understand why that number is only 10 percent,” says Brammer, who began taking an interest in hurricanes as a young boy growing up in England. “We’ve seen how dry air is ingested into these easterly waves, how these waves interact with their environment, and how the environment can impact the development of these systems. That’s giving us confidence in predicting the probability of cyclogenesis, so that when we see an easterly wave leaving Africa, we can look at the large-scale moisture around the system and know how the disturbance is likely to develop.”

At Leeds University, Brammer started studying African weather, which was his advisor’s primary interest, then focused on its relationship with Atlantic hurricanes, finishing with an undergraduate honors thesis that analyzed the differences between developing and non-developing African easterly waves. From there, Brammer crossed the ocean to study with Thorncroft, who has published more than 50 papers on African easterly waves. During his tenure as department chair, Thorncroft has helped DAES almost double in size, with over 80 graduate students making it one of the largest graduate atmospheric science programs in the country.

While at UAlbany, Brammer presented at eight conferences on hurricanes and meteorology, provided mission support for four years of unmanned hurricane research flights by NASA and the National Oceanic and Atmospheric Administration (NOAA), and published two papers in Monthly Weather Review. He’s currently working with Jason Dunion, a NOAA hurricane research scientist and recent Albany PhD graduate, to create new methodologies for predicting the genesis of tropical storms, reaching toward a future that can encompass ever-increasing amounts of data and produce probabilistic predictions that become more reliable year after year.

“By definition, hurricanes are dynamic, and there’s a lot of excitement and intrigue as to how these things come about,” says Brammer. “Seemingly out of nothing, you can see a weak cluster of clouds over the ocean. Then a few days later, it’s a strong tropical storm racing towards the United States. Working out where these storms come from, where all this potential force is generated, is exciting in itself, and if we can make better predictions, people on the ground can make better-informed decisions to save lives and property.”

If people can better understand and therefor better prepare against hurricanes, this type of information could indeed save many lives in the future.

One thought on “Working to Improve Our Ability to Predict Hurricanes” 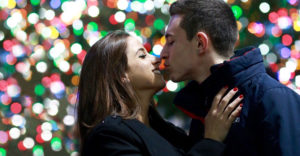 Previous post A Romance Formed at Precisely the Right Location 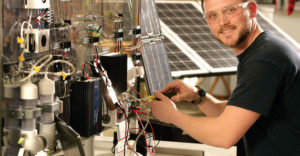 Next post The Innovation Age is Here. How Do We Meet the Needs of Tomorrow’s Workforce Economy?