Are You Ready for Mascot Madness 2017 – The Bracket is Out 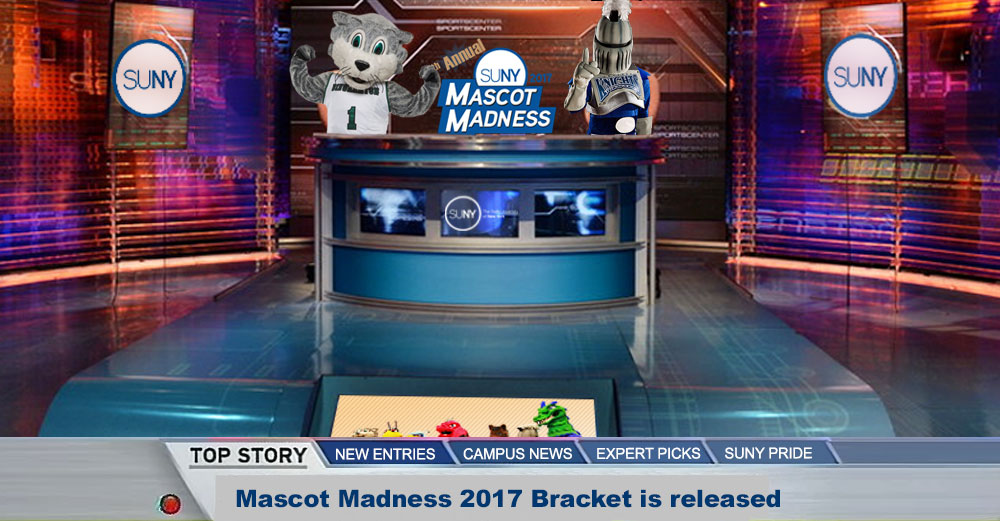 It’s right around the corner. Mascot Madness 2017 starts next week. This year’s edition is the 5th anniversary, which is a great milestone in SUNY spirit. But before we can get started, we need to know where to concentrate our voting and rooting efforts. Before your favorite mascot advances, you need to know who’s competing against who in round one.

The official bracket is now available to analyze, debate, and make selections for who you think will win the whole thing. Will it be one of the past winners – Hugo Hawk, Baxter Bearcat, or Victor E. Knight – or a new mascot to enter the hall of champions?

Take a look below and get ready to vote. Everything kicks off on Tuesday, March 14th at 1:00pm. 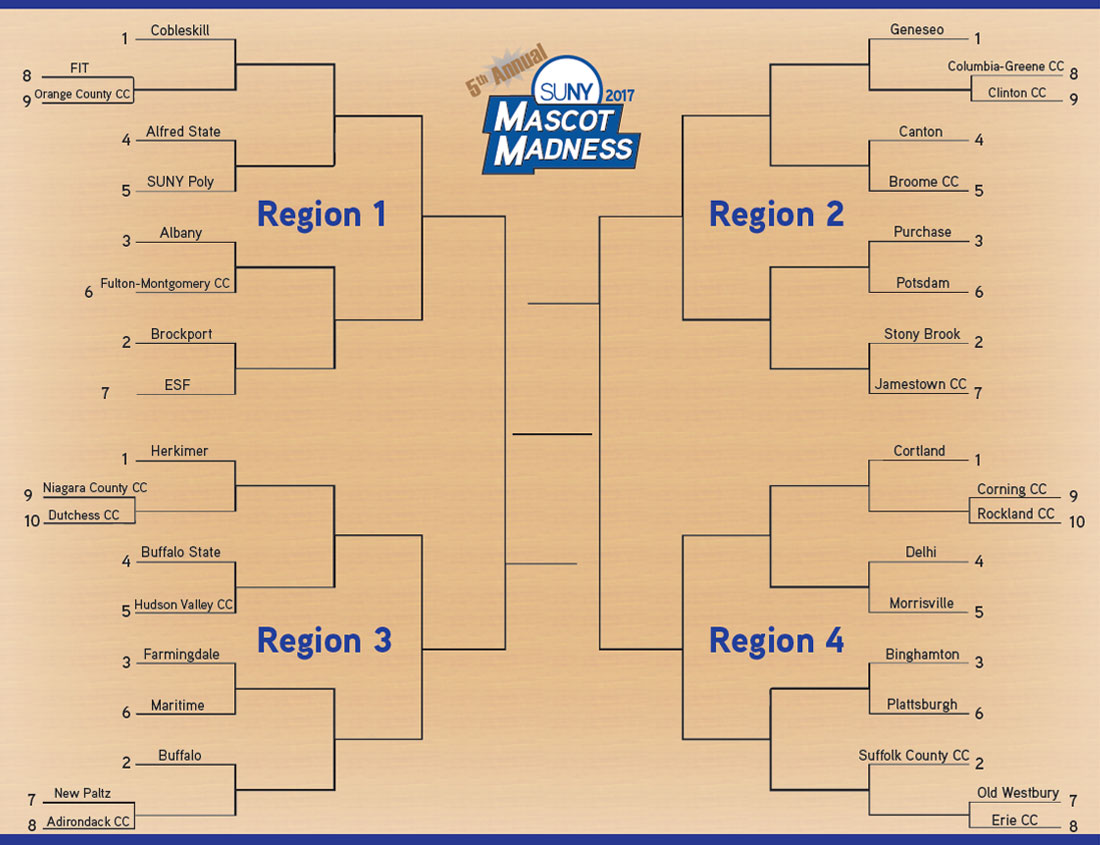