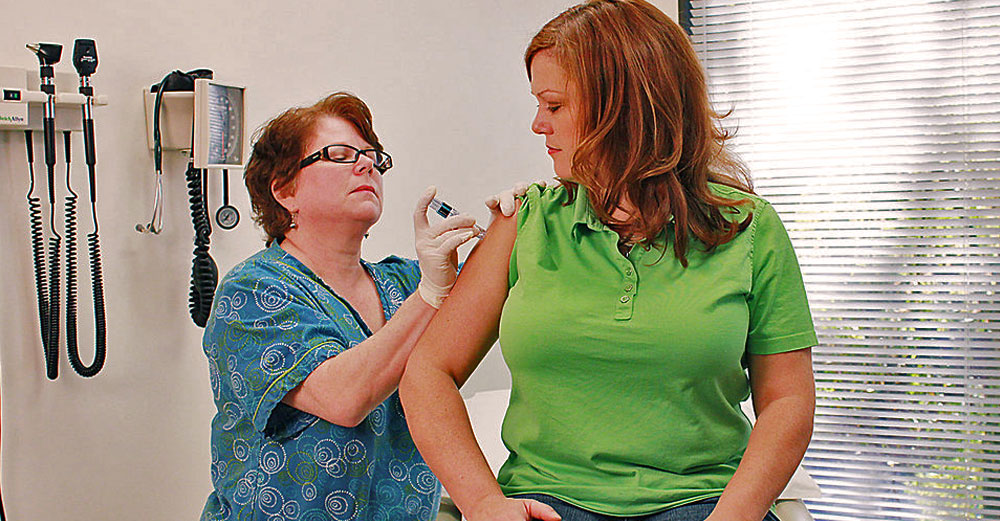 The story has been told in books and movies many times – a deadly virus starts affecting so many people that eventually it becomes a pandemic of epic proportions. If only the people had a way to defend themselves and fight off the deadly disease, all would be ok. Well, we’re there today thanks to the work of SUNY start-up Codagenix.

Codagenix, a biotech start-up on Long Island, has created a software platform that can rapidly synthesize vaccine candidates against the most dangerous viruses threatening human and animal life by using computer algorithms to rewrite a virus’s genetic code. We first learned about Codagenix when they were but a small start-up conducting ground-breaking research via an NIH grant. Now they’re taking their work to the next level.

How do we protect ourselves with vaccines?

Viruses make people sick by invading a human cell, then using that cell to replicate itself. In response, the body creates antibodies to destroy the invaders. These antibodies are memorized by the immune system even after an illness passes, a remarkable process that protects against future infection. Live attenuated vaccines—the most effective—take advantage of this process by inoculating the recipient with a weakened (attenuated) form of the virus, thus imitating infection in order to provoke an immune response.

Traditionally, attenuated/weakened vaccines are created by passing the virus numerous times through non-human cells. With each passage the virus loses some of its ability to replicate in human cells. Eventually, the process produces a version of the virus that can still be recognized by the human immune system but is too weak to replicate enough to cause illness. This method is both lengthy and haphazard, based as it is on trial and error. 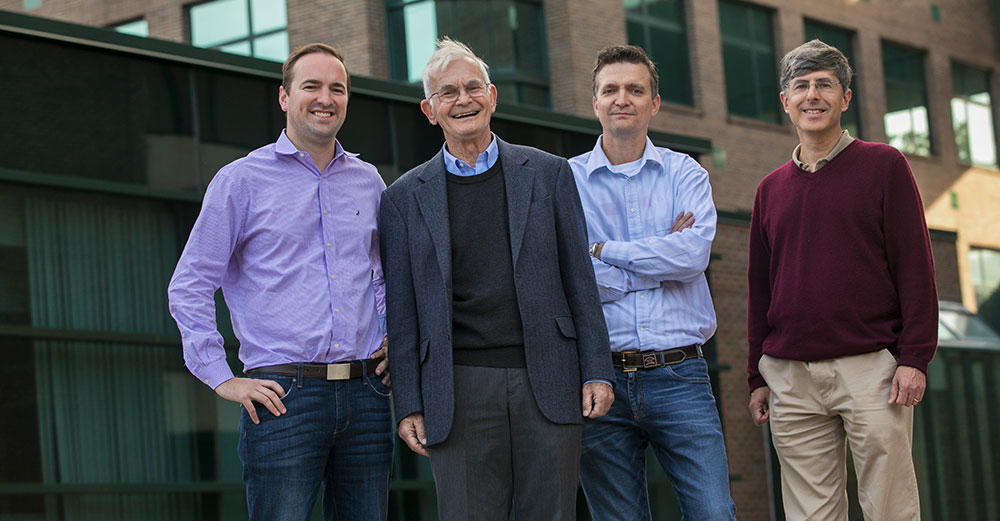 Codagenix’s software eliminates the trial and error. The company was founded in 2012 by Dr. Eckard Wimmer, Distinguished Professor at Stony Brook University’s Department of Molecular Genetics & Microbiology, along with Steffen Mueller and Rob Coleman, assistant professor of biology at Farmingdale State College, both of whom received their PhDs in Wimmer’s lab. By running a virus’s genome through a computer algorithm that calculates a new genome, Codagenix is able to create an attenuated/weakened form of the virus.

The software borrows from Wimmer’s 2002 groundbreaking work, when his team manufactured the genome of wild type poliovirus (the type occurring in nature) and converted it to the “live” poliovirus. The synthesis used chemicals purchased from a mail order catalogue and juice from a human cell. In 2008, Mueller and Coleman took the synthesizing process one step further: they recoded a viral genome to create a new strain of virus that was highly attenuated.

Today, Codagenix synthesizes live attenuated viruses to fight Zika, Dengue, and influenza, among many other diseases, licensing through the Research Foundation the technology they’d invented at Stony Brook. “Codagenix is an offshoot of that 2002 work, where Dr. Wimmer showed that we can synthesize entire viruses from scratch,” explains Mueller. “That’s what we do at Codagenix, as we wouldn’t be able to make so many attenuating mutations in these genomes using the traditional method. Our platform needed the new synthetic methods we’re using now.”

Codagenix calls its method of attenuating viruses “deoptimization.” This process allows the company to create a live attenuated vaccine for any virus in a matter of weeks, rather than years. “We marry the two approaches of synthesizing viruses from scratch and deoptimizing the virus for human cells to have a vaccine candidate ready very rapidly,” says Coleman. “The parent of the vaccine candidate is the computer.” After synthesizing a vaccine candidate for Zika in less than a month, Codagenix is now testing it in animals in collaboration with the National Institutes of Health.

Not only is the Codagenix method faster but the resulting vaccines are more effective and less expensive to produce. Take the ordinary flu shot. When you go to the pharmacy, you’re injected with 1010 particles of “killed” flu virus. The Codagenix flu vaccine, currently in phase 1 trials in Australia, administers a dose that’s orders of magnitude less—104 or 105 particles—which dramatically reduces the cost of the vaccine. As far as effectiveness, patients inoculated with a pharmacy flu shot have to be reinoculated every year, while a single Codagenix shot provides lasting immunity.

In addition, the experiments have shown that the Codagenix vaccine provides cross-protection—a vaccine’s ability to protect against viruses above and beyond the virus administered in the vaccine. As has been documented by the Centers for Disease Control and Protection (CDC), flu viruses constantly change. Because the flu shot you get at the pharmacy is a dead protein targeted to provide immunity only against itself, you are not protected when the virus evolves into something else. Codagenix’s live attenuated vaccine provides a potent immune response to all flu viruses, so immunization provides some protection for any changes that follow.

After outgrowing its space at Stony Brook’s high-tech incubator, the company recently moved into Farmingdale State College’s Broad Hollow Bioscience Park, where it is pursuing early-stage proof of concept and early clinical work. In addition to their phase 1 trials for the influenza virus, they’re engaged in in vivo studies for swine flu, Zika, neuroblastoma, and Dengue, as well as in vitro discovery for an E. coli vaccine.

What’s more, because the Codagenix platform can redesign any virus to become an effective vaccine, it can be used to swiftly synthesize vaccines against new and emerging pathogens. Says Coleman, “We can go from fragments of the Zika genome to vaccine ready for pre-clinical development in less than a month. We think that speaks to the power of the platform and its universal applicability.”