A Showcase of Spirit in the Bronx 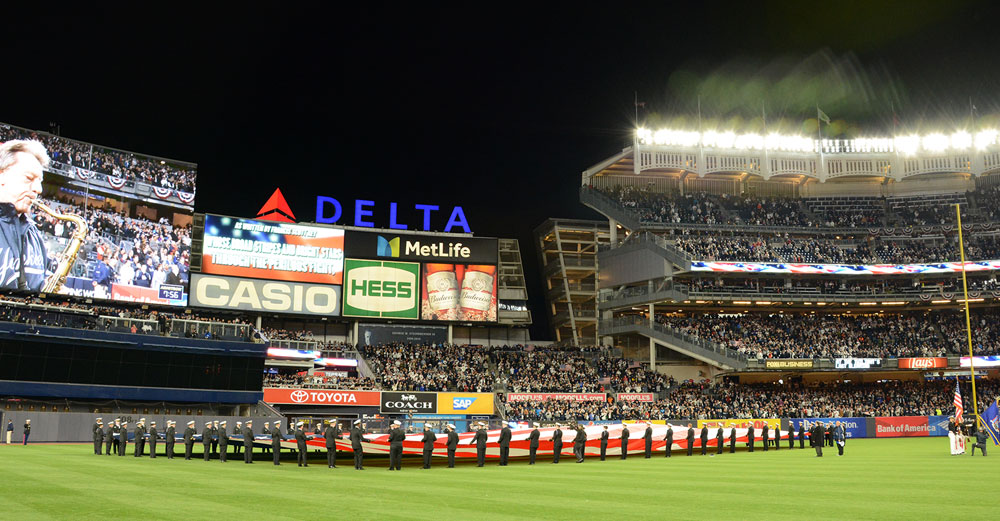 The cool fall air surrounding the loud stadiums, the crack of the bat and the flight of the ball… it’s the MLB playoffs. In New York City (and across the state) fans are cheering on the hometown New York Yankees as they attempt to play their way to the World Series. These games are much bigger than the regular season contests in the summer, which brings larger pregame ceremonies and hype to playoff stadiums. SUNY has now played a part in the beginning of an MLB Playoff game in front of a national audience.

In a demonstration of Bronx solidarity, SUNY Maritime College cadet-students unfurled a massive American flag across the outfield of Yankee Stadium before the Bronx Bombers took on the Houston Astros on Tuesday, October 17 in the third game of the seven-game American League Championship Series. The cadet-students may have been a lucky charm for the Yanks, who went on to defeat the Houston Astros 8-1.

How did this opportunity come to be? Maritime College has for years taken old, worn-out flags from the Yankees and ensured they are retired in a proper and patriotic flag-burning ceremony. As a result, the Yankees administration associates the college’s students with youthful patriotism.

So with the team now in the American League Championship Series, the Yankees called the college Regiment of Cadets three days before the game, asking for the color guard and 75 volunteers to unfurl the flag. More than 500 cadet-students – of a population of approximately 1,200 – responded. They were ready to do their part. 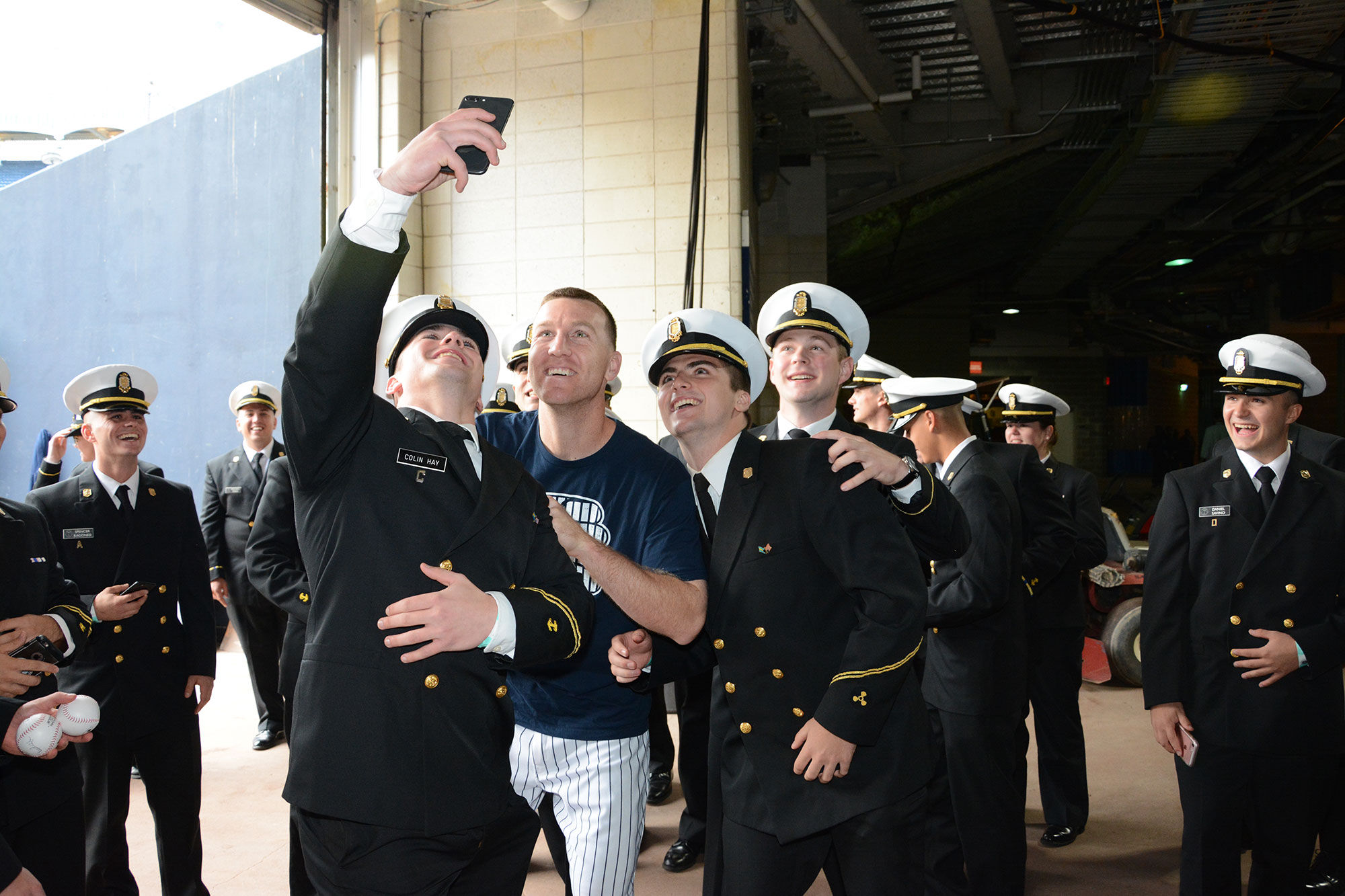 NY Yankee Todd Frazier takes a selfie with SUNY Maritime students under Yankee Stadium concourse before game 3 of the ALCS.

Before the game started, the students were brought to Yankee Stadium to be shown around. Yankee all-star Todd Frazier joined the students. As the cadets were standing behind center field waiting to be shown the field during pre-game, Frazier walked out of the Yankee dugout to say hi and take some photos with them as they got comfortable with the stadium surroundings. This short session must have been good luck for Frazier, as he later hit a key 3-run home run in the second inning to give the Yankees a lead that they wouldn’t lose later in the game.

Overall, this was a great experience for our students that brought their education and training to an event of this size in front of an audience this big.

SUNY Maritime, in the Throgs Neck neighborhood of the Bronx, has a total enrollment of more than 1,800 students. Most of those are working to earn a U.S. Coast Guard license in addition to a bachelor’s degree. To earn a license, which qualifies people to work on board commercial vessels, membership in the college Regiment of Cadets is required. The program is not affiliated with the U.S military.

SUNY Maritime College, located in the Bronx, 30 minutes from mid-town Manhattan, is one of six state maritime academies in the United States. Maritime College educates dynamic leaders for the global maritime industry.