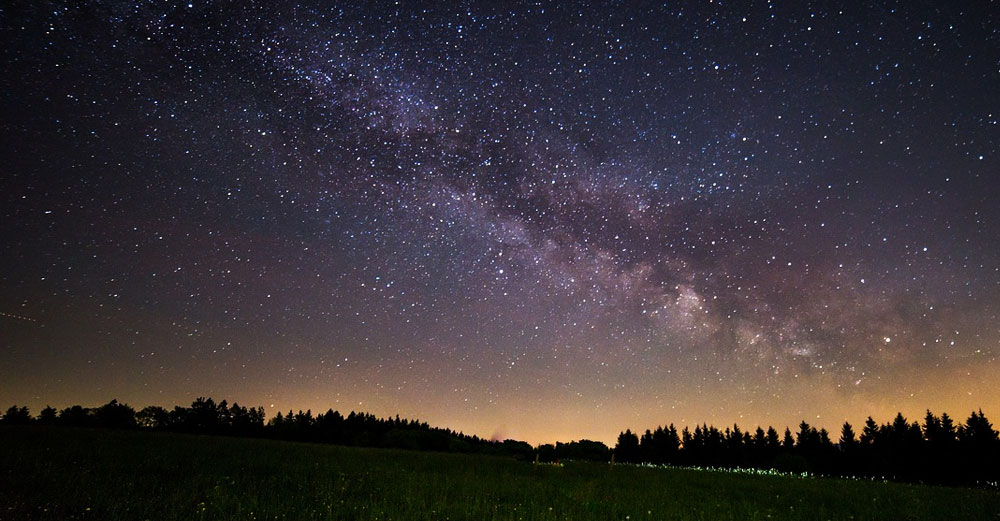 For New Yorkers, summertime brings warmer weather and more time spent outside. Summertime is also the best time of the year for stargazing and appreciating the vastness of the nighttime sky. Whether you’re into checking out the classic constellations, like the big and little dippers or Orion’s belt, or finding new constellations and stars, there are plenty of options for novice and expert stargazers alike.

In addition to partaking in stargazing among the great outdoors, you can also visit a local observatory to experience terrestrial and celestial events. Observatories are known for having an astronomical telescope and other equipment to study naturally occurring events in the sky. And, if you live close to Corning Community College you’re in luck; they are one of a few SUNY schools that have their very own observatory. The Eileen Collins Observatory is right on campus and open to the public from 8:30 p.m.-10:30 p.m. during the summer, and for special group arrangements, daytime accommodations can be made.

Debbie Dann, Director of the observatory recently spoke with us about the observatory, what events it’s offering this summer, and a number of tips on making the most out of your stargazing experience.

What is your position at Corning Community College (CCC) and what are your duties?

I am the Professor of Astronomy and Geology (there is only me!) and I am Director of the Eileen Collins Observatory. I manage any events at the observatory – open houses, scout groups, homeschool groups, Kids’ Night, etc.  I also work with local schools to do programs that fit the age group they are looking for.

What is the history of the CCC observatory?

The observatory was built around 1986.  It was manned by our local Elmira-Corning Astronomical Society (ECAS). It housed various telescopes, including a 16″ telescope.  In 1988, Corning Inc. donated the 1/10th scale model of the Palomar Telescope to the observatory, and it was installed in 1992. Since then, the observatory has welcomed thousands of visitors and brought the skies to anyone who comes up to visit!  We are open the first and third Fridays of the month, free to the public.

Are there any special events going on at the observatory this summer people should attend?

The observatory will be open for a special open house on July 27th. We will hopefully be able to view Mars if the skies are clear. This is a special event because Mars is at opposition, when it is the farthest from the sun in our sky. It is also special as Mars will be especially close to the earth – not quite as close as it was in 2003, but close! This means that we will be able to see Mars very nicely in the sky – bright and red!  We will have telescopes of various sized focused on Mars if our skies are clear.  Anyone anywhere should be able to see Mars in the weeks before and the weeks after this event. Finding an online sky chart, astronomy-themed magazine, or sky chart app on your smartphone will help you locate Mars.

Another event we have is not during the summer, per se, but it is our biggest event of the year – Kids’ Night at the Observatory! It will be Friday, September 14, from 7 p.m.-10 p.m.  We have astronomical crafts, a comet demonstration, tours of our facility, and viewing through telescopes. We have this event every year in September and have had hundreds of visitors attend in the past. It will be advertised on CCC’s Observatory website, so keep an eye out for more information.

Are there any comets/shooting stars/other special happenings going on this summer that people should look out for?

The big event is the Mars Opposition! If you are in the Eastern Hemisphere, you will see a very nice lunar eclipse; but unfortunately, we will not see it here in New York.

Many people enjoy watching the Perseid Meteor Shower in the middle of August. It is one of the year’s best meteor showers, plus it is usually warmer weather to lay out on a blanket in a field away from city lights, and the moon shouldn’t be a problem for this event! Most people love to look at the moon – naked eye or through a telescope. It is beautiful! But its brightness often obscures other objects in the sky. The moon will be close to new moon around mid-August, so it should be absent for most of the event.

Where are the best places to stargaze in New York?

According to many of our local ECAS members, the best place is any place away from city lights! A few of our local amateur astronomers say our Observatory is very nice, but it would be nicer if we could do some shielding of the lights on campus. Since we have dorms on campus, our campus lights are never all completely off, but if they could shield them better (also saving electricity) it would help us a lot.

Truly, any place away from city/town/neighborhood lights is best.

Do you have any tips for making the most out of a stargazing experience?

Be prepared and be patient! The weather doesn’t always work out for us here in New York. If you go out and it is cloudy, try another night.  We do get some wonderful, clear skies here in New York, but unfortunately, they mostly happen in the winter when it is very cold.

Make sure you have a good, easy to use sky chart. There are a number of them that you can purchase online if you want a handheld version. There is a nice free one at http://www.skymaps.com, and there are also many sky chart apps for smartphones. I have two of them and they were both free – they are usually pretty easy to use as well.

If you do purchase a telescope to do your stargazing, don’t get lured in by the manufacturers that promise “200x magnification.” You probably won’t get that for a small price, and you might have to be a more experienced telescope user to be able to achieve that magnification without frustration. Start out small – a pair of binoculars will give a great view of the moon and maybe the moons of Jupiter or rings of Saturn. Or start out with a smaller telescope that can get you the moon and planets. If you like that and get good at it, then you can invest in a more expensive version. I have a number of people who come up to the observatory with a telescope, asking how to use it. Usually, they are trying to use too high of a magnification (because the box says they can!) and it is very, very difficult to find anything. So the person has gotten frustrated and the telescope doesn’t get used.

What is your favorite part of your job?

My favorite part of my job is simple – showing people the sky! Even just pointing out things in the sky, showing people how to find the North Star, the Big Dipper, etc., is eye-opening for people. Then after that, showing them objects through the telescope – things they might have just seen in the sky with their naked eye or are unable to see naked-eye – that’s just fun.  The awe in most people’s voices when they look through the telescope and I explain what they are seeing is just joyous! Everyone – from kids to older adults – is wowed by the end of the night.

A story I love to tell is when we had an open house for a meteor shower (it was a really big Leonid Meteor shower back in the early 2000’s) and we had one of our bigger telescopes out. An older lady (maybe in her 80s) waited patiently in line to climb a small ladder to look through the telescope. We were looking at Saturn – you could see its largest moon, Titan, and its beautiful rings through the telescope. She looked through and just gasped.  She said, “I’ve never seen anything like that in all my life!”  That was my “wow” moment. 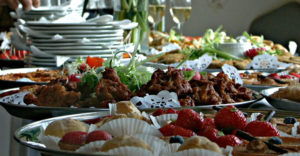 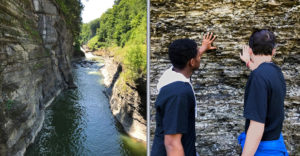 Next post Out In The Field, It’s Not Rocket Science – It’s Rock Science

Winnie Yu
January 9, 2020January 9, 2020
Colds and flus are common during the winter, thanks to more time spent indoors and the easy spread of germs....
Winnie Yu
December 11, 2019December 12, 2019
Office parties. Family get-togethers. Cookie exchanges. A large variety of festivities provide us with many opportunities to over-indulge. So it’s...
Julie Maio
November 7, 2018
It's starting to get colder out and with the change in temperature brings stuffy noses, sneezes, and head colds. Fellow...
Farmingdale State College
February 21, 2018February 22, 2018
Bugs! Kids who aren’t grossed out by bugs are far and few in between, and like most kids, Carly Tribull...
Kasaydia Carter-Martinez
October 25, 2017
With a little under a week before Halloween, last minute costumes can be a pain. Here you are, scrambling to...
Taras Kufel
August 18, 2017August 18, 2017
You may have heard, but there's a total solar eclipse coming to the United States in a few days. It's...