Celebrating The History of Our Constitution Through Civic Engagement 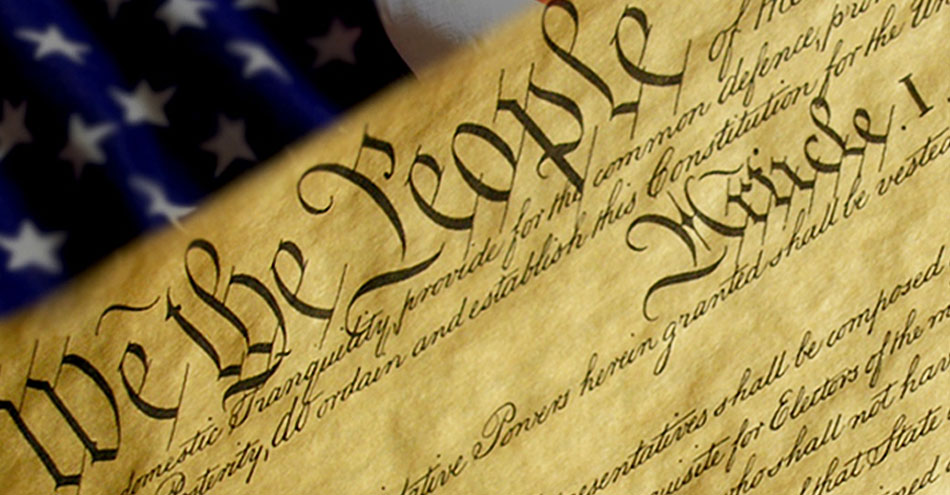 Civic engagement is our most important responsibility as students and citizens. The systems and organizations that provide services in all our towns and communities can’t operate efficiently without input from those they are intended to serve. By getting active in civic and community engagement during the college years, students are able to prepare for life after graduation by honing their critical thinking and other skills.

We celebrate Constitution and Citizenship Day on September 17th every year, but do we really know the history behind it? Constitution Day is an American federal observance that recognizes the adoption of the United States Constitution. Constitution/Citizenship day celebrates the signing of the Constitution which “recognize all who, by coming of age or by naturalization, have become citizens.” Although the signing of The Constitution was the year 1787, it wasn’t until 1940 where the Congress met a joint agreement with President Truman and the day was dubbed “I am An American” day. However, in 1952 President Truman officially changed the day’s title into “Citizenship day” and it wasn’t until 2004 where the day became a federally mandated holiday by Senator Robert C. Byrd.

Each year, publicly funded educational institutions provide programming on the history of the Constitution on this day to promote awareness of its history. While programming specifically focused on the Constitution is important, SUNY would like to go a step further and promote broader civic engagement activities, including public deliberations.

State University of New York schools are going above and beyond to create educational training activities with hands-on experience for our students. Some of this year’s campus activities are below, all of which will provide students with an opportunity to learn how to become involved in civic engagement – to vote, volunteer, and be a part of their communities. The chance to do so begins on campus.

Celebrate Constitution and Citizenship Day at the Center for Leadership and Service in the  Campus Center. Attendees can get a free pocket size Constitution of the United States, participate in TurboVote voter registration and other registration activities, enter Constitution Day Trivia, and view videos that include: The Constitution Project Series (22 minutes); The Bill of Rights (22 minutes); Creating a Constitution (22 minutes). In addition, there will be a panel discussion taking place at the Campus Center titled “U.S. CONSTITUTION: CHALLENGES CONFRONTING WE THE PEOPLE TODAY.” The panel will be moderated by Joel Pierre-Louis, J.D., Assistant Vice-President for Integrated Learning and Khadijah Boxill, Graduate Assistant in the Center for Leadership and Service. Four expert panelists will present (followed by a Q&A Session):

2. Understanding Supreme Court Nominations, Hearings and Process
Presenter: Dr. Matthew Ingram, Associate Professor, Department of Political Science
Professor Ingram teaches and researches on comparative law and politics. His book, Crafting Courts in New Democracies: The Politics of Subnational Judicial Reform in Brazil and Mexico (Cambridge University Press, 2016), focuses on court reform in Brazil and Mexico, and other published work emphasizes justice reform, judicial behavior, and the relationship between legal institutions and violence. He is currently finishing a co-edited volume with Diana Kapiszewski, Beyond High Courts: The Justice Complex in Latin America (University of Notre Dame Press, 2019), and working on another co-edited volume with Diana Kapiszewski, Concepts, Data, and Methods in Comparative Law and Politics (Cambridge University Press, under contract).

3. The Historical Background of the 25th Amendment and Impeachment Processes
Presenter: Dr. Julie Novkov, Professor/Director of Undergraduate Studies, Political Science
Professor Novkov teaches and researches on US law and constitutionalism. Her writing focuses on struggles for equality and how they have contributed to the development of the United States. She is currently working on a co-edited book with Carol Nackenoff on families and political development, and a solo book on military service and sacrifice by people of color from the Civil War through World War I. She is past president of the Western Political Science Association and the current Chair of the Law and Courts section of the American Political Science Association.

4. Words and Actions Matter: Claims of Treason and Congressional Failure to Investigate Charges against the Executive Branch
Presenter: Dr. Richard Hamm, Professor of History and Collins Fellow
Richard Hamm is Professor History. He studies the interaction of law and society in the American past. Currently he is writing on civil liberties in the period 1930 to 1960. He is currently looking for his MA thesis comparing impeachment and address of the legislature in early American constitutions.

The Center for Civic Engagement and the Andrew Goodman Foundation Vote Everywhere Ambassadors are organizing a celebration of Constitution Day. Students will be able to take part in United States Constitution trivia and win prizes, and register to vote so that their voices can be heard on Election Day.

Students can stop by to get a free copy of the Constitution and register to vote at the campus quad.

An American themed photo booth coming to campus and the League of Women will be holding voter registration and organ tissue donor registration sessions. Small constitutions will be handed out throughout the event as well.

SUNY Cobleskill will offer a variety of programming on the history of the Constitution and activities to commemorate the signing of this venerable document on September 17. Students will have an opportunity to play constitution trivia, take a selfie with some of the Founding Fathers, pick up a pocket-sized copy of the Constitution, and savor red, white, and blue treats. Finally, a voter registration station will be set up to help students register themselves to vote.

The focus of SUNY Cortland’s Constitution Day activity is Freedom of Speech on the College Campus. Political Science Professor Timothy Delaune will provide background on the topic, then the event’s participants will engage in a deliberative dialogue on that topic.

These students will also have voter registration forms available as they encourage their peers to register to vote.

Guest speaker Mike Igoe, J.D., an Assistant Professor of Communication at Fredonia in addition to being an attorney admitted to the New York State Bar and an award-winning former TV news reporter for 30 years, will offer a lecture on how the Constitution affects our everyday lives.

Educational programming about the Founding Fathers and the work they did to bring us the Constitution will be available to attendees. In addition, a voter registration session will take place for students.

Watch, eat, and ponder. Students are invited to attend a showing of the film Good Night, and Good Luck in the Jules Center. The film is a documentary about Edward R. Murrow and his efforts to expose the actions being committed by McCarthy’s Senate “investigation” into communism in America. Students will receive a pocket-sized U.S. Constitution at the showing.

Students and guests can learn more about the Constitution, the Founding Fathers and the USS Constitution with the Stephen B. Luce Library. Constitution Day will kick off with a meet and Greet the Sailors and Ship Historian from the USS Constitution. A voter registration drive (with Board of Elections staff on site) will take place as well. In addition to these, a presentation of the colors by the Color Guard; a moment of silence for 9/11; a tribute to Senator John McCain; welcoming remarks by the College’s Provost, local Assemblyman, Student Government President and Pre-Law Club Officers; remarks by Board of Elections representative encouraging student voter registration, and more will take place throughout the day.

The college will be registering students to vote and have applications available for them. Along this activity, pocket size copies of the US Constitution will be made available to all of students, whether they need to register to vote or not.

SUNY Plattsburgh’s Institute for Ethics in Public Life hosts an ethics colloquy with Institute senior scholar Dr. James J. Liszka. Dr. Liszka will be leading a conversation about John Rawls’s social contract theory. The colloquy will be open to faculty and students. On Thursday, September 10, 5:30 – 7:30 p.m., the Ethics Institute, in collaboration with the Redcay Honors Center, will be hosting a critical issues forum, “Free Speech: A Fine Line.” The forum, to be held in the Angell College Center, Alumni Conference Room, is open to the public. Pocket editions of the U.S. Constitution will be available free of charge.

Both the Utica and Albany campuses of SUNY Poly will celebrate Constitution Day with students by hosting Constitution Trivia, a constitution themed photo booth, free giveaways and Star-Spangle themed sweets & treats! The events are open to the public as well.

A Community Dialogue on Freedom of Speech will take place. Here the campus will explore this timely issue affecting the community and consider some of the ways in which all can address the issue as a community. Voter registration will be available at this event as well.

Faculty and students from a variety of disciplines, including History, Performing Arts, English, and Political Science will tell the story of the writing of the US Constitution. Historical commentary on key players in the Constitutional debates will be emphasized. An interdisciplinary narrative, including music from “Hamilton” the Musical, will be created to discuss the conflicts surrounding the creation of the Constitution, and to relate this moment in history to present day political and economic controversies.