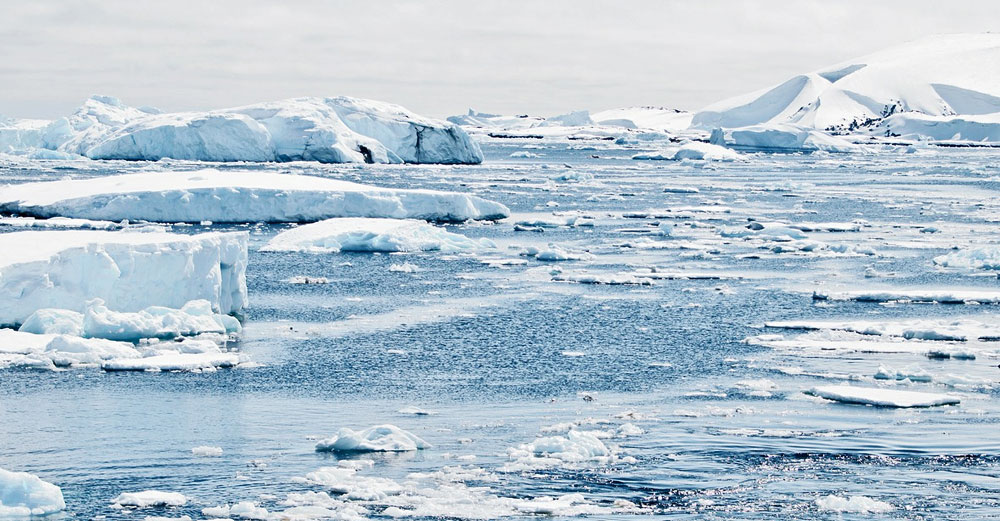 Since 1970, every year on April 22 nearly 200 countries around the world celebrate Earth Day to show support for environmental protection and our planet. According to Earth Day Network, this modern environmental movement is the largest civic-focused day of action in the world, and for good reason; from pollution to the reduction of plant and wildlife populations to climate change, there have been many negative impacts put upon our planet over the past century that people want take action against. Thankfully, many individuals and entities in New York are dedicated to mitigating these effects.

In December 2018, Governor Cuomo announced that New York State will work to dramatically increase the state’s energy efficiency and energy storage targets to combat climate change, citing the importance to protect our environment and conserve resources. SUNY is committed to reducing our carbon footprint and leaving a positive impact on our planet as well. Chancellor Johnson outlined a bold clean energy vision aligned with Governor Cuomo’s efforts last January, which includes some of the following goals: retrofitting existing buildings; attracting start-up activities in New York; and establishing a clean energy research, innovation, and education network. There are many examples of what SUNY is doing to reach these goals.


A major component of conducting environmental research and understanding clean energy best practices is to understand the effects of climate change on carbon emissions and other pollution affecting our planet. As a system, SUNY has partnered with the University of California and 11 other leading research universities to create the University Climate Change Coalition (UC3). UC3 is focused on helping communities achieve climate goals, accelerating the transition to a low-carbon future, and making more climate-friendly investments. Stony Brook University is playing a major role within UC3 by bringing their expertise in green initiatives and climate change research to the table.

For example, Dr. Edmund Chang, a professor of atmospheric sciences at Stony Brook University and co-leader of a NOAA task force, studies storm tracks and how they undergo variations and change due to global warming. Modeling how storms may change is important so we can defend ourselves against catastrophic weather events. Being able to predict weather several weeks or months in advance will also allow disaster relief workers to stockpile emergency supplies, inform farmers whether they should be buying drought- or flood-resistant seeds, and it will help water resource managers predict future water consumption.

Dr. Chang’s expertise, along with three other Stony Brook professors, also contributed to the Intergovernmental Panel on Climate Change’s 2007 report, which won the Nobel Peace Prize. Over ten years later, Dr. Chang continues to study storm tracks “because we have some idea of the global change of storms, but the details of how the storms change in each individual region is very important for climate,” he explains.

Climate Research In Different Environments Around the World

As most of us know, climate change affects the entire planet, and University at Albany faculty and students are conducting research around the globe.

Professor Mathias Vuille is merging data from tree-ring and cave sediment archives in South America to produce reconstructions of historical extreme weather. Associate professors Jiping Liu and Liming Zhou are studying the impact Arctic sea ice loss and a 17-year drought in the Congo Rainforest. Moreover, NSF CAREER grants are supporting Justin Minder’s research on the Rocky Mountains’ shrinking snow pack and Brian Rose’s work to understand the fundamental effects of ocean heat fluxes on the Earth’s atmosphere and climate system. Furthermore, professor Aiguo Dai was recently named a Fellow of the American Meteorological Society for his extensive research dealing with much of the Earth’s climate system, including interactions of its many different components. A team of faculty and student researchers are also studying typhoons and other extreme weather in Taiwan with funding from an NSF PIRE (Partnerships for International Research and Education) grant.

Climate change can negatively affect our health as well by impacting diseases transferred from insects to humans. To investigate the effects of climate on Zika and other mosquito-borne diseases, Dr. Anna Stewart-Ibarra, assistant professor of medicine and director of the Latin America Research Program at Upstate Medical University, has established a long-term research and training platform in southern Ecuador in partnership with its Ministry of Health. There, Dr. Stewart-Ibarra and her colleagues are studying the effects of climate on disease transmission and how local social-ecological conditions affect disease transmission risk. They are developing new tools that use climate forecasts to predict disease epidemics, which can help officials determine when and where they should direct disease control efforts. The research platform has been funded by the National Science Foundation, the US Department of Defense, and the US Centers for Disease Control, among others.

Moreover, other species are affected by climate change. Howard Lasker, professor of geology at the University at Buffalo, led an NSF-funded research trip to St. John to assess the damage that Hurricanes Irma and Maria did to coral reefs. Lasker discovered that the massive hurricanes cloaked coral colonies with algae, ripped off branches, and scraped off the microscopic animals that make up the reef, leaving open wounds that became infested with bacteria. By cataloguing the damage, Lasker hopes to understand how the reefs—which support fish and wildlife that feed thousands of oceanside communities—recover.

Climate change can also affect our crops. Dr. Lynda McMaster-Schuyler and Dr. Peiyu Zeng, both professors of natural sciences and mathematics at SUNY Cobleskill, were recently interviewed about their work and how climate change has and will continue to affect farming. They believe that research will devote even more time and energy to working with crops that can withstand and tolerate climate change. This is because as climate change evolves, so are the variables that can negatively impact a crop, such as pests, droughts, and other elements. Dr. McMaster-Schuyler and Dr. Zeng also feel the effects of climate change on their own research. They stated that climate change is creating extreme conditions on our planet, which forces researchers to take into account possibilities that may have been impossible ten years ago.

In addition to faculty conducting research, our campuses provide opportunities for students to learn about and study climate change and its effects.

Global laboratory students from SUNY Oswego traveled to Antarctica to work with climate scientists to learn techniques to study the impact changing climates have upon glaciers. The campus also plans to host a discussion on “Climate Change: A Wider Lens” during Earth Week observances at the college, where SUNY Oswego faculty will present their perspectives and generate interdisciplinary conversation.

As Chancellor Johnson noted in her 2018 State of the University System address, we have a shared responsibility to preserve civilization, and it is human civilization—our culture, and the environment that enables it—that is currently at risk. While the debate over climate change can sometimes be a contentious one, it is still our responsibility as humans to take care of our planet and be mindful of how our actions affect our environment. Along with Governor Cuomo’s Office, SUNY is leading the charge on efforts dedicated to making our planet a cleaner, healthier, and more green space. With a focus on sustainability and partnerships, which are two of Chancellor Johnson’s visions for the system, SUNY will continue to better understand the effects of climate change and how to protect our planet through research and system wide green initiatives centered on clean and renewable energy sources. 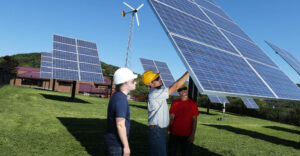 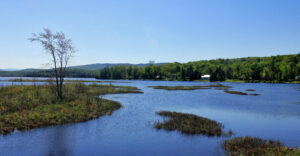 Taryn Rackmyer
September 23, 2019September 23, 2019
With temperatures rising globally, fossil fuels becoming more scarce and expensive, and oil spills impacting both the environment and economy,...
Taras Kufel
April 18, 2019
The reports of climate change echo in our news cycle quite frequently now. As we continue to look for solutions...
Tiffanie Li
September 10, 2018
Climate change is a growing concern across the country. Stronger storms, changing weather patterns, and more extreme results from seasonal...
Julie Maio
April 19, 2018April 20, 2018
As once said by the 32nd First Lady of the United States, Lady Bird Johnson, "The environment is where we...
Julie Maio
February 8, 2018February 12, 2018
Climate change, pollution, and energy use are topics we see in front of us on a near daily basis in...
Taras Kufel
August 8, 2017
As we gear up to welcome our 13th chancellor to SUNY next month - an inventor, entrepreneur, and all around...