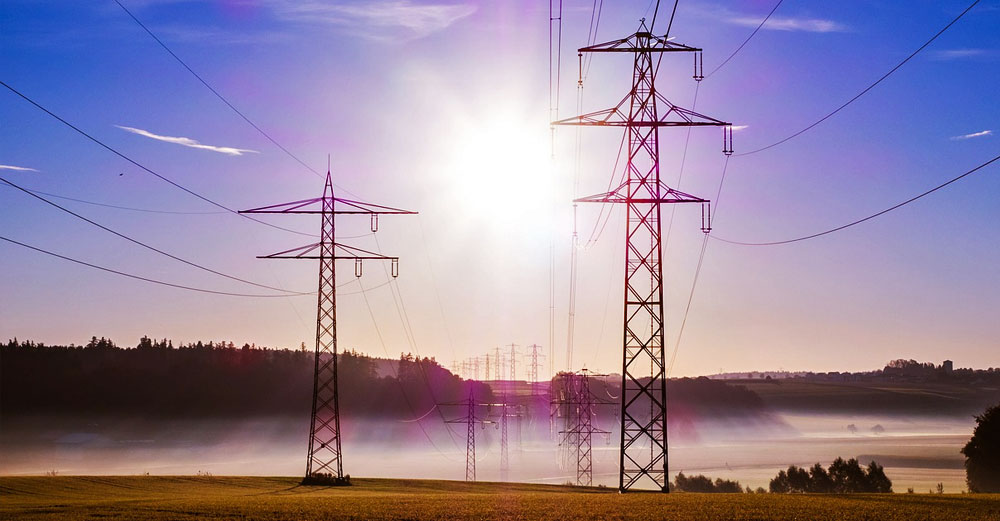 Changes in local weather patterns caused by a warming planet are posing unforeseen risk to the systems and structures that allow society to function.

In 2014, Gov. Andrew Cuomo, the University at Albany and the NYS Division of Homeland Security and Emergency Services established the NYS Mesonet, a network of 126 weather stations across New York that comprise the most advanced early warning weather-detection system in the country. Each station is equipped with automated sensors that collect data on temperature, humidity, wind speed and direction, solar radiation, atmospheric pressure, snow depth and soil temperature and moisture every five minutes. The data are transmitted to a central facility at UAlbany, where they are quality controlled, processed into files and sent to emergency managers, utilities, ground and air transportation facilities, farms and other weather-sensitive businesses across New York for use in forecasting and decision-making.

UAlbany’s Department of Atmospheric and Environmental Sciences and the National Weather Service (NWS) have collaborated for the past 18 years to research and predict weather events that have the potential to cause substantial societal and economic disruption in the Northeast. At the NWS’ Weather Prediction Center, located in College Park, MD, there are currently more UAlbany graduates working as meteorologists than any other college/university in the country.

A group at Stony Brook’s School of Marine and Atmospheric Sciences (SoMAS) has developed and been operating a real-time system to predict coastal storms and storm surge for several years for the New City and Long Island regions. In addition to providing hurricane and nor’easter flooding predictions and alerts, the system can be used to determine water quality and effluent dispersion and determine the feasibility of building storm surge barriers.

After Superstorm Sandy devastated the Rockaways and a record flash flood occurred near Islip, officials in New York City recognized an urgent need to improve the city’s resilience to severe storms, hurricanes, and floods. Professor Brian Colle, head of the Coastal Meteorology and Atmospheric Prediction group at SoMAS, joined a team of scientists funded in part by the Mayor’s Office of Recovery and Resiliency to identify strategies that will protect at-risk areas in the city from future extreme weather events. Colle specializes in understanding atmospheric processes that produce extreme weather, such as from hurricanes, nor’easters and flash floods. By combining observations and high-resolution simulations of these storms this will help the group better understand and predict flooding conditions. Some of this knowledge has also been utilized in the latest report from NYC Panel on Climate Change (released on 14 March 2019), for which Colle is panel member and co-author.

Elsewhere at Stony Brook researchers are integrating physical and socioeconomic models with digital visualization to develop risk assessment models for coastal cities and ecosystems. These models will be used to develop and test technological solutions to extreme weather events.

Record snowmelt, heavy spring rains and Tropical Storm Irene caused historic flooding across the North Country in 2011. Dr. Curt Gervich, associate professor in SUNY Plattsburgh’s Center for Earth and Environmental Science, is working with the International Joint Commission—an agency established between Canada and the United States in 1909 by the Boundary Waters Treaty—on a five-year study to identify flood management and mitigation techniques that will help alleviate the impact of more frequent and severe floods in the Lake Champlain/Richelieu River basin.

SUNY’s unique facilities enable researchers to study the causes, effects, and solutions to ongoing and newly emerging problems to physical and natural infrastructures. The University at Buffalo’s (UB) Structural Engineering and Earthquake Simulation Laboratory has acquired two high-performance, six degrees-of-freedom shake tables, where they test the performance of bridge construction methods. At Stony Brook’s Coastal and Hydraulic Engineering Research Laboratory (CHERL), the nation’s most advanced research-grade wave basin facility is used to conduct experiments on the resilience of coastal structures and beach morphology.

At the University at Buffalo, Dr. Ravi Ranade and his students are developing high-performance concrete with long-term resilience, as well as low-cost, ultra-durable concrete materials that promote environmental sustainability of bridges, tunnels, overpasses and other infrastructure. Dr. Ranade frequently serves as consultant to NYS Department of Transportation engineers regarding the use of advanced concrete materials for maintenance and repair.

A team at Binghamton University led by assistant professor Congrui Jin has found a way to permanently repair concrete using a fungus called Trichoderma reesei. During the mixing process, spores of the fungus are mixed into the concrete. When the first crack appears, allowing water and oxygen in, the fungal spores will grow and precipitate calcium carbonate to heal the cracks.

SUNY researchers are designing new ways to store and deliver electricity that will help mitigate outages and restore power quickly following extreme events. Stony Brook faculty in the College of Engineering and Applied Sciences are working on improving microgrid energy distribution systems. Not only will microgrids improve efficiency but they’ll also lessen the load on the main power grid and ensure that local residents will continue to have power after a catastrophic weather event.

Thanks to a $1.37 million investment funded in part by BuildSmart NY, New York State Energy Research and Development Authority (NYSERDA), and Central Hudson Gas & Electric, SUNY New Paltz is now home to a cutting-edge solar energy and battery storage system, which provides continuous solar power and reduces the university’s dependence on the state’s electrical power grid. At times of high demand and emergencies, the battery storage unit kicks in to ensure a steady stream of power to the university.

SUNY’s strength and investment in cybersecurity can secure infrastructure from cyberattacks, not only for modern systems but also for legacy systems that might not have the latest safeguards. Cyber-physical modeling can identify vulnerabilities in complex systems that combine physical and software components, such as electricity grids, air-quality systems, and the like.

The University at Albany’s College of Emergency Preparedness, Homeland Security & Cybersecurity hosted the 11th Annual Homeland Defense/Security Education Summit, where panels addressed wicked problems in cybersecurity and emergency management, as well as the potential for universities to engage in catastrophic events preparation.

Buildings and landscapes—those that already exist and those that are yet to come—need to be reassessed for their vulnerability to disaster and disruption of normal life caused by climate change.
Researchers at Stony Brook University are using embedded sensors to assess the conditions of bridges and tunnels below the structures’ surfaces. The collected data can be used to analyze stress and predict failure ahead of time.

UB professor Nicholas Rajkovich, assistant professor of architecture in the School of Architecture and Planning, led a three-year collaborative study with NYSERDA and the UB Regional Institute to guide architects, city planners, and policymakers on rehabilitating or retrofitting existing buildings for future weather disasters. The project is the first of its kind; while many states have projected the effects of climate change on transportation, agriculture, and local economies, none has studied the effect of climate change on buildings. The study analyzed future weather events, regional building-related costs, and climate resilience strategies.

At the College of Environmental Science and Forestry, landscape architect Margaret Bryant investigates design options for climate resilience on the neighborhood scale. Her focus is on extreme heat—a consideration that will gain more and more importance as temperatures continue to rise. Dr. Bryant is director of the Center for the Urban Environment (CUE), which promotes planning and community outreach to protect ecologically sensitive urban areas and educates city dwellers about the environment and how to respond to climate change.

With its unparalleled scope and range, SUNY is helping New York State adapt to whatever our future holds.