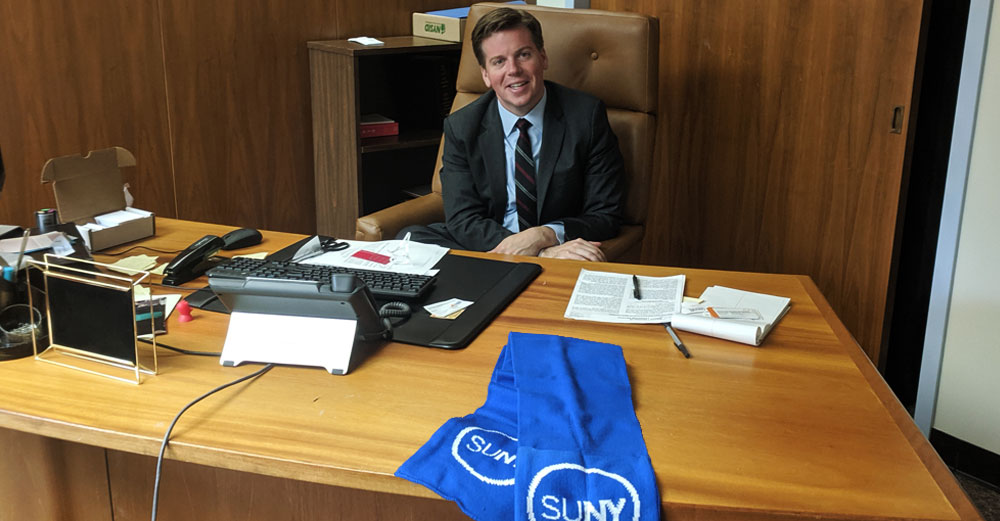 Assemblyman Robert Carroll, of the 44th Assembly District, knew he wanted to attend a SUNY institution immediately upon high school graduation. The affordability of the system coupled with the expansive resources available (thousands of degree programs and areas of study) created an opportunity impossible to pass up. Carroll began attending Binghamton University in 2004. Carroll double-majored in history and theatre, graduating with a bachelor of arts degree in history in just three years, made possible by the ability to transfer in advanced placement credits he took in high school.

Upon settling in at Binghamton University, Carroll discovered there was more waiting for him than just an affordable higher education. Having grown up in Brooklyn his entire life, Carroll sought a community of students who he felt he could relate to. Carroll explained “going to SUNY Binghamton was kind of like going to a really large New York City public high school… There were all these folks that were from New York City that, when you went home, they were around.” Having this connection to New York City, while living upstate, provides a sense of home to many students across the SUNY system.

“History and theatre, and politics… are all very closely linked. It’s all about how people interact with each other,” Carroll explained. Throughout college, Carroll was heavily involved in theatre arts both on and off campus. After graduating, Carroll returned to Brooklyn and began performing in live plays and writing a screenplay about New York City politics, titled The Believers. The Believers premiered in 2014 on the Upper West Side of Manhattan. Simultaneously, Carroll began law school and did freelance political consulting on a number of campaigns, never ceasing to pursue either of his passions.

Prior to running for Assembly, Carroll was a practicing attorney at a firm in Manhattan and the Development Director and fundraiser for an independent theatre company. In 2016, Carroll was elected to represent the 44th District, including portions of Park Slope, Windsor Terrace, Kensington, Borough Park, Victorian Flatbush, Ditmas Park and Midwood, beginning January 1st, 2017.

Since beginning his term, Carroll has been an advocate for higher education funding and access. “We talk in the legislature all the time about funding SUNY, and one of the reasons I care so much about funding SUNY is I want to make sure that we keep it a world class university system.” Carroll said.

“I promote SUNY all the time. [Attending a SUNY school] is one of the best choices I have made. I am really glad I had that opportunity.” 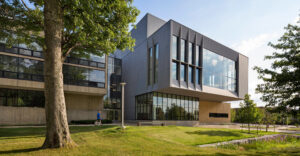 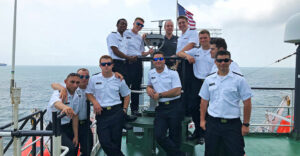 Next post Ahoy Mate! Gaining Real World Knowledge at Sea Thanks to the EOP