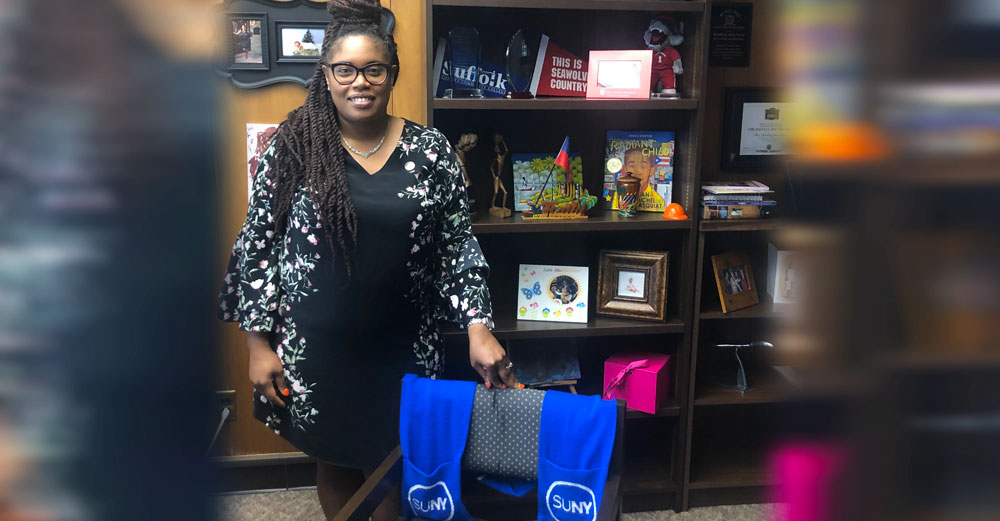 As the largest comprehensive system of public higher education in the country, the vast number of alumni graduating from SUNY schools are bound to be part of the present and future of New York State government. Currently, 61 alumni serve in the New York legislature, in both the state assembly and state senate.

One such alumni is Assemblywoman Kimberly Jean-Pierre of the 11th Assembly District.

Jean-Pierre is a daughter of parents who migrated from Haiti to the United States. She was born and raised in Brooklyn, and started her higher education at Brooklyn College, where she got her Bachelor of Fine Arts in Creative Writing in 2005. She then transferred to Stony Brook University, where she obtained her Master of Science in Public Policy in 2007.

While attending school at Stony Brook, Kimberly interned for Marsha Laufer, who at the time was the Chair of the Brookhaven Democratic Committee. Kimberly accredits her passion for politics to this internship, recalling “[Laufer] was offering internships to the students of the [public policy] program. I interned and that’s when I fell in love with politics. I didn’t come from a background of politics. It was just to see another woman in action and how much of an impact that local elected officials had.” After graduating, she was offered a job with the Democratic Committee, which she quickly took up.

In 2008, one of Kimberly’s fellow classmates introduced her to Suffolk County Legislator DuWayne Gregory of the 15th Legislative District, and she worked for him as a legislative aide for two years. She later began working for Congressman Steve Israel as the district Community Outreach Coordinator, then the Town of Babylon’s Industrial Development Agency (IDA) as Vice President of Properties, and then the Director of the Babylon’s Wyandanch Resource Center. Throughout this, Jean-Pierre continued with her work for the Democratic Committee, where she was asked to run for the Assembly seat in 2014 when Assemblyman Robert Sweeney retired.

Kimberly won the Democratic nomination, and her election, and has successfully won two re-elections since. She has served throughout five legislative sessions and is a member of ten committees including the Committee on Education; Committee on Economic Development, Job Creation, Commerce and Industry; Black, Puerto Rican, Hispanic & Asian Legislative Caucus; Legislative Women’s Caucus, and is Chair of the Subcommittee on Banking in Underserved Communities. Recently, she introduced Bill A05090, which would establish a foster care higher education scholarship pilot program.

“I wouldn’t be here if I didn’t hear Marsha Laufer come speak for the students… it was an opportunity for the students to be engaged and see what’s around them and the opportunities for internships,” Kimberly says, “I think when schools do that, they connect the students to resources. You’d be surprised as to how many people don’t know what’s in their neck of the woods.”

Attending Stony Brook University brought Kimberly to Long Island, where she fell in love with the community. Today, she is working with the colleges and universities to keep students in Long Island just like she did, explaining “It’s not only a four year or a masters program what people are looking for now, they’re looking for other things- they’re looking for training programs. It’s really great that SUNY has taken the direction.” 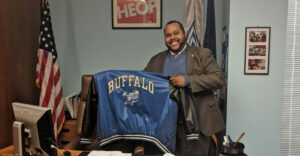 Previous post From Education to Career, This Alum Continues His Promise to Pay It Forward 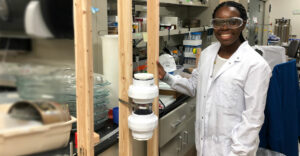