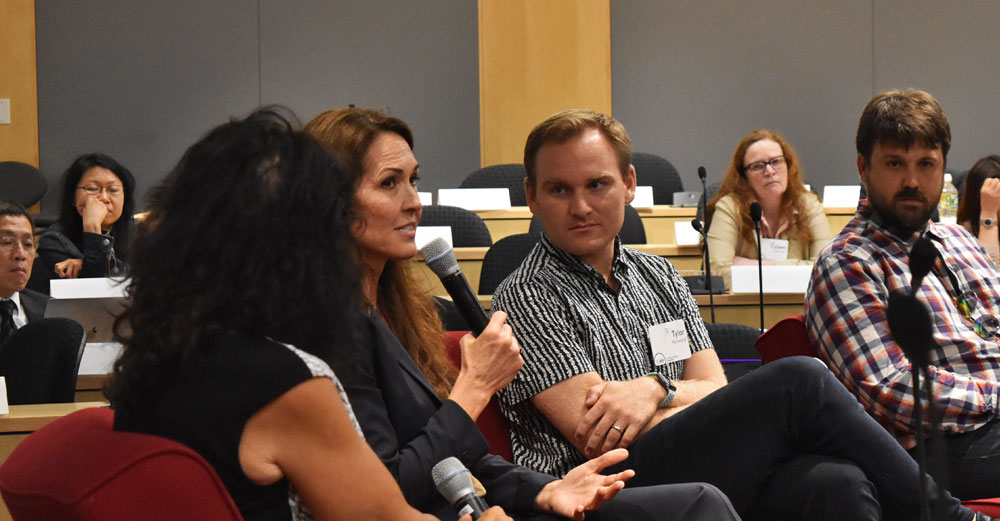 We knew him from popular films like Mrs. Doubtfire, Good Morning Vietnam, and Jumanji, along with his long career in stand-up comedy. His untimely death shocked us all, and it wasn’t until much later we finally began to learn more about the causes.

The late comedian Robin Willliams died tragically in 2014 of suicide, brought on by a form of dementia that afflicts approximately 1.4 million Americans. Autopsy results showed that Williams suffered from Lewy Body Dementia (LBD). The disease is characterized by abnormal protein deposits in the brain that cause cognitive decline, movement problems, sleep disorders, and changes in behavior and mood.

In the U.S., LBD is the second most common form of progressive dementia, behind Alzheimer’s disease. And yet, the disease is not well known and often misdiagnosed as Parkinson’s disease or Alzheimer’s.

To help raise awareness of LBD, SUNY recently partnered with Norma Loeb, founder of the Lewy Body Resource Center in New York City, and Susan Schneider Williams, the widow of Robin Williams, to host a medical symposium and roundtable about LBD. The event also featured a screening of the film, Robin’s Wish, about the couple’s untold love story and their unwitting battle with LBD. The film weaves together the untold love story of his marriage to Susan Schneider Williams, his untimely suicide, his misunderstood disease, and his universal experience moving through pain in the search for healing and joy.

According to Dr. Vicki Shanker, a movement disorder specialist at Beth Israel Mount Sinai Medical Center and a speaker at the symposium, diagnosing LBD is extremely challenging, because many clinical features are also present in other types of dementia. LBD can interfere with the ability to work or perform activities of daily living, and cause memory impairment, attention difficulties, and visual spatial problems.

Treating LBD is difficult too. The disease causes multiple symptoms, and many patients are sensitive to medications. In addition, few patients with LBD are enrolled in clinical trials. “There is no one drug for this condition,” Dr. Shanker said. “We need novel interventions to treat and ways to prevent the deposit of Lewy bodies.”

Improving diagnosis and treatment requires first raising awareness about LBD, which is at the heart of the mission of the Lewy Body Resource Center. Ms. Loeb founded the organization after caring for her mother with LBD for 18 years. “Our hope is to encourage research and to help patients and families,” she said.

Since learning about LBD three months after her husband’s death, Ms. Williams has been working to raise awareness of LBD, too. In addition to making the film with director Tylor Norwood, she wrote an article in 2016 entitled “The Terrorist Inside My Husband’s Brain,” which appeared in the medical journal Neurology.

You can view a full gallery of photos from the day’s event on Facebook. 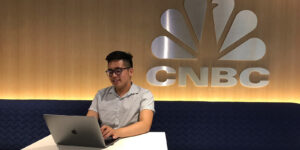 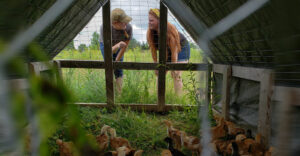 Winnie Yu
October 2, 2020October 6, 2020
For years, the Centers for Disease Control and Prevention has advised anyone over six months of age to get a...
Julie Maio
August 27, 2020
The way people schedule and attend doctor's appointments has been altered during this time of COVID-19 and social distancing, and...
Winnie Yu
June 5, 2020June 5, 2020
A passion for health care. A love of technology. A talent for math and science. And the courage to be...
Julie Maio
May 11, 2020
While the COVID-19 pandemic has hit our world in unimaginable ways that have caused fear and worry for many of...
Taras Kufel
April 30, 2020
One volunteer project. 100 volunteers. 6,500 masks and counting, produced and delivered to hospitals. All while respecting social distancing measures....
Winnie Yu
April 15, 2020April 15, 2020
Protective equipment like face shields have become essential to medical personnel caring for patients with COVID-19. With its 3D printing...