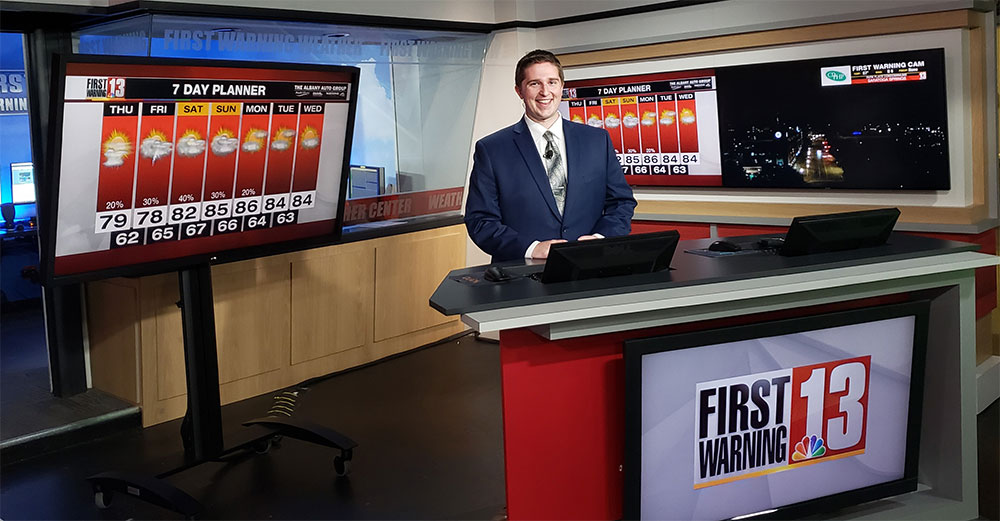 Reid Kisselback always knew he wanted to be a meteorologist. He experienced natural disasters like many others, with the passing of a relative from a strike of lightning, and watching alongside other community members live footage of damage from hurricanes. These events motivated and inspired him to dedicate his profession to protecting others from similar natural disasters in the future. Now as a meteorologist at WNYT, he has that opportunity and is taking full advantage of it. But how did he get here?

Turning a passion into a degree

In high school, Reid participated in a science research program through the University at Albany where he researched how well current scales project risk to the public. For this project, Reid connected with the Atmospheric Science department at UAlbany, where he found a mentor in Dr. Kristen Corbosiero. Having visited the University at Albany campus so many times through high school, the college felt like a natural home to Reid as he was ending his high school life, and it was an easy choice to enroll there. Once an informal mentor, Dr. Corbosiero later served as Reid’s advisor in college.

The University at Albany has one of the best Atmospheric Science programs in the country. Students enrolled in the program engage in a series of rigorous courses in mathematics and physics to properly equip them with the tools needed for atmospheric courses. These more advanced classes enable students to participate in interactive demonstrations that teach them complex and important information in an accessible and fun way.

Among many other in-class experiences creating clouds and watching demonstrations of the Coriolis Effect, one of Reid’s favorite classes, titled “Severe and Hazardous Weather,” provided him and his classmates the opportunity to take part in a mock storm chase. Upon receiving data regarding the development of several hypothetical supercell thunderstorms, students chose where to send their storm chase car, and then continued throughout the day deciding whether or not to stay or send the car to another area, based on the progression of the supercells. It was a new, engaging way that applied learning made these students workforce ready.

The growth of a successful career

With the ever-changing nature of weather, especially in the northeast, Reid states that this is his favorite part of meterology. He says, “I love how it’s always changing! No storm is exactly the same as another. There is always a new challenge and ways to improve the forecast. There has been so much advancement in technology in this field that there is always something new to learn.”

To get to this point in his career, Reid’s learning didn’t stay only in the classroom. Throughout his time in college, Reid participated in internships at the National Weather Service, the New York State Mesonet, and WTEN in Albany, as well as student leadership opportunities serving as a resident assistant, and orientation leader. Applied learning experiences like these give students the opportunity to visualize what their career could be like after graduation, and enter the field with the skills necessary for success. Beyond the invaluable work Reid did in the field, he developed stronger soft skills, coming out of his shell and drastically improving his public speaking skills.

Reid graduated from the University at Albany in May of 2017 with his bachelor degree in Atmospheric Science. Upon graduation, Reid began work at WKTV in Utica, where he stayed for a year and eight months, before moving to WNYT this past July.

After a journey like this, there’s a lot of learning to reflect on. What kind of advice for future students can be gathered from these experiences? According to Reid, “Don’t be afraid to reach out to those you’ve networked with and seek guidance or help. Keep pushing yourself even if things aren’t going in your favor. If you work hard and are patient, great things can come your way.” 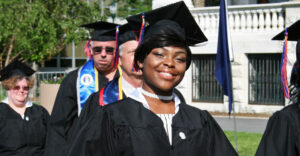 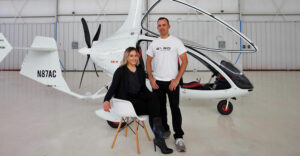