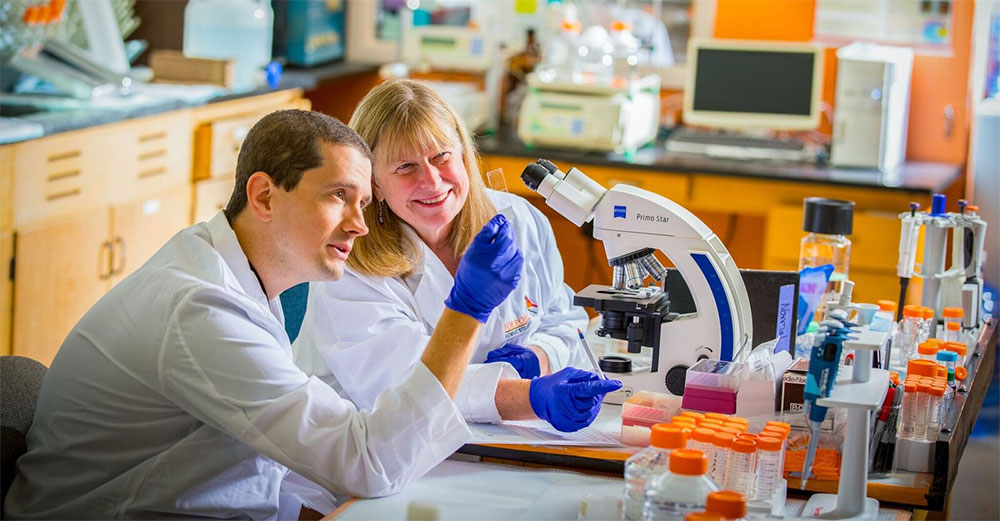 Research at SUNY sees many outcomes that provide huge benefits to society, especially in health care. Breast cancer is one area of health care that is advancing, thanks to the quality research taking place around it. Academics and scientists across the SUNY system have long been at work finding all kinds of breakthroughs in the way we treat, diagnose, and prevent breast cancer. But when personal circumstances affect a researcher, the work becomes so much more personal and important.

Here, in honor of Breast Cancer Awareness Month, is one such story.

Research Now On the Cusp of Human Trials

As an undergraduate at the SUNY College of Environmental Sciences and Forestry, Kate Rittenhouse-Olson, PhD dreamed of being an environmental chemist. But a stint in an immunology lab as an undergraduate kindled a passion for studying the immune system and its possible role in fighting cancer, an interest that grew stronger when she lost her older sister Robin to breast cancer in 1986.

Robin was only 31 when she died. She was a counselor and an avid gardener who planted thousands of flower bulbs at her home in Webster, NY, many shipped from Holland. “She began her career as a counselor at Industry State Home for Boys, which was a correctional facility for juvenile delinquents,” Rittenhouse-Olson said. “She took four or five of these adolescents, one at a time, as foster kids into her home when they finished their incarceration but had nowhere to go.”

With Robin’s death, Rittenhouse-Olson’s clinical interests became deeply personal, and the Rochester native committed herself to developing better treatments for breast cancer. She began that work at her lab at the University at Buffalo, where she was a professor of biotechnical and clinical laboratory sciences in the Jacobs School of Medicine and Biomedical Sciences. In 2012, she launched For-Robin Inc., a biotechnology company. The company is in the START-UP NY economic development program, and based on UB’s South Campus.

Says Jeffrey Dunbar, director of the UB Technology Transfer Office: “Kate’s company For-Robin exemplifies the SUNY Technology Transfer mission to commercialize research discoveries that benefit the public good. Kate is inspiring to work with because she is driven by her personal experience, losing her sister to breast cancer. Through Kate’s leadership, For-Robin has attracted millions of dollars in federal funding and support to drive an important therapeutic development program forward.”

At the center of the company’s efforts is a monoclonal antibody called JAA-F11. The antibody works by blocking the activity of an antigen found on about 80 percent of all cancer cells that ordinarily helps cancer cells spread to other tissues.

JAA-F11 also identifies tumors and helps guide the body’s white blood cells to kill the tumor cells. The drug can also usher chemotherapeutic agents directly to cancer cells. The targeted delivery allows destruction of the cancerous cells without harming healthy cells. And while the treatment was originally developed in mice, new humanized forms (hJAA-F11) have made it possible to avoid rejection by the human immune system.

JAA-F11 is even effective against human triple-negative breast cancer, a more aggressive form of the disease that lacks receptors that respond to common drugs that target estrogen, progesterone and HER-2 receptors. Recently, researchers at For-Robin have shown that hJAA-F11 can also kill lung cancer cells.

From Academia to Entrepreneurship

In 2017, Rittenhouse-Olson left her teaching job to focus exclusively on For-Robin. A year later, the company was selected to join the National Cancer Institute’s (NCI) Experimental Therapeutics Program (NExT). NExT works with successful applicants to bring improved therapies to patients with cancer by supporting the most promising new drug discovery and development projects.

“The NExT program has validated the quality of our purified anti-body, and also validated our studies that show the tumor targeting ability of humanized JAA-F11,” Rittenhouse-Olson says. “This third party validation adds value for future investors or partners in our company. We are looking for partners, venture funding, and/or grant funding for the clinical trials. We hope to do extended phase I clinical trials for breast and lung cancer.”

Breast cancer remains the most common cause of cancer among American women. According to the NCI, there will be more than 268,000 new cases of the disease in 2019, and nearly 42,000 women will die from it. As of 2016, there are more than 3.5 million women in the U.S. living with breast cancer. Nearly 13 percent of all women will develop breast cancer in their lifetime.

With the addition of lung cancer as a target, this antibody could reduce the number of deaths caused by another leading cancer killer of both men and women in the U.S. and worldwide.

“Before Robin died, someone told me I should tell her that we would be okay after she died,” Rittenhouse-Olson says. “She told me that she didn’t want us to be okay- she wanted us to be miserable, and then we both laughed, because of course it was true, and we were miserable.”

“Having this company and naming it after her and honoring her life in this way is a reminder that cancer is such a miserable thing. It would be worth all the hard work if we could make a difference and reduce the suffering.” 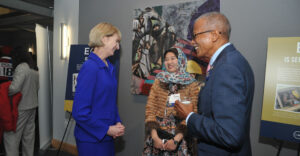 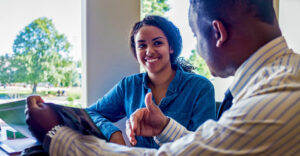