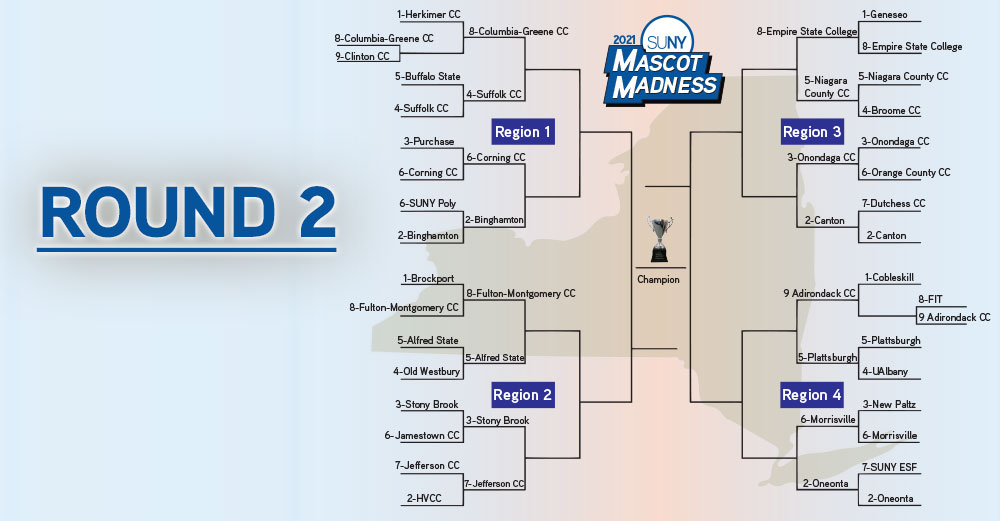 It’s been a most unusual year, but Mascot Madness is back! Our mascots have been itching for the chance to raise school spirit in any format they can get – virtual, hybrid, or in-person (socially distanceed!) From march 16 to April 7, 34 of our SUNY mascots will be competing for the title of New York’s favorite college mascot.

Round 1 saw a lot of close contests and some serious cheapest cialis upsets to start the competition. More than 13,000 votes were cast cialis on line canada for our competitors. Now in round 2 the competition gets a little tougher. 16 mascots remain, but who will advance to round 3? You help decide. 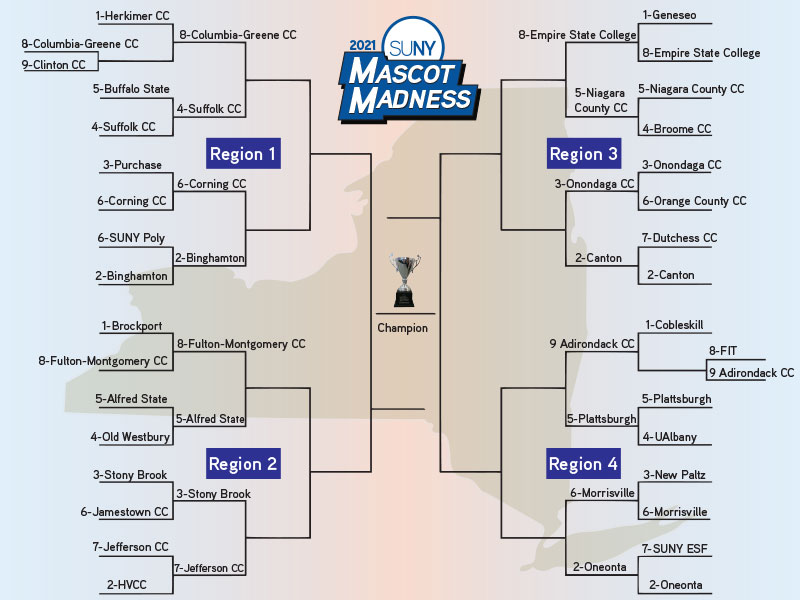 The schedule for this year’s tournament is as follows:

Fans will be able to vote once per day buying cialis no prescription per game. In order for your vote to count, you simply have to verify it via an active email address. Once the round ends, the competitor with more votes cast moves on to the next round. Round 2 begins Monday, March 22nd at 12:00pm and ends on Wednesday, March cialis alternative 24 at 3:00pm.