Good Venom: Could a Spider Help Save a Young Boy’s Life? 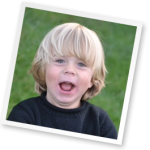 The problems began before JB turned 2. He was, by appearance, a healthy boy. But something wasn’t right.

Worried, his parents consulted with doctors and came home with painful news: Their son had Duchenne muscular dystrophy, a genetic disorder that causes a child’s muscles to waste away.

The disease afflicts only boys, and most victims are in wheelchairs by the time they’re 12. Later, the heart and diaphragm deteriorate, making it difficult to breathe. Few patients survive beyond their 30s.

JB’s story, however, is one of hope.

In 2009, his grandfather, Jeff Harvey, founded a small pharmaceuticals firm called Tonus Therapeutics with University at Buffalo scientists. The company’s goal is to develop a muscular dystrophy drug the researchers found in a peculiar place: the venom of a Chilean rose tarantula. 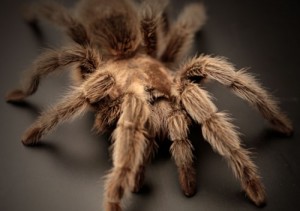 Meet Rosie II, the large, furry tarantula whose venom contains a protein that could be used to treat muscular dystrophy.

The scientists discovered the treatment while investigating the effect of venoms on cellular structures called mechanosensitive ion channels. Normally, the channels are closed; but with muscular dystrophy, the tunnels open and let calcium and other substances into the cell.

In the venom of the Chilean rose tarantula, the team discovered a protein that kept the ion channels shut.

Harvey, a stockbroker from Williamsville who was looking to invest in promising muscular dystrophy treatments, connected with one of the researchers in a moment of serendipity. He discovered Frederick Sachs, SUNY Distinguished Professor of physiology and biophysics, through a Google search.

Within months, the men launched a firm with Sachs as president and Harvey as chief financial officer.

Today, Tonus Therapeutics is testing the protein therapy in dystrophic mice. Initial experiments found that the animals gained strength and suffered no toxic reactions while on the drug for more than 40 days.

The protein used in studies is synthesized in the lab, and is a mirror image of the original tarantula protein, a change that improves the drug’s effectiveness.

The therapy is not a cure. But if it works in humans, it could extend the lives of children like JB for years—maybe even decades.